We read horror stories about the Mexican checking-in process in general and on Isla Mujeres in particular. We were told that we will be lucky if we will make it in two days, for some it took five. And on Monday it is carnival in Isla Mujeres and people told us all the offices will surely be closed. With all that said we decided to use the help of an agent from a nearby marina but he refused to help us claiming the law changed last week and he cannot represent us. We think that he is simply not

supposed to help boats who are not staying at the marina. But anyhow we realized we were on our own and so we headed for the harbour master’s office armed with our passports and boat documents, water, snacks, good humour and plenty of patience.

The harbour master wrote us down a todo list of all the papers we needed to photocopy and the offices we needed to visit in order to sign those photocopied documents. He even drew us a map of town with the photocopy place, the bank and all the different offices we must visit. Ah, and by the way, he closes at 14:30 he told us, it was already past 10. 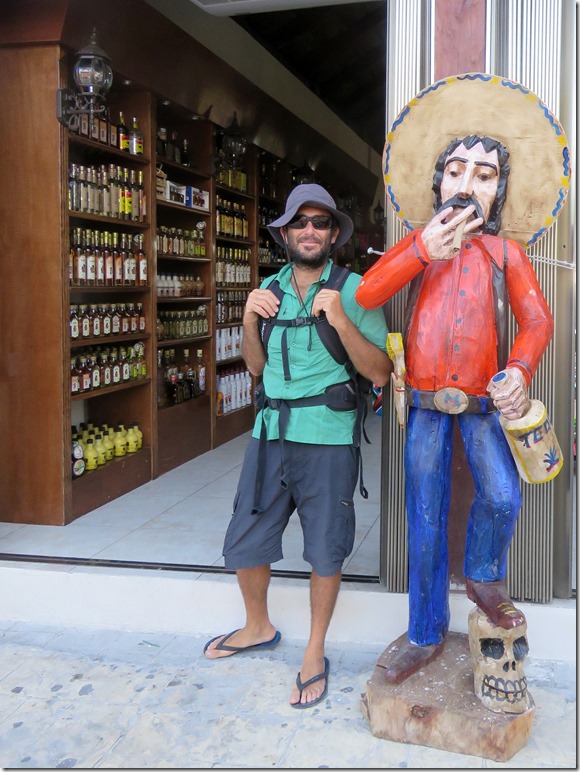 So our trip started at the local print-shop to make a total of about 40 copies of different documents followed by a quick visit to the hospital (at the other end of the island; instead of taking taxis as the harbour master suggested we hitchhiked both ways on one of these funny golf-carts that both tourist and locals use to drive around the island), where a doctor took our temperatures by thought only, asked if the kids feel alright filled and stamped some documents and bade us farewell. Than we had to get back to town, go to the immigration office, fill and stamp more documents, go to the bank, pay and get some more papers, go back to the immigration office, stopping in one of the souvenir shops to buy a Mexican flag, fill some more documents, head back to the print-shop because apparently we were missing some copies, fill up some more documents and head back to the harbour master’s office. Enjoying on our way colourful bands dancing in the streets – it was carnival after all. 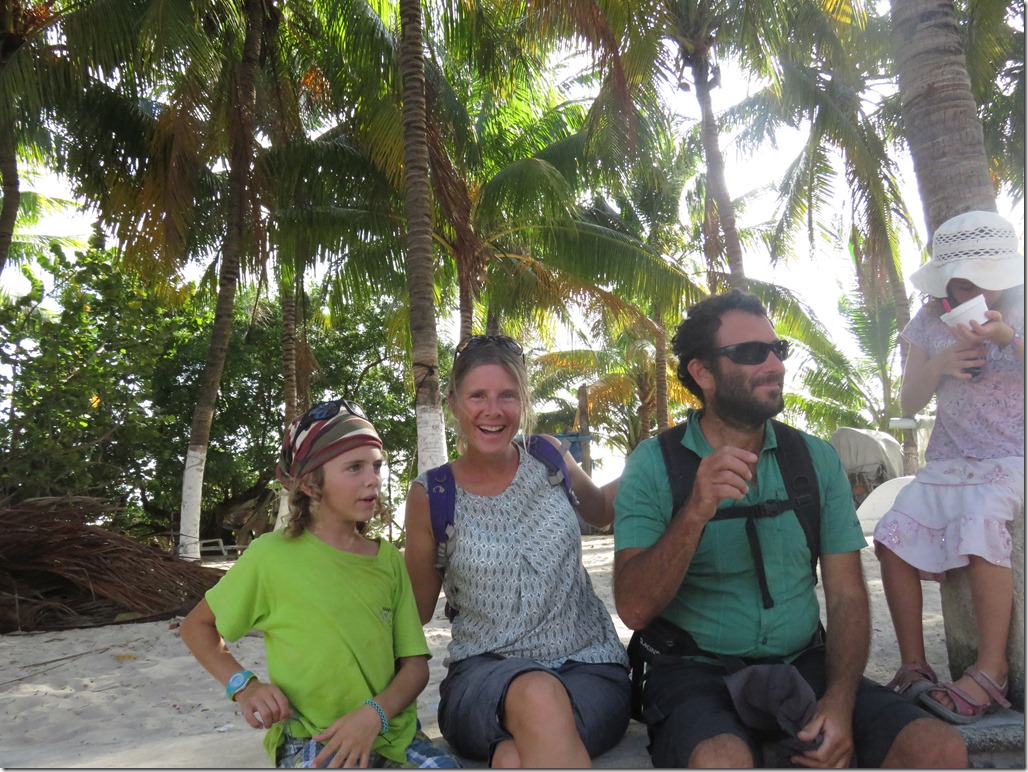 Between the many offices we had to visit we found time for an ice cream brake. Photo taken by Adi 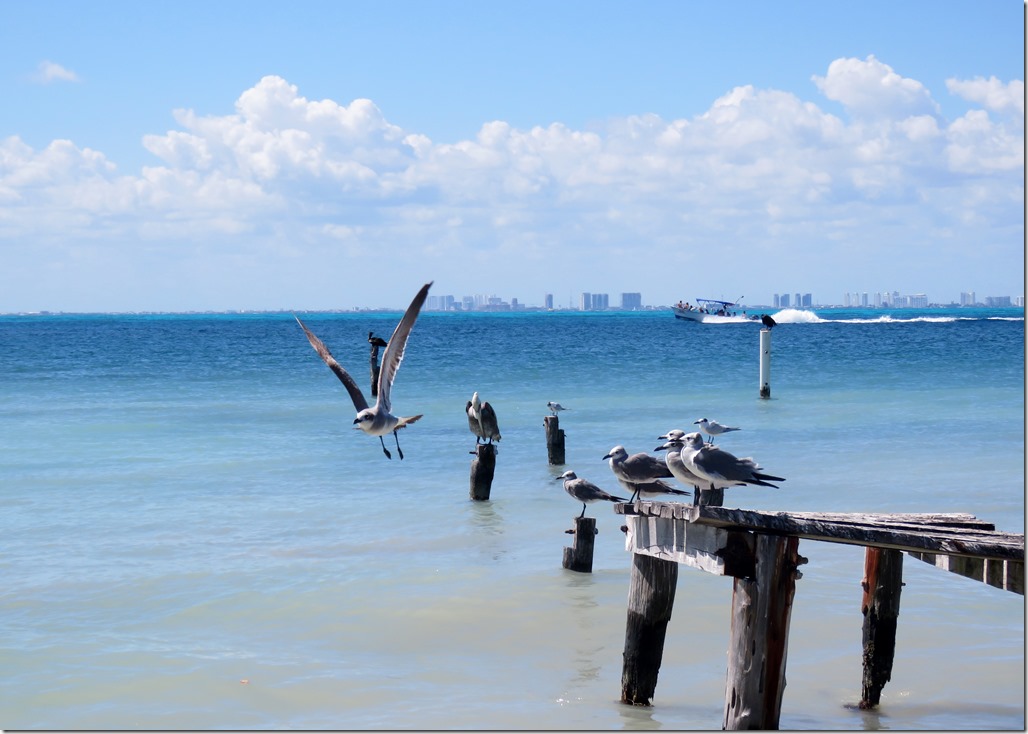 Cancun in the distance

Back at the harbour master’s office we had to wait for agriculture and customs officers. In the meanwhile we went again to the bank to pay for some other thing and get some more signed papers. Virginie took the agriculture officer back to our boat to check our ‘stores’, that is, fruits, vegetables, meat etc. He filled plenty of other papers as did the customs officer. And with a folder full of signed documents (I’m afraid they had to cut down a little forest for all these papers) we could finally go back to the harbour master. It was a little after 1 pm so still plenty of time before he closes. The harbour master disappeared into his office together with all our documents. Now was the only time we had to wait during this whole process and for no apparent reason. It was only half an hour but a very long half an hour. And before 14:00 we at last became legal visitors in Mexico. 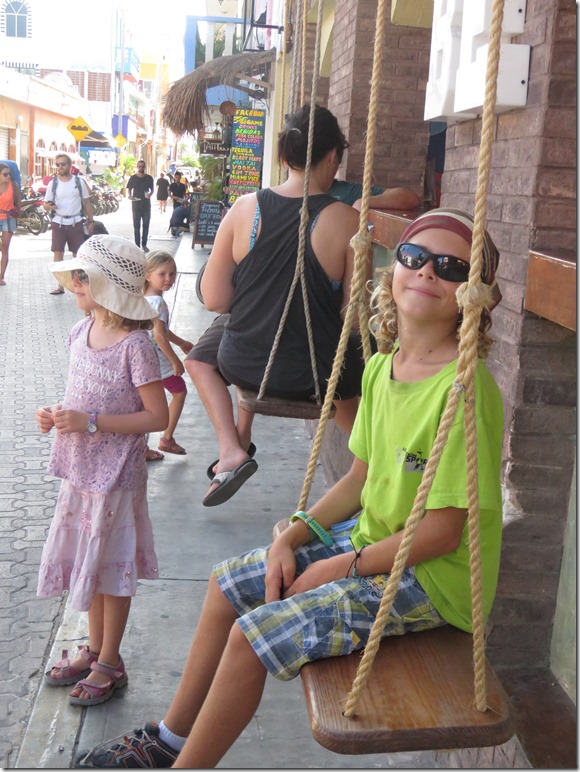 There is always somewhere to sit in downtown Isla Mujeres

But the bureaucratic process did not end here. If you stay in Mexico for more than two weeks you have to obtain a temporary importation document for your boat. This can be done only in Cancun. And again there are horror stories sailors like to tell of how they were sent back 3 sometimes even 4 times because one paper was missing being told to come back tomorrow. We went to Cancun to do our TIP as it is called a week later and surprisingly it went smoothly. We did have to go to a nearby hotel though and ask for another photocopy of one document that we were missing… 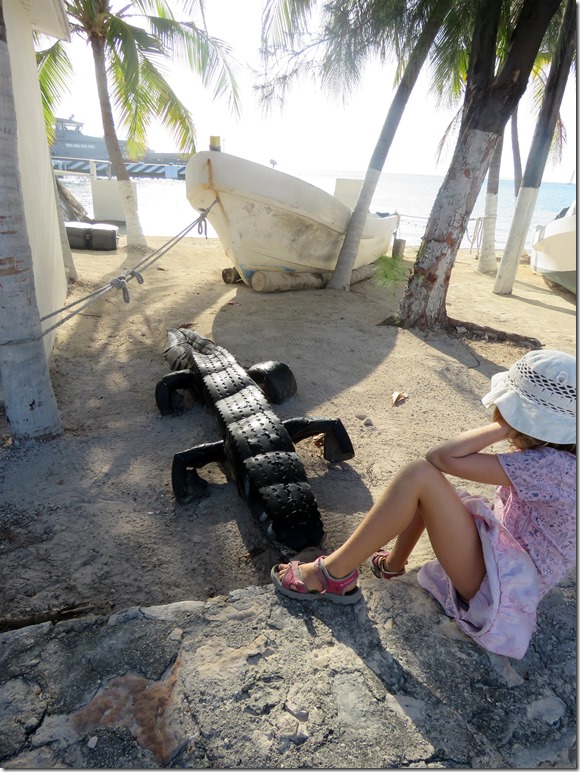 Isla Mujeres has it’s own crocodiles

Just as a comparison, when you enter any of the French Caribbean territories you walk into the nearby marina where you can find a lone computer, you fill up a short form and press print. You go to the counter sign the document and say thank you. Quick, efficient and free. By the way, we paid about 250 USD for the whole process, including the TIP. An agent would have cost another 100 USD. 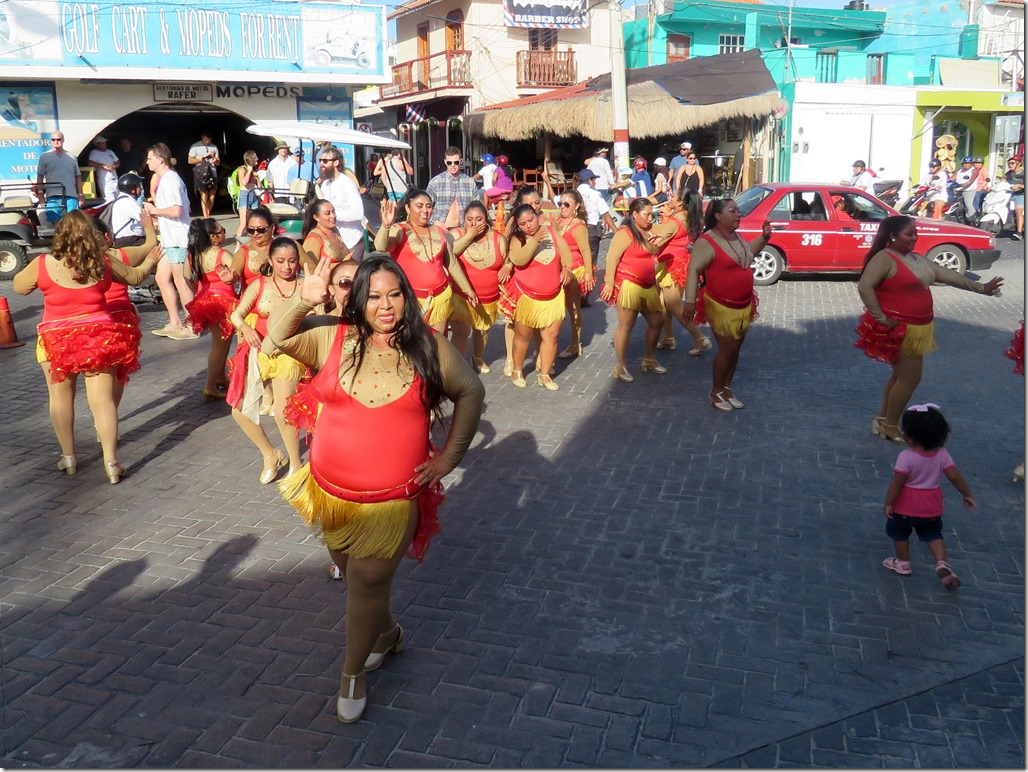 Carnival in the streets. Well, this was only the warm up for the real thing 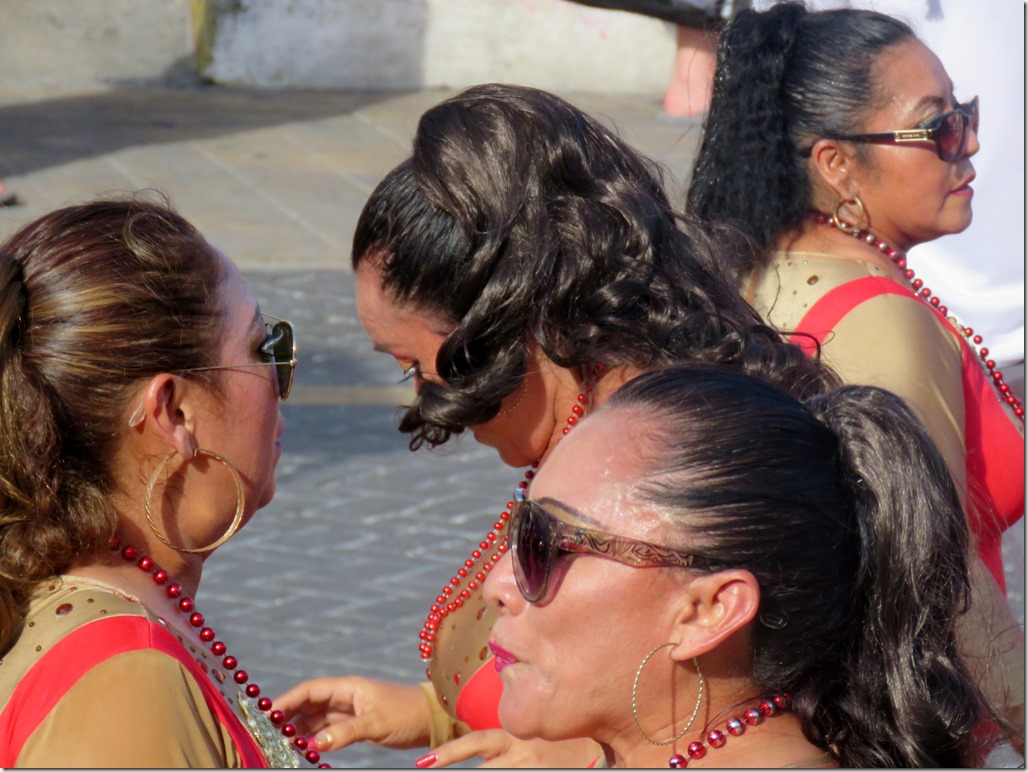 We were very happy with ourselves as it took us just a little over four hours to finish this bureaucratic joke and we actually had fun during the process. We got to visit the island, walk around the town’s colourful streets, meet some very nice people on the way and, most importantly, see how our kids took the whole experience with humour and patience. Just as everyone should do. 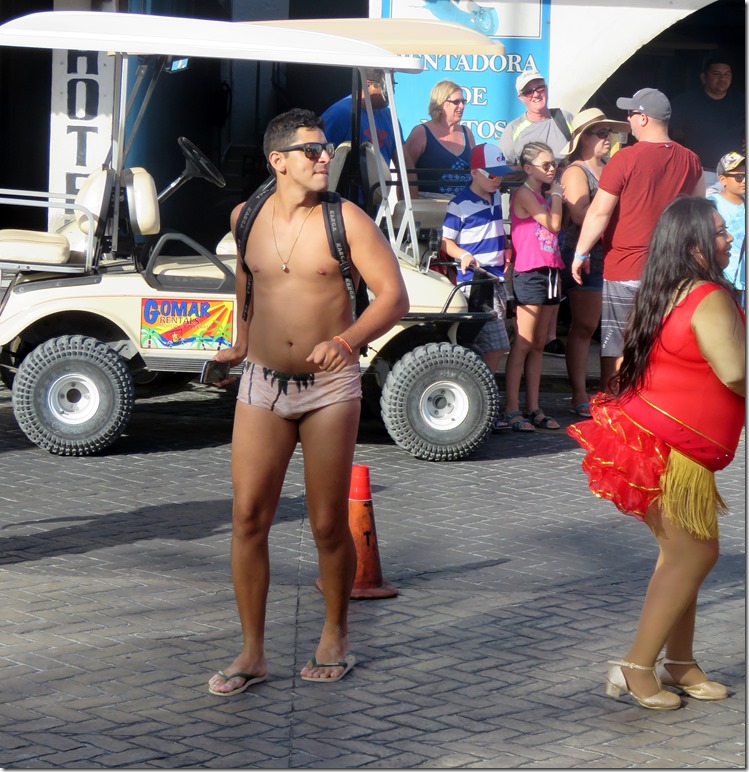 This guy must have a good sense of humour…