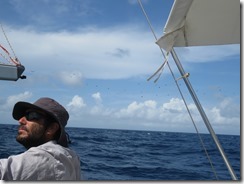 We were a little stressed before we left Cabo San Antonio, the westernmost point of Cuba. The distance to Isla Mujeres in Mexico is a little over 100 miles so not even 24 hours of sailing. But it’s the Gulf Stream crossing that makes this passage a bit more stressful. It was our third crossing of the biggest river in the world – our first time was almost two years ago when we sailed from Bermuda north to Maine and the second time on our way to the Bahamas 6 months later. Between Yucatan and

In the guidebooks they suggested going as south as 20°30’ North parallel – about 70 miles from Cabo San Antonio, before heading due west towards the continent. This will add 50 or even 60 miles to the passage. Being south from our destination will allow us to sail west while the current carries us back north. The idea is that like with busy highway you should cross spending the least time on the road. The reason being that when the wind blows against the current very rough seas can develop and those the Gulf Stream is not a place to be if the wind comes from the North. Another reason for crossing The Yucatan channel as quickly as possible is the commercial traffic which uses the channel as the main route from North America to South America and the Panama Canal. 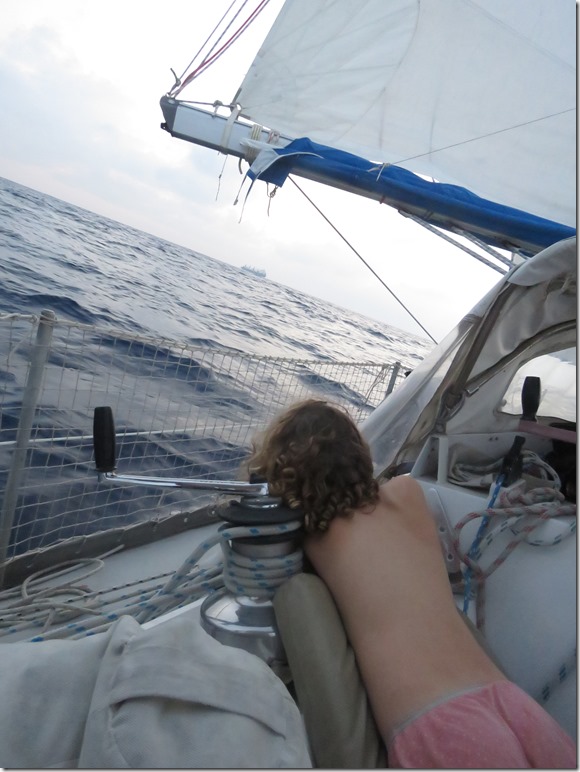 We hesitated for a while but finally opted for the direct route. The forecast was for North-easterly becoming east winds at about 10 to 15 knots so nothing too exciting and it seemed that crossing the Gulf Stream in this conditions will not involve any danger. And with the AIS and the radar the commercial traffic wont impose any real problem either. 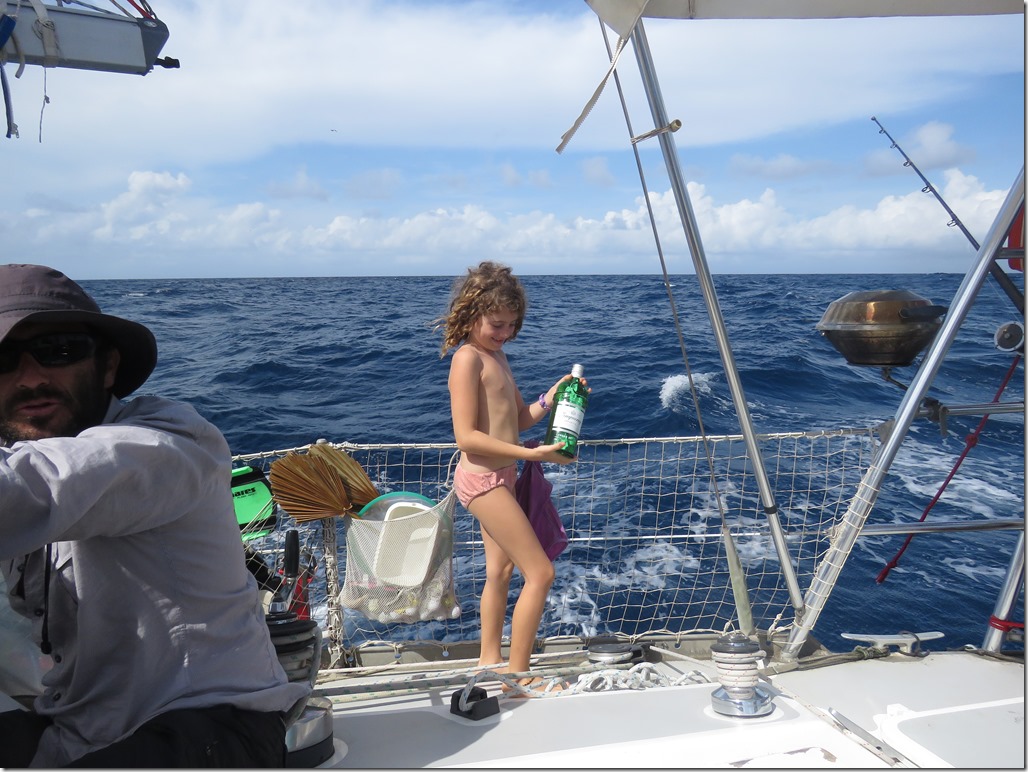 A message in the bottle – the third we throw overboard since the beginning of our trip. So far no one found any of our bottles.

The wind, like always, is never as predicted and it blew a little stronger but from the right direction that allowed us to head directly towards our destination. We did cross the way with plenty of tankers, cargo ships (the cargo of one of these were a couple of big motor yachts) and plenty of those floating hotels – huge cruise-ships. 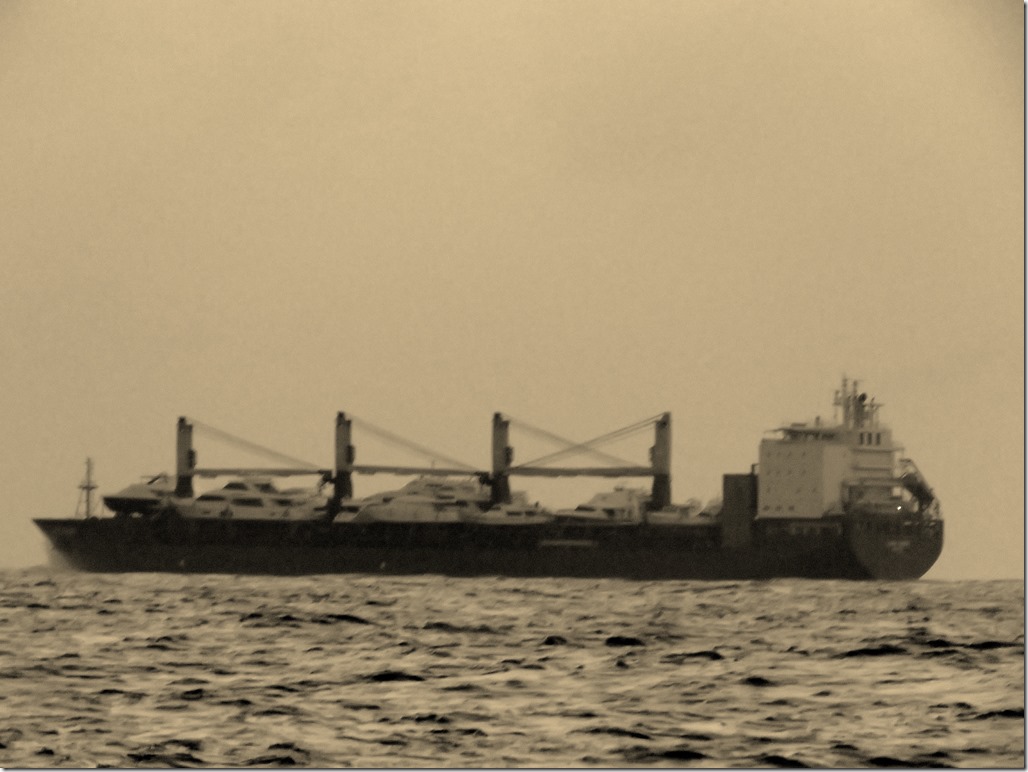 recognize your yacht anyone?

During the night we made great speed and hardly felt the effect of the current and things kept going smoothly until about 18 miles away from our destination. Suddenly the sea became very confused with waves coming from all directions shaking and rolling Nomad. They were not very big some were breaking and the sea looked enraged. The wind was still blowing at 15 to 20 knots apparent from behind. We had our full main sail and Genoa out but Nomad could not make more than 2.5 knots. We would surf some waves and reach 3 maybe 3.5 but than on the back of the wave will see one knot. After an hour of what sailors like to call a washing machine in which we advanced less than 2 knots towards Isla Mujeres I decided to turn the engine on and together with the sails we managed to average 3 knots for the next 2 hours. Than the sea calmed down again as if someone found the right words to calm an angry child. For a while you could still see the enraged angry sea behind us with its white caps blowing downwind but we were sailing in a much calmer sea and we were less than 12 miles from Mexico. 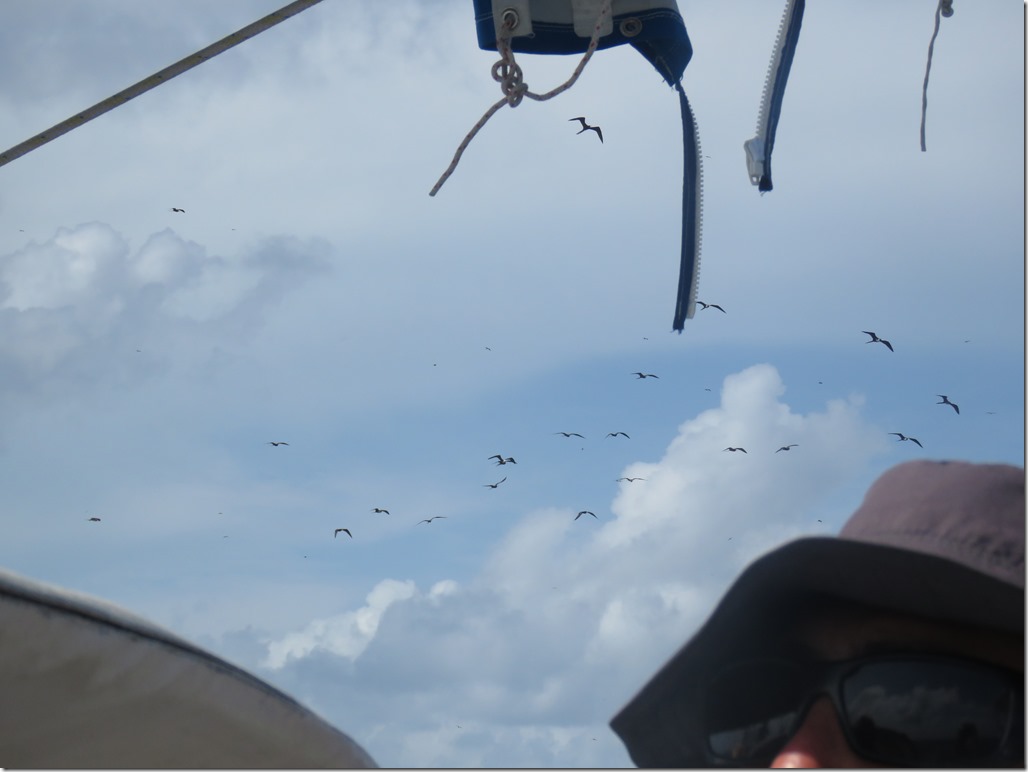 In the last hour we were welcomed by hundreds of Frigate birds flying over our heads – the sure sign of land as these sea birds never land on the water because their feathers don’t have the oil other seabirds have to expulse the seawater. 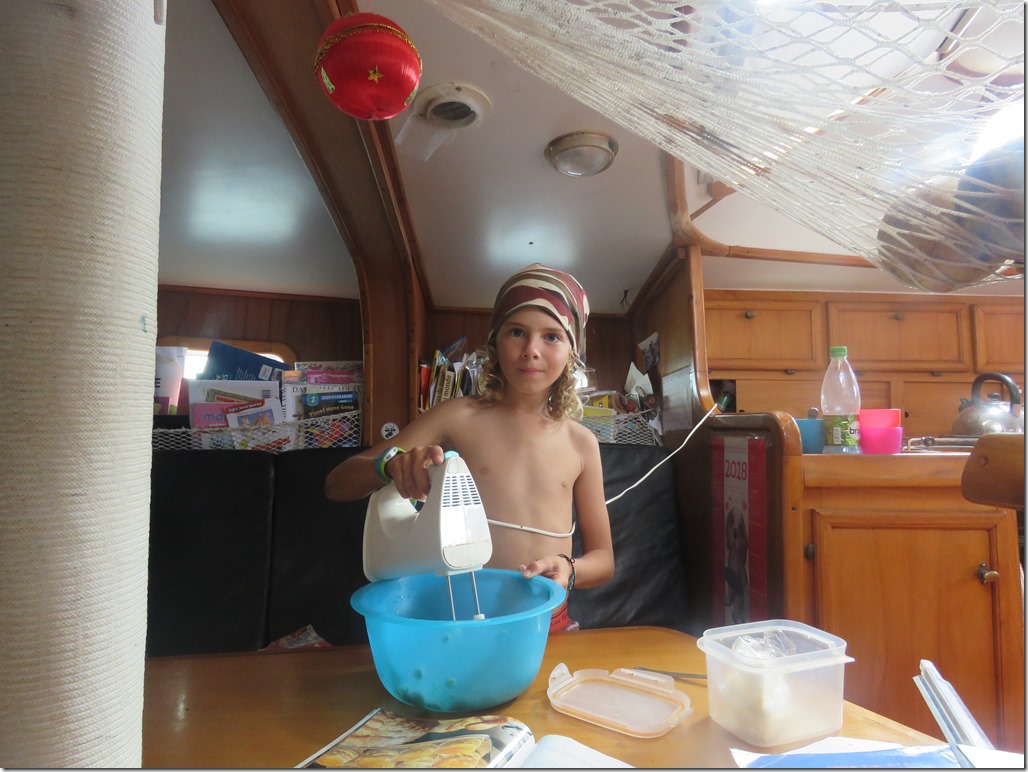 Amos preparing us creps for breakfast! 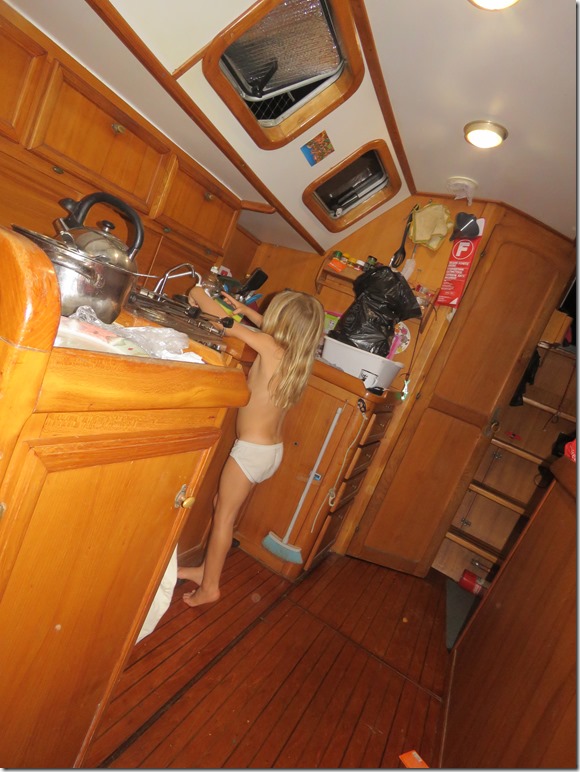 and Adi is making the dishes…

Heavy dark clouds rolled in hiding the American continent. The wind blow harder and strong rain started falling. At the anchorage there were at least two dozens of sailboats, two tall Dutch tall-ships and one mega yacht with a dinghy the size of Nomad. We dropped the anchor between a small wreck and a little mangrove island as far away from all this mess as we possibly could. Welcome back to civilization.

As a first impression, this place had all the things we usually run away from. We were tired and wanted to sleep. We already started having nostalgia for Cuba and it’s deserted Cayos. Luckily impressions can sometimes mislead and Isla Mujeres turned out to be a real gem. 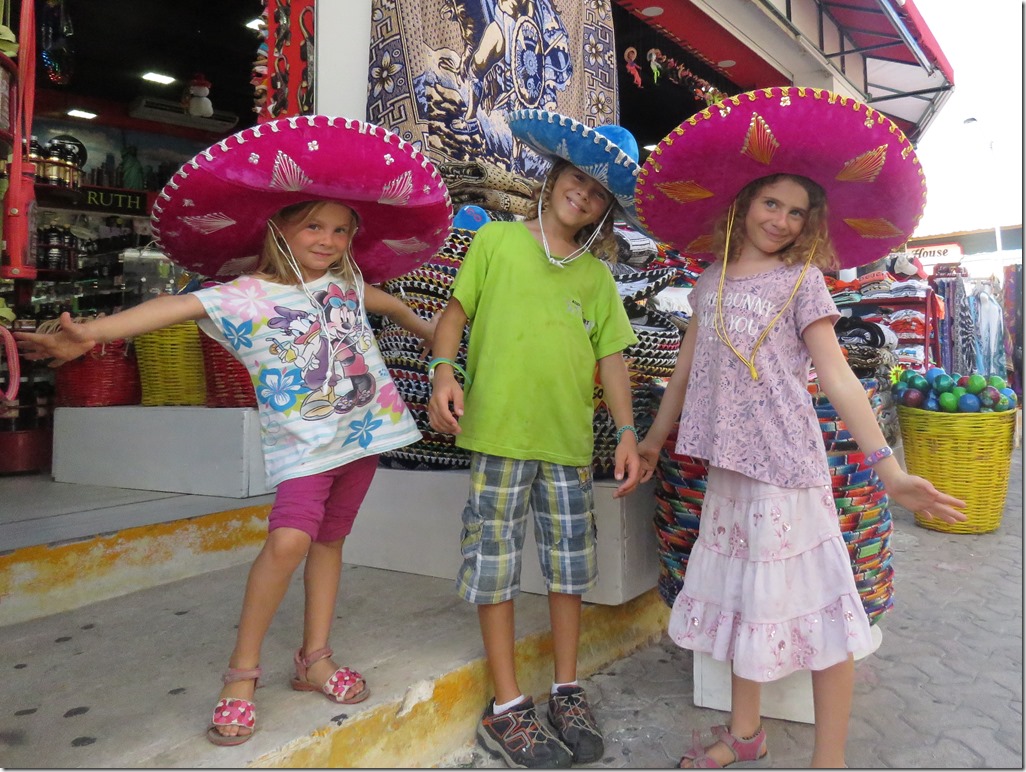