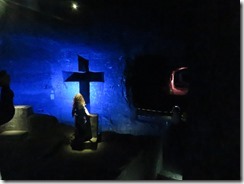 The area surrounding Zipaquire, a small town about an hour north of Bogota, used to be covered by a very salty ocean millions of years ago. The water disappeared but the salt was left behind in the rocks. The indigenous people noticed that some rivers were salty so they collected water in jars, heated them so the water got evaporated while they can have the salt. When the Spanish arrived they started to exploit the salt on a much bigger scale – using mines to extract the salt directly from the mountain’s rocks.

At a certain point the miners decided to build a sanctuary for prayers and protection. This little sanctuary got bigger and bigger and today there 14 chapels and a cathedral all carved inside the mountain. The mines are still active but on a lower level and today they extract the salt by driving water into huge holes they dig than pumping that water out again but this time the water contains lots of salt – brine. 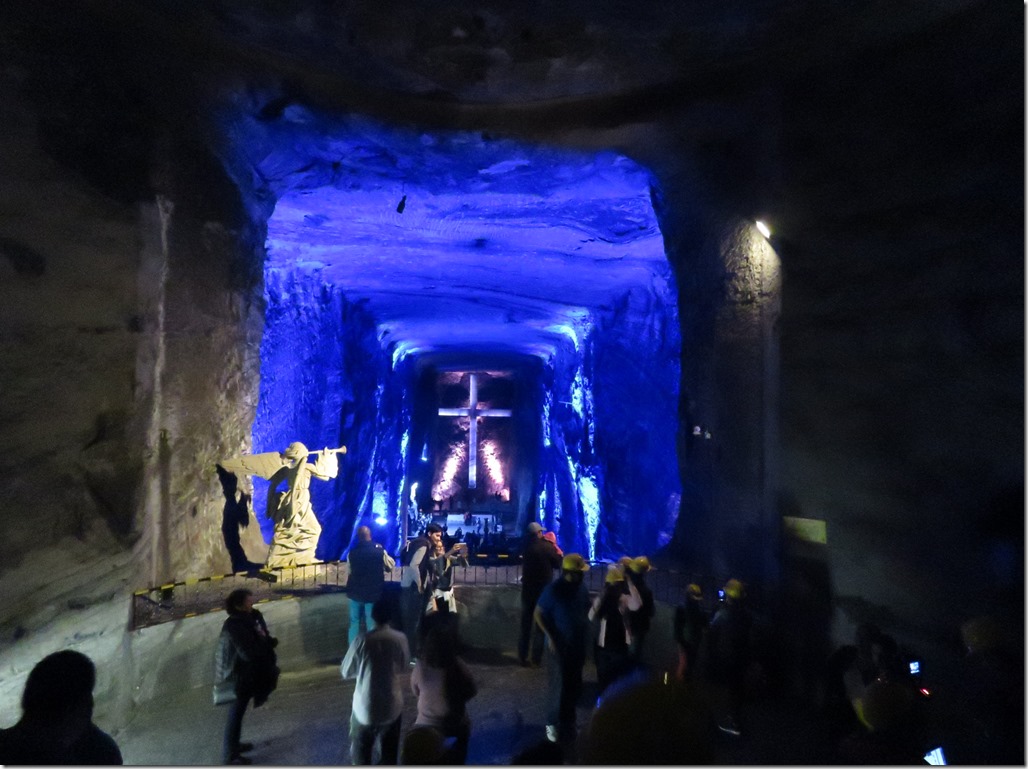 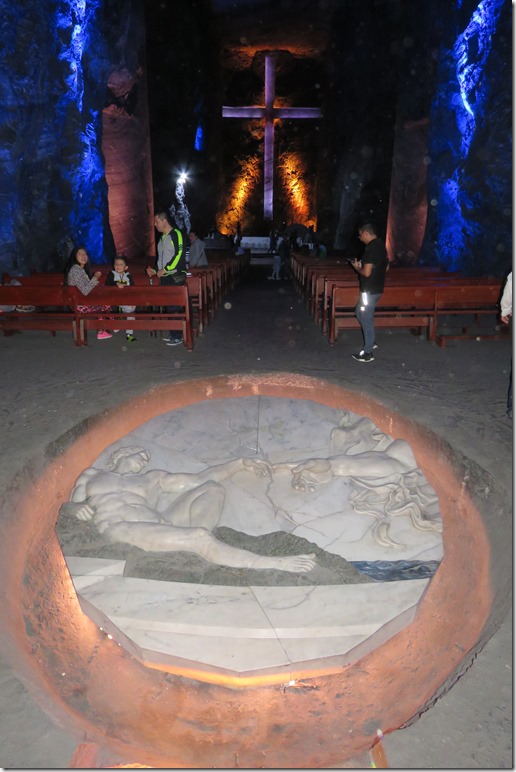 the Colombian version of Michelangelo’s Creation of Adam

Walking inside these huge tunnels with shinning walls (from the salt crystals) and crosses carved all around is quite an experience. Actually the salt cathedral is not only a cathedral its like a little village with shops, restaurants, cafes, cinema and artisans market. We’ve been told that on some weekends there are a couple of thousands of visitors in this underground dungeon. You can even rent the place for a wedding. 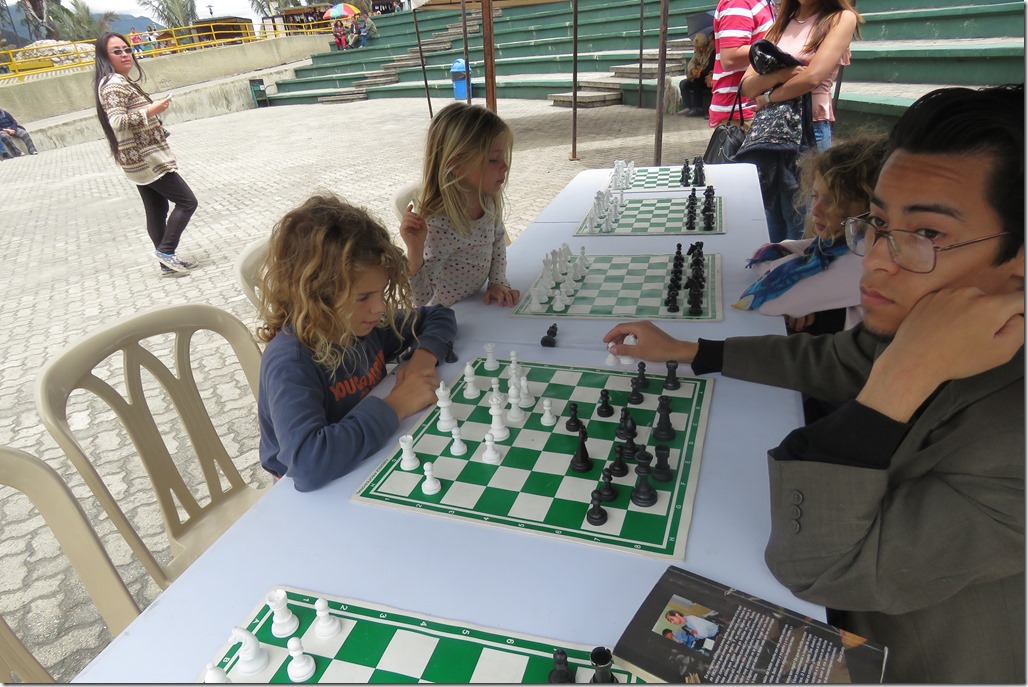 Amos always finds someone to play chess with. In the beginning of the game this guy did not take our little Amos seriously not until he (Amos, of course!) checked him.. At the end it’s the guy with the glasses that won. But Amos played really well! 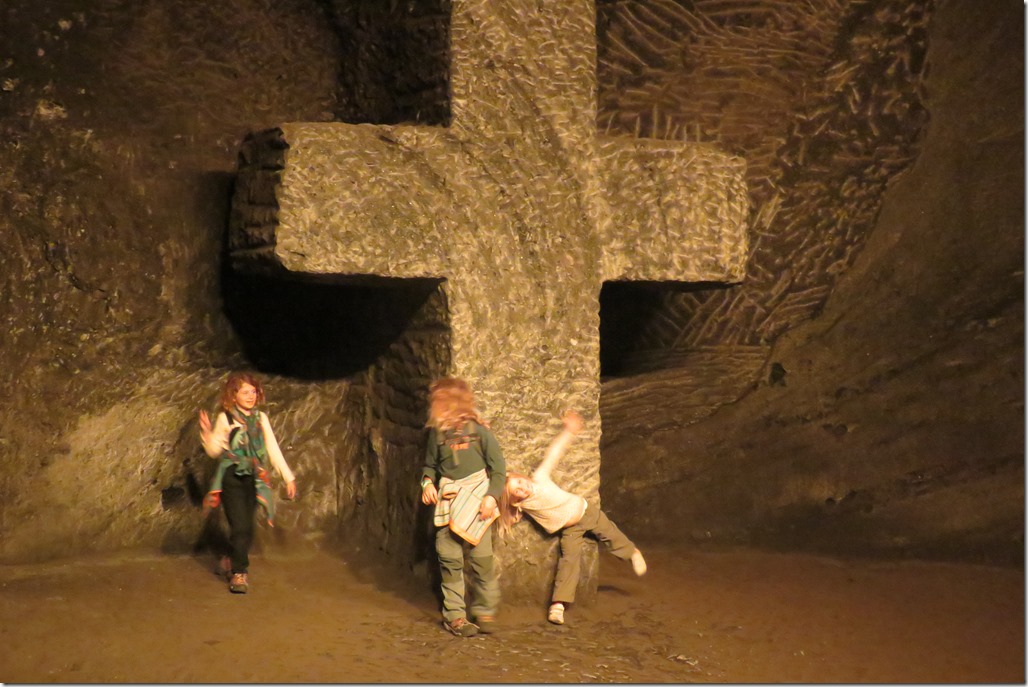 Kids making a little fund next to one of the many crosses 200 meters deep under the mountain. 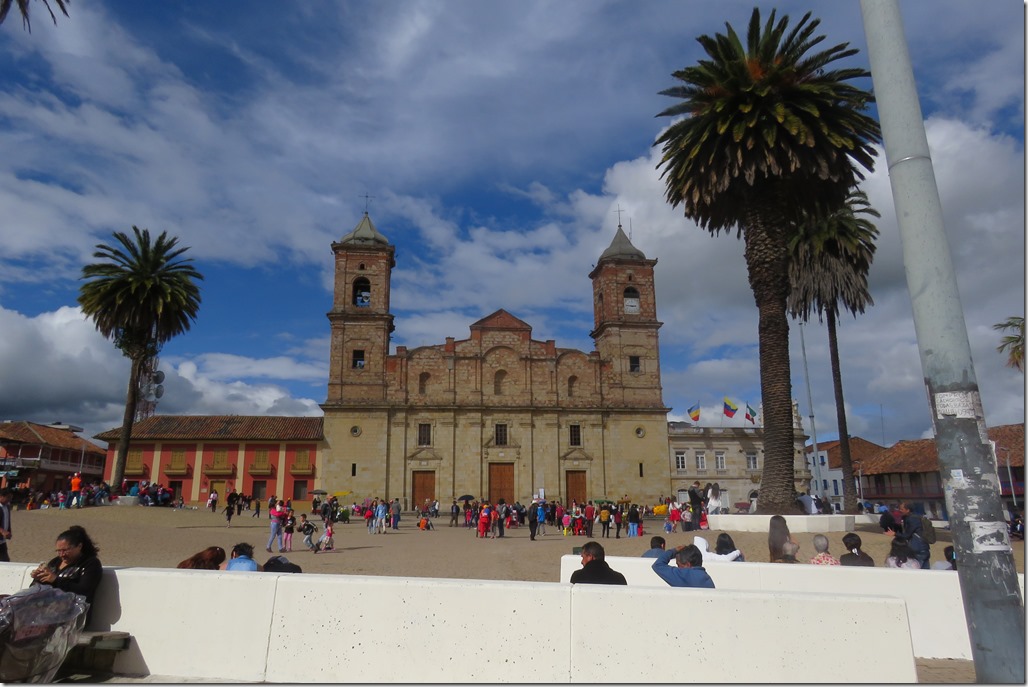 Zipaquira’s other church and town square.