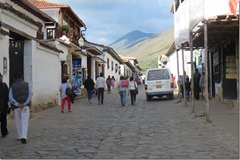 One taxi, two buses and a couple of hours moving around with our home on our back and we arrived in Villa de Leyva. A little picturesque town with white houses where the rich of Bogota come to enjoy their weekends. The surrounding hills are very arid and they add to the wild west atmosphere. We stayed at a little finca in a small room with one double bed and one bunk bed. Every night we took the mattress down because the bed had no barrier so no protection from falling and we

were did not want to wake up with the sound of a kid hitting the floor (you know, waves, rough seas, and the like). Each time we arrive in a new hostel the kids are all excited, new beds, new showers, new garden, new people, new animals, new home. Traveling by boat is so much simpler – we always carry our home with us. Backpacking is more demanding especially on the kids side. They get used to all these new things and two days after we tell them, pack your stuff, we’re moving to a new place. And they need to get used to a different set of new things. 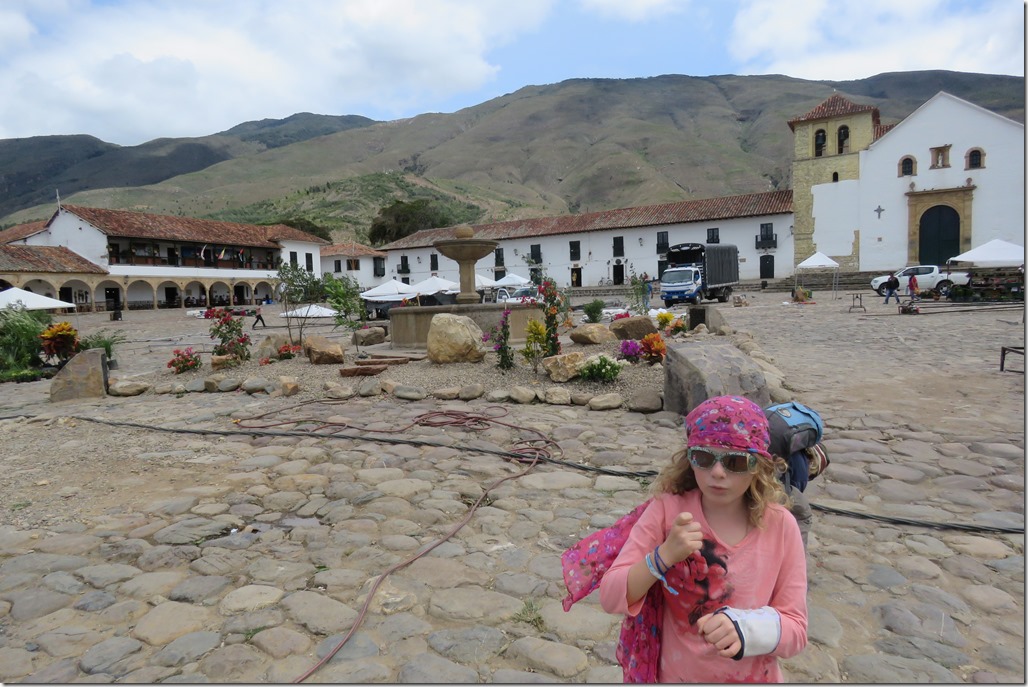 But the new people we meet at each of these places is one of the main reasons for travelling. In the cruising world the contact with other cruisers usually comes very easily as we have so many things in common – we all have the same problems and know and understand each other. With the backpackers we noticed that it was harder to make contact. Maybe it’s because we are a family with 3 little kids, maybe it’s because we are considerably older than most of the other backpackers. What we experienced is that in the beginning when other traveler meet us they seem to avoid us. Maybe we remind them their parents, home and everything they are actually getting away from while travelling. But after a while, they do get interested and open and a window for some interesting exchange open. In Bogota, for example, the other travelers were young, mostly from Holland and Germany and they were more interested by how to get that other traveler to bed tonight than by talking to us or our kids. But one night, while I was playing chess with Amos one of the travelers came to our table and started talking about how he liked as a child to play chess and so he ended up losing to Amos (well, in one of the three games they played against each other he did loose).

But here in the hostel in Villa de Leyva we met some great travelers. Most notable was a couple, he is American, she is from Peru, travelling in their van from Long Island, New York since 2 years now. They are on their way to Patagonia. Being surfers they almost always traveled near the sea and as they are not sailors they never thought of doing this by sailboat. Not until now… 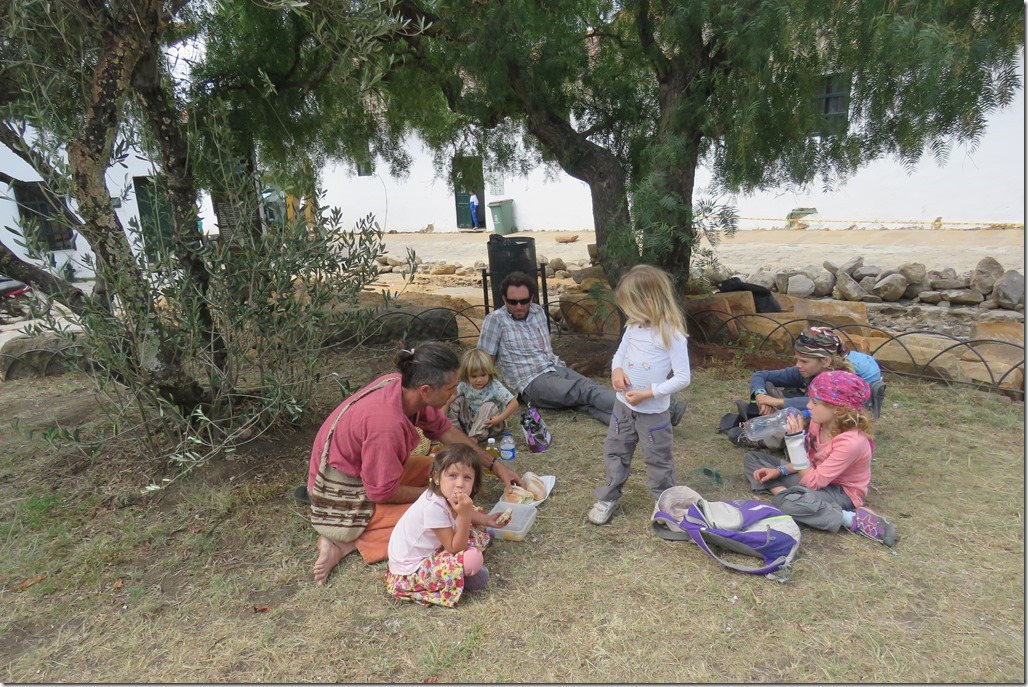 We were sitting in the town square simply people-watching when I see bearded man with long curly hair and two little kids walking beside him. He did not look Colombian but he did not look like a tourist either. We wave hello to each other and a minute after I see the man enters a shop with one of the kids. The girl did not notice her dad went inside the shop and she starts looking all around a little panicked. Than she screams – Abba! Abba!. So I tell her, in Hebrew, don’t worry, he just entered the shop here. She looked at me surprised. Well, we were as much surprised to hear her talking Hebrew!

When her father comes out of the shop we start talking. His name is Nitzan, he is married to a Colombian woman. They were living for four years in Israel and since one year they moved to Colombia, they live in a finca about 10 minutes from Villa de Leyva.

He invited us to his home. On the way our kids joined his kids for an hour of Yoga lesson and we spent the rest of the day with Nitzan and his family. 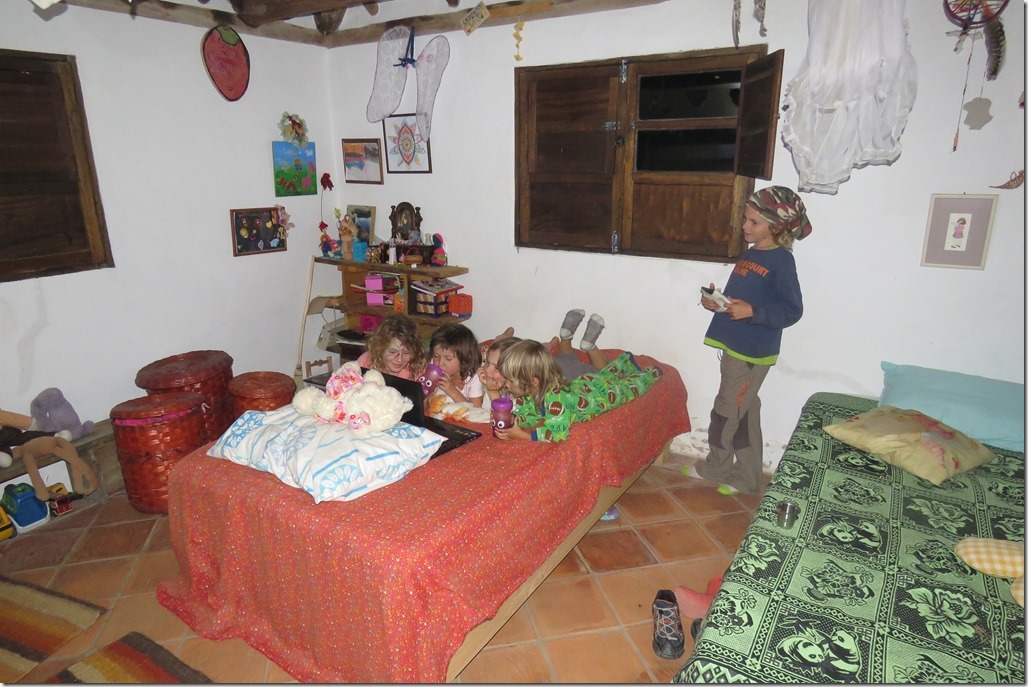 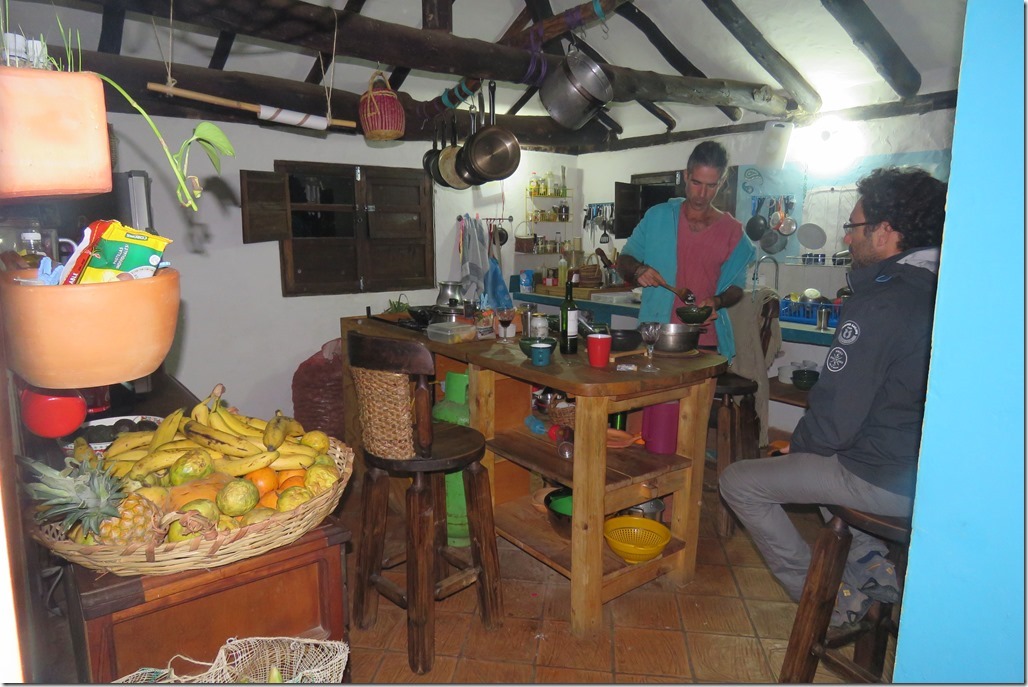 The next day we went on a bike tour to Pozo Azul – a natural pool a couple of kilometers away from town. We paid 7000 Pesos per bike per hour (a little less than 3 USD) but honestly, they should have paid  us to use these bicycles. They were in a very pitiful condition. Brakes did not work, gears did not shift and they made lots of strange noises all along. In town with the cobbled stones and the cars it was very hard to ride them especially as for our kids it’s more than two years they did not ride bicycles. But once we got our of town and the street became a dirt road kids handled it much better. Until the flat road became an uphill which very hard with no lower gear and when we reached the top of the hill going down without brakes was even harder and more dangerous.. So some of us spent more time pushing their bikes than riding them.. But we all had great fun and even if during the day the kids seemed to complain quite often, by the end of it they complained we had to bring back the bicycles – they wanted to keep on riding. 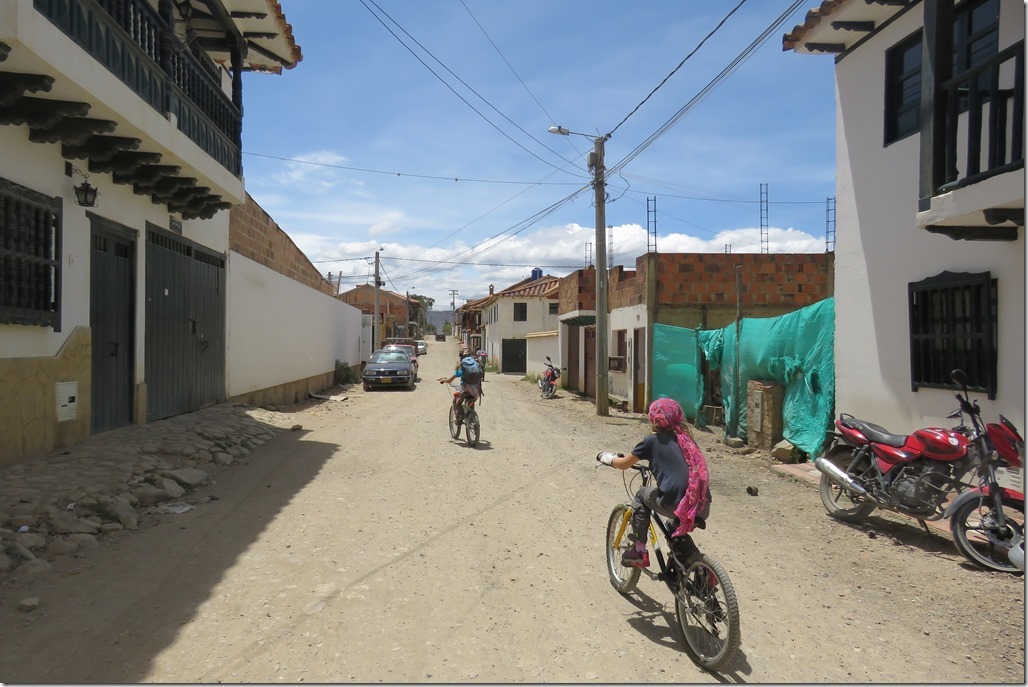 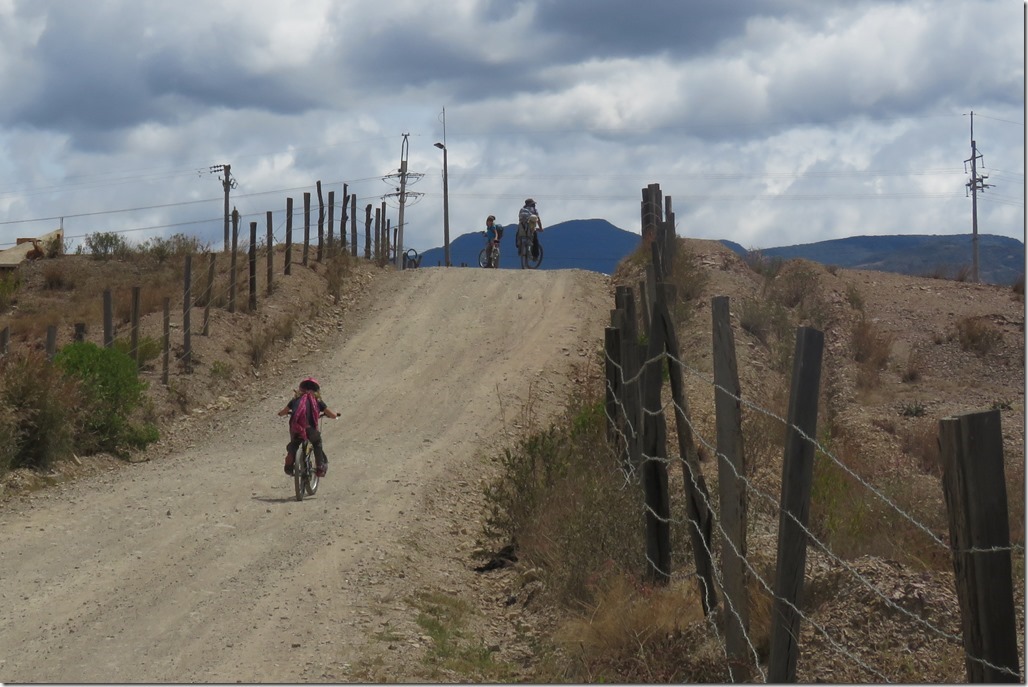 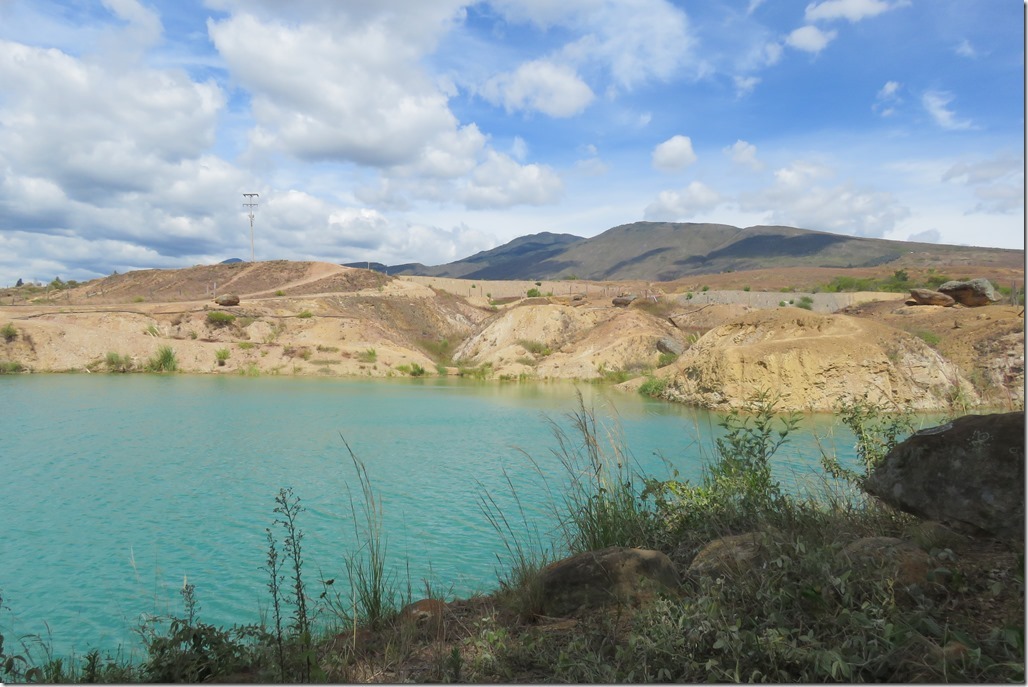 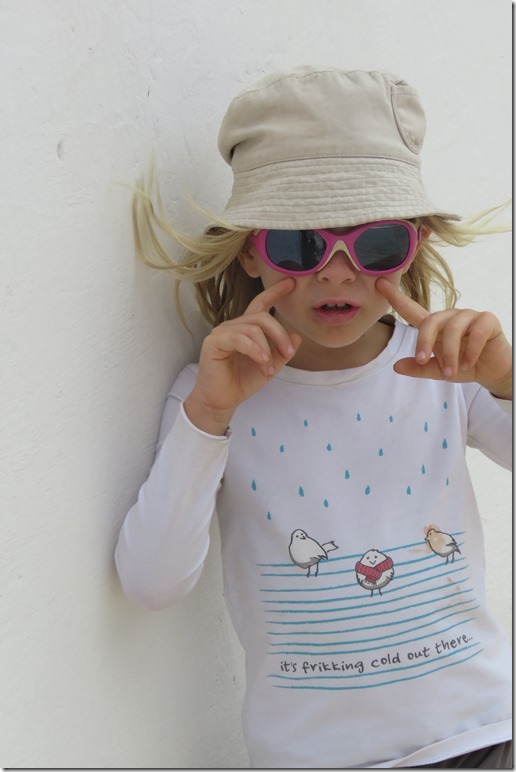