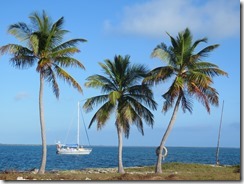 After a night sail from Casilda we dropped the anchor outside of Cayo Largo – a small island where no Cuban permanently lives on the islands. The island was developed by the government as a tourist resort with hotels, restaurants, bars, cigars shop, turtles farm and a yacht charter base. You cannot be further from authentic Cuban than Cayo Largo. In the evening we could watch the semi-wild crocodile that lives in the mangroves around the marina. Semi-wild because every

day at sunset the local fishermen feed him from the dock. But now that we saw the only real attraction of this cayo it was time to keep on sailing to other cays to look for what we really came to find – deserted anchorages, good fishing and above all – simple and authentic Cuban people. So early the next morning we sailed to Cayo del Rosario. 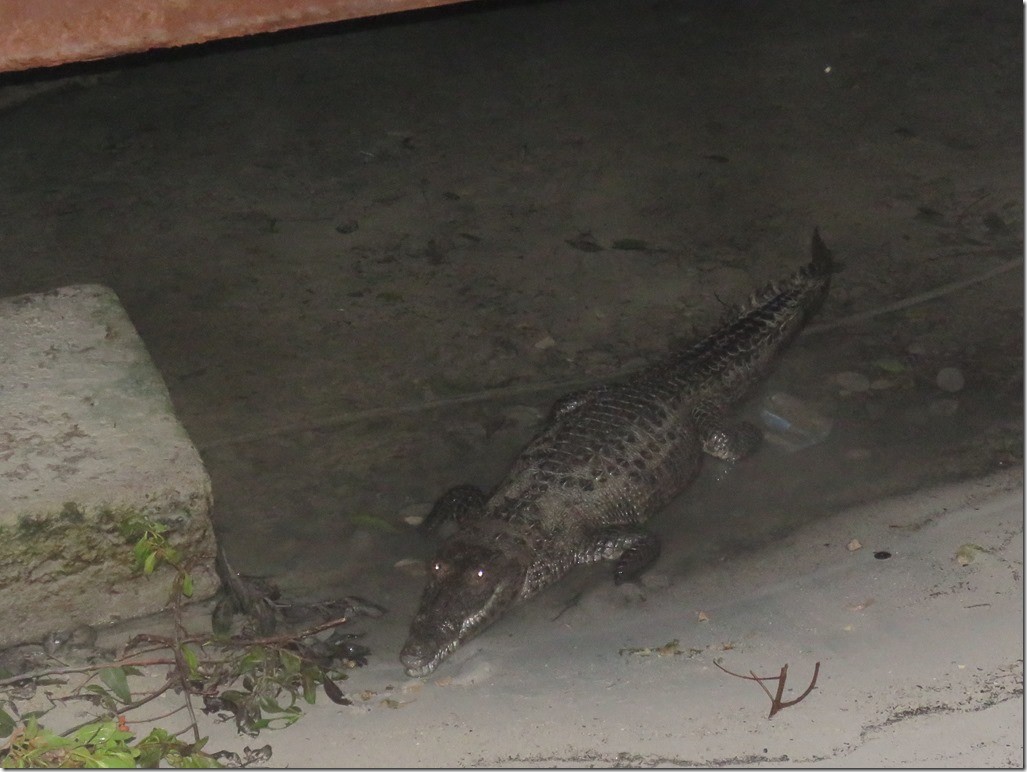 The crocodile in Cayo Largo 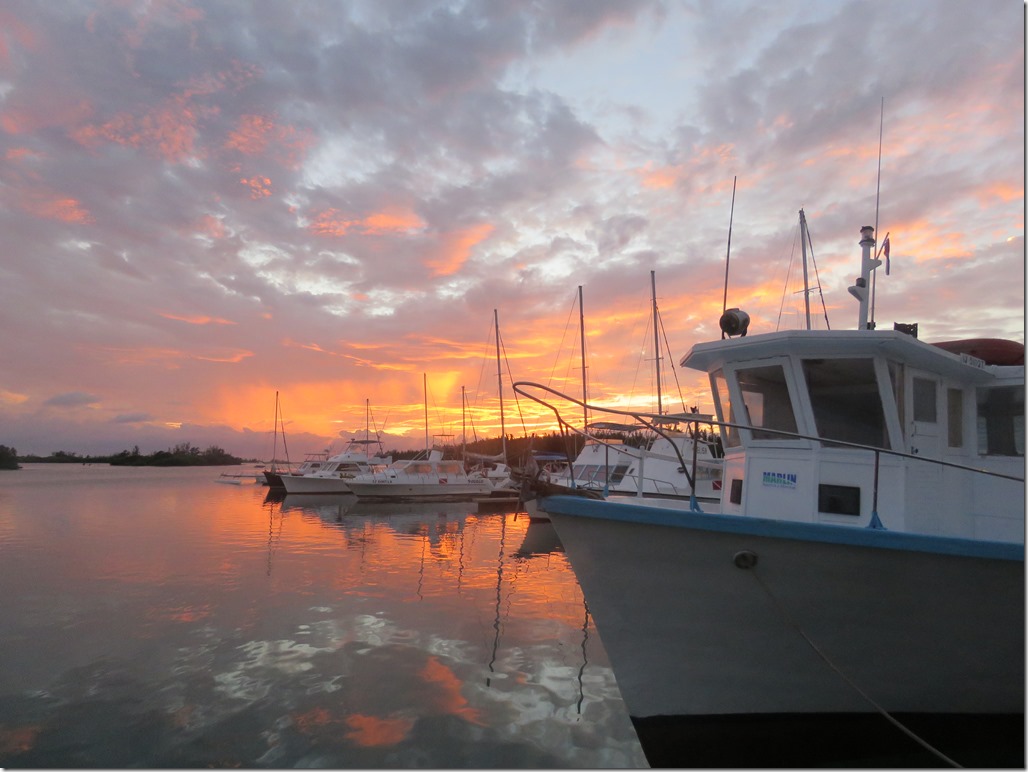 The Cuban charts we have are unreliable and we already learned to trust only eyeball navigation. Even though the charts showed a big zone of 0.2 meters we could sneak in between the island and the reef almost all the way to the beach. There, we were once again alone in this world. Only the waves that brake on the reef, the pelicans and gray herons that hide in the mangroves next by and millions of stars above. The place was beautiful. 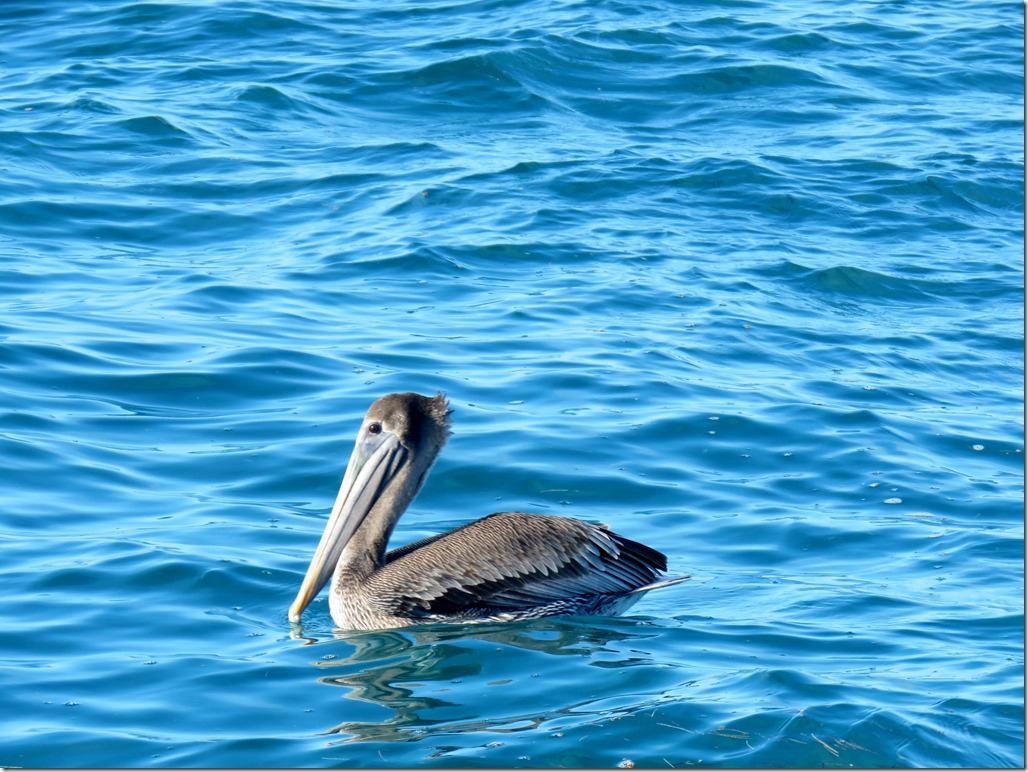 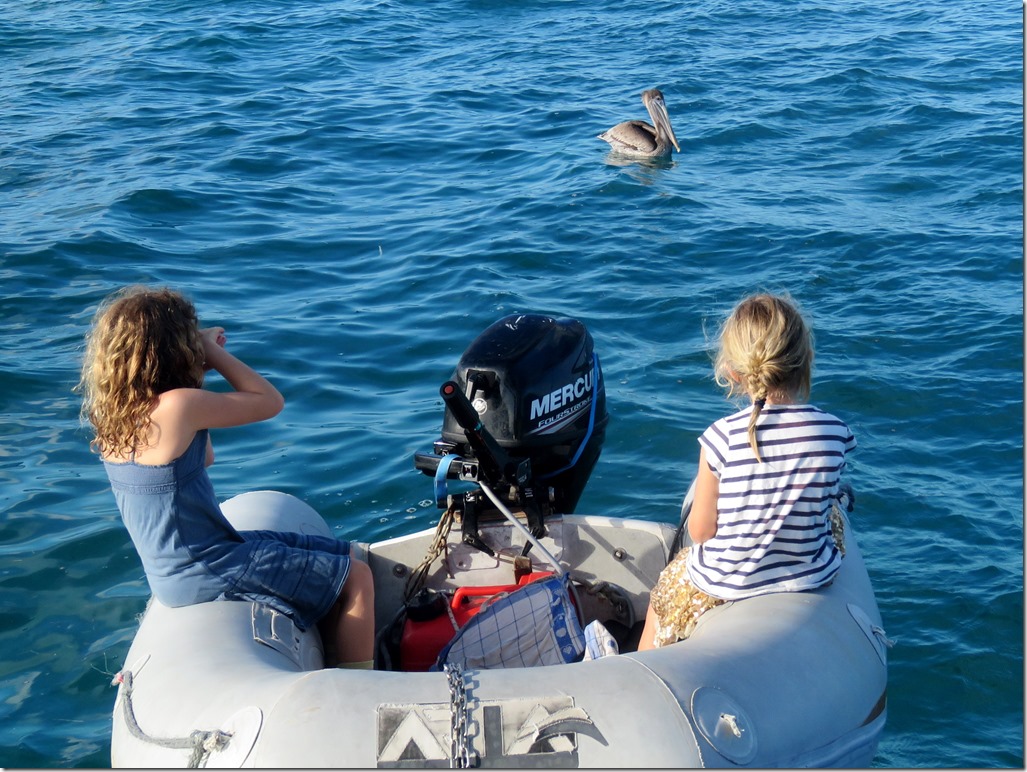 But the best was to arrive only the next morning.

We moved Nomad a mile back to one of the reefs next to the channel. We went snorkleing for a little while when we saw a group of dolphins swimming not far from us. Soon they were swimming with us. They were five of them. We were all in the water and could see them swimming under us, next to us. When we would dive a couple of meters they would almost come to a touching distance, turning their face to us, staring at us, they seemed very curious. We had the pleasure to swim with them for maybe 10 minutes before they went on their way but the impression this experience left us with was overwhelming. 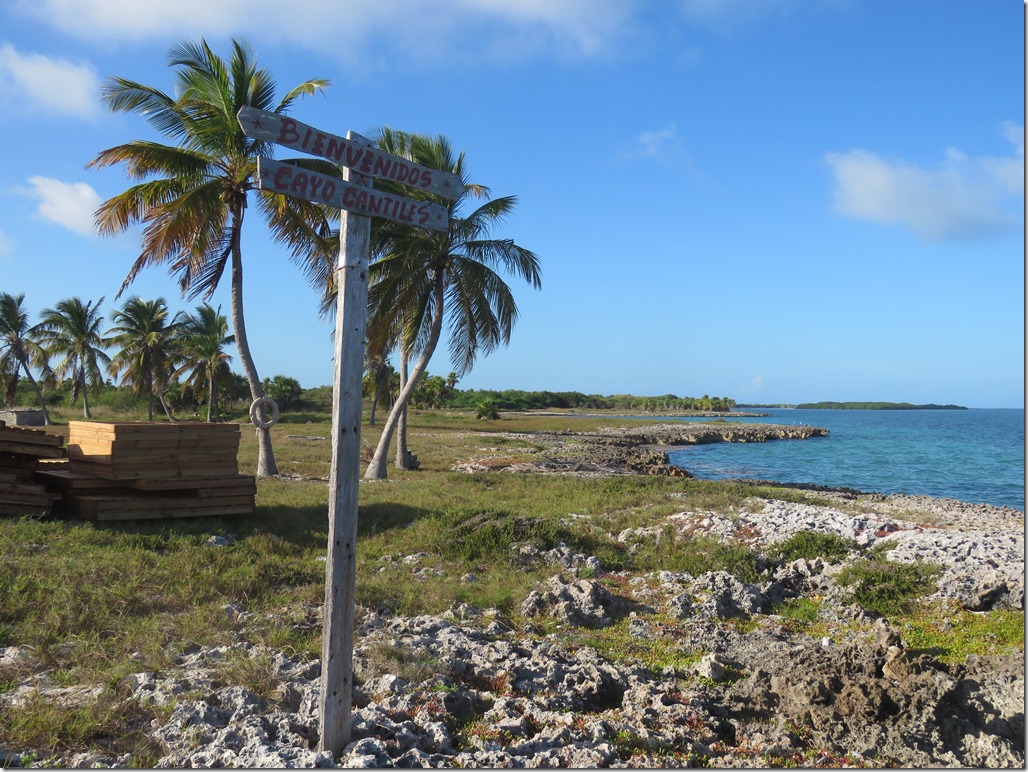 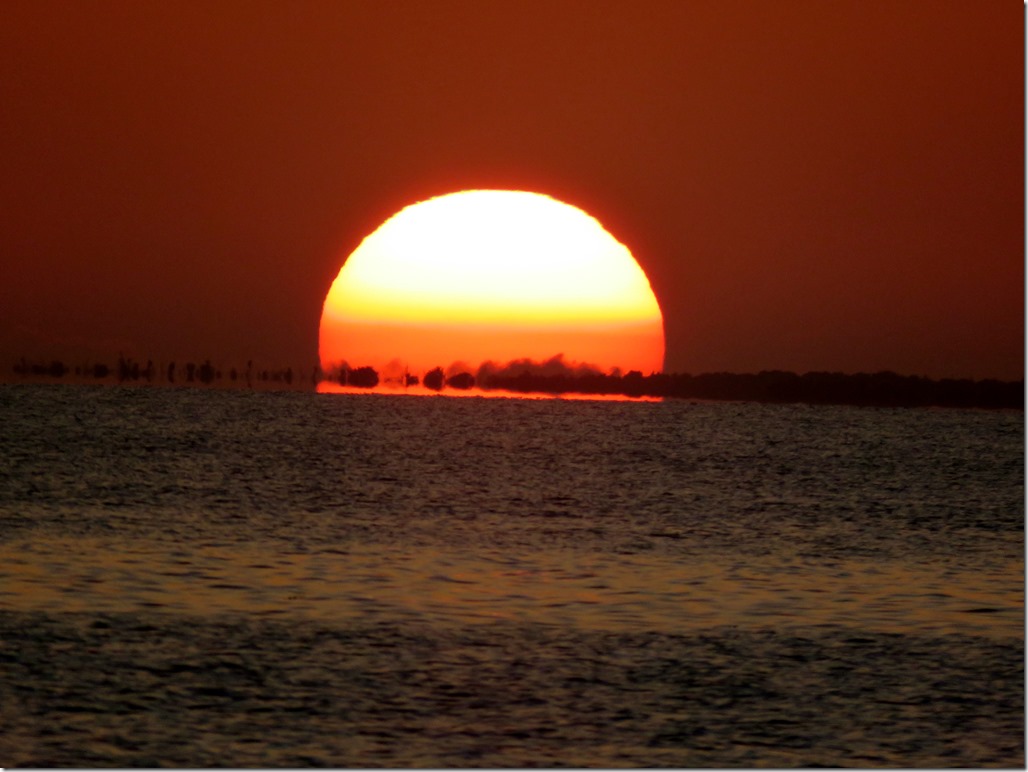 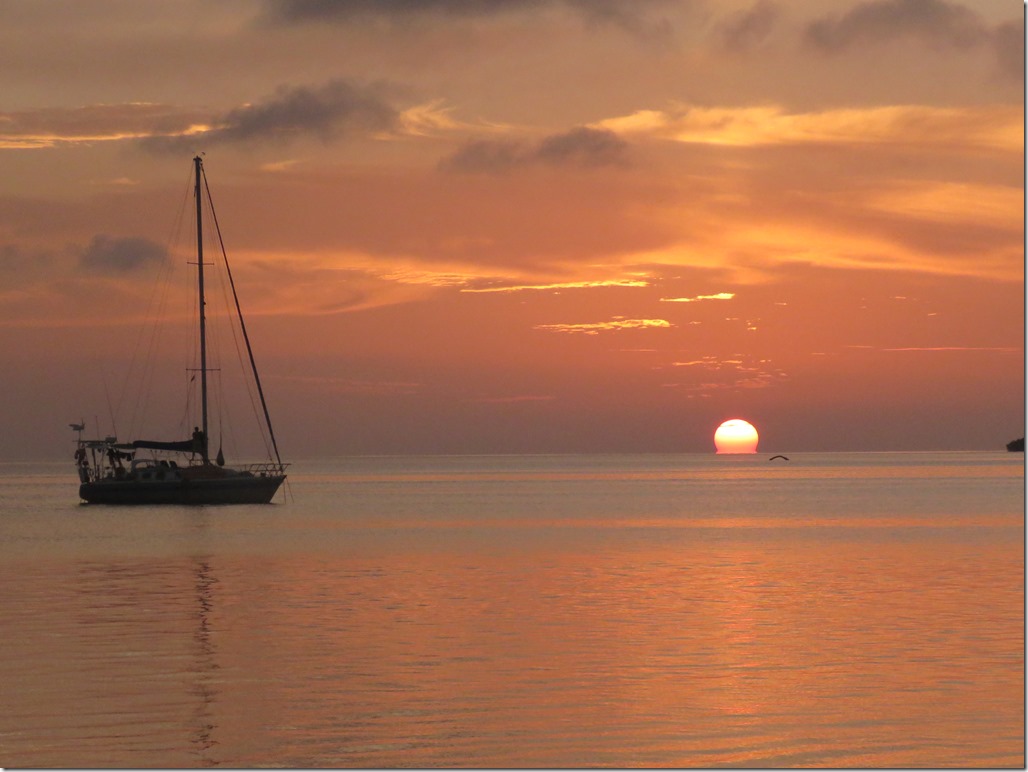 From there we went to visit the next cay – cayo cantiles where there according to our guides there was a biological station with a couple of dozens of monkeys and 3 rangers taking care of them. It was almost evening when we arrived. We met with the rangers, had a short walk on the island looking for crocodiles and monkeys but couldn’t find any. We were told by the rangers to come back the next morning around 9 when they feed the monkeys. As the anchorage in front of Cayo Cantiles is completely exposed both to the north and the east we had to move back to Cayo Rosario for the night and planned on coming back the next morning. 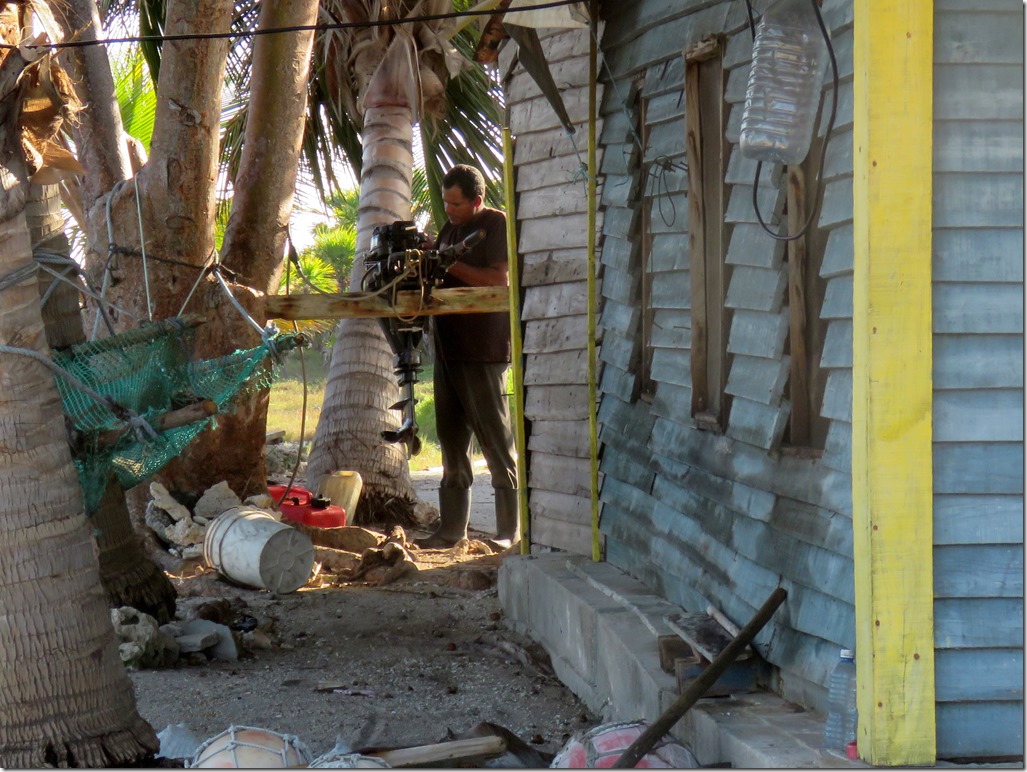 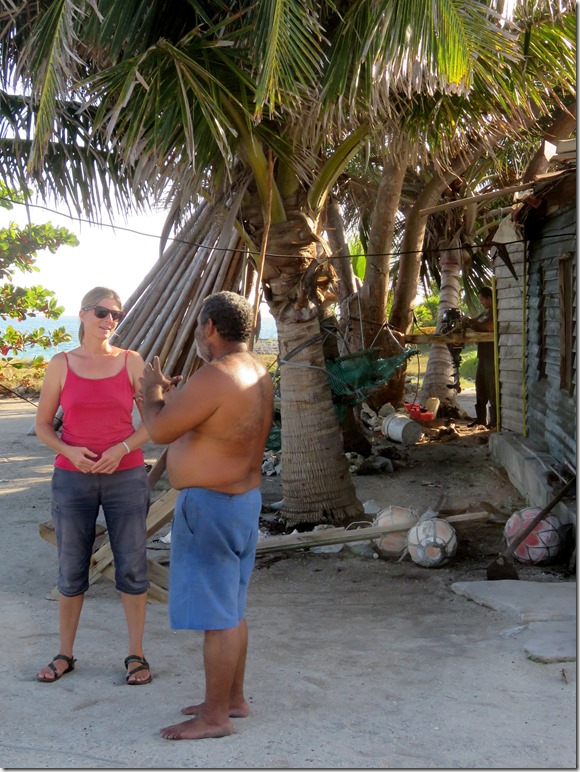 Before the dolphins came Virginie spotted a giant lobster but by the time I arrived with the spear gun he went inside his cave. So early the next morning we decided to go back to the reef and try to fish that lobster before we go and see the monkeys. We never thought that instead of the lobster our five new friends will be waiting for us next to the reef. Yes, when we arrived exactly to the same spot as yesterday they were there as if waiting for us. We all jumped into the water and this time we could swim with them for more than an hour. Unfortunately, Amos could not find his camera so we do not have pictures to share with you but I assure you that for us this was one of the most amazing moments we had during our trip so far. I have no words to describe the feeling when a wild dolphin looks at you in the eyes under the water from 2 meters away. Or when in the same frame you see your little kids swimming in the water and under and behind them wild dolphins swimming and playing. Amazing.

Fishing in these waters was also excellent 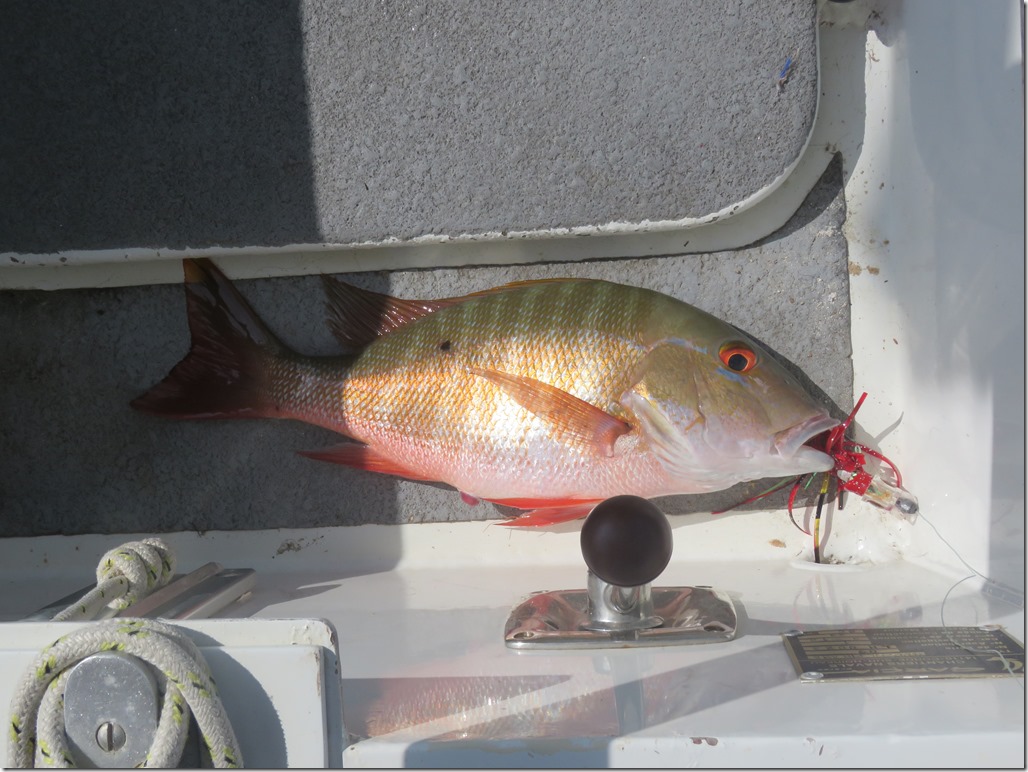 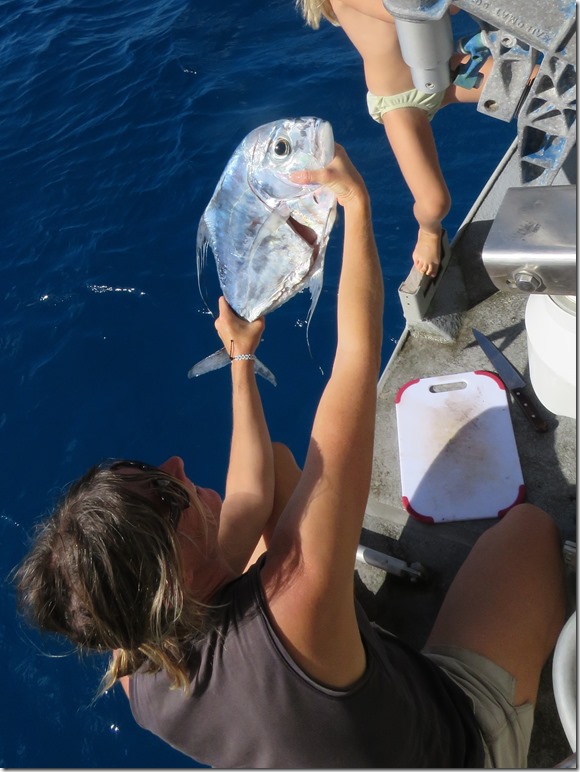 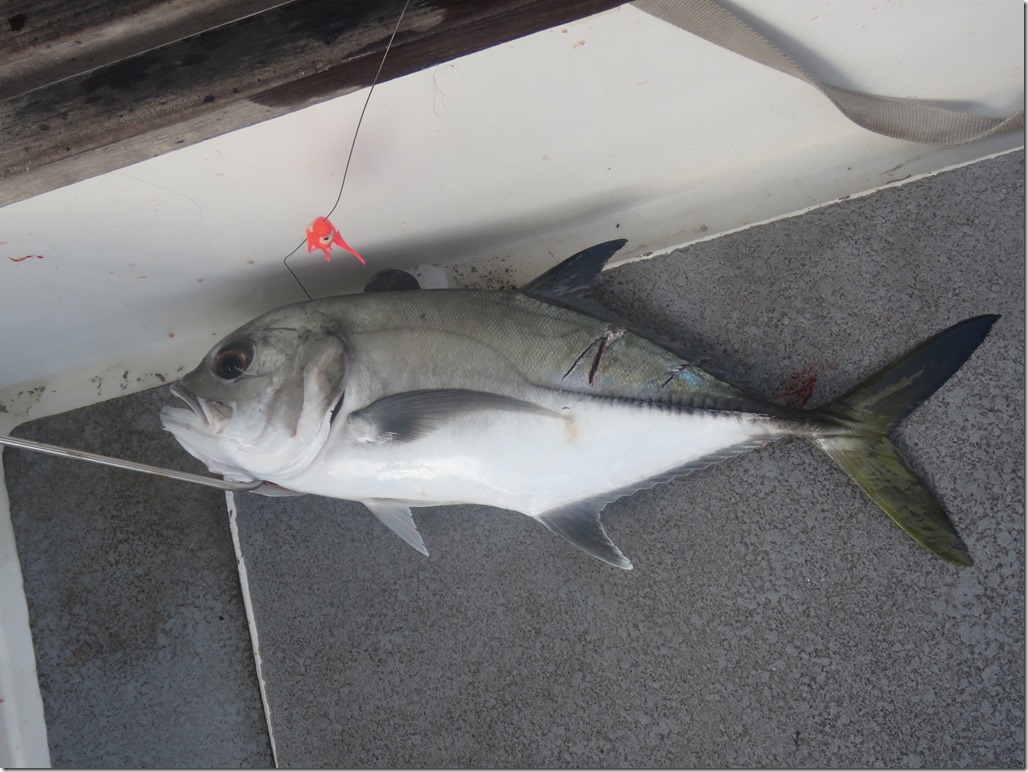 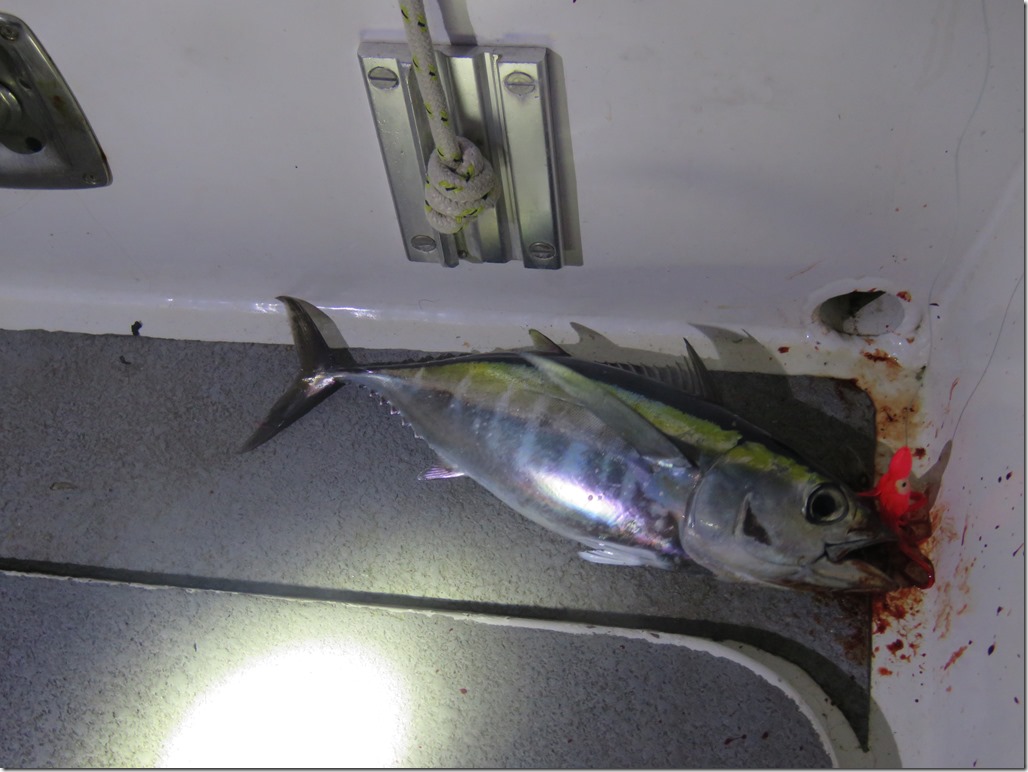 Some sort of a Tuna fish

By the time the dolphins left it was too late to go and see the monkeys and because tonight there is another front coming we wanted to go to a better protected anchorage. We decided to weigh anchor and keep on sailing westwards towards Cayo Campos – another small island that again according to our guidebooks there should be a rangers station and monkeys. And Virginie wanted to see monkeys.

As we left the anchorage we had the pleasure to be escorted for about 15 minutes by these same five dolphins we just swam with. Again, one of those magical moments this life presented us with. 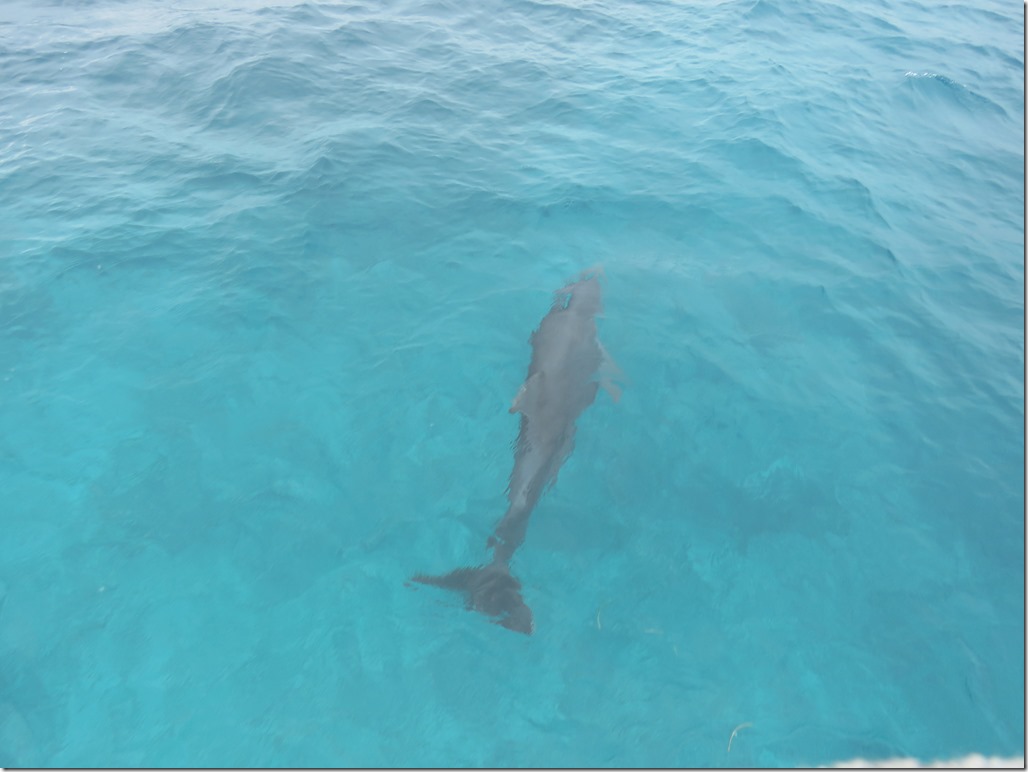 One of the five dolphins playing at the bow of Nomad