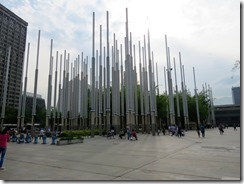 There is something special about this city. Some would call it ‘energy’ others ‘atmosphere’ but one thing is certain, Medellin is not like any other city we have ever visited.

The city look huge. And with more than 3 millions people living in is quite big. it fills up the valley at 1500 meters above sea level and then spreads all around the steep hills. Everywhere you look you see houses and more houses, from poor pueblos to high rising buildings.

In the last three decades the city went through a process of transformation. Once Escobar’s home town and center to its cartel business now a model of economic development. During the 80’ it was known as the most dangerous city in the world now one of the safest cities to travel and live in south america. We loved this city the moment we saw all its lights from the surrounding hills on the way from the airport. 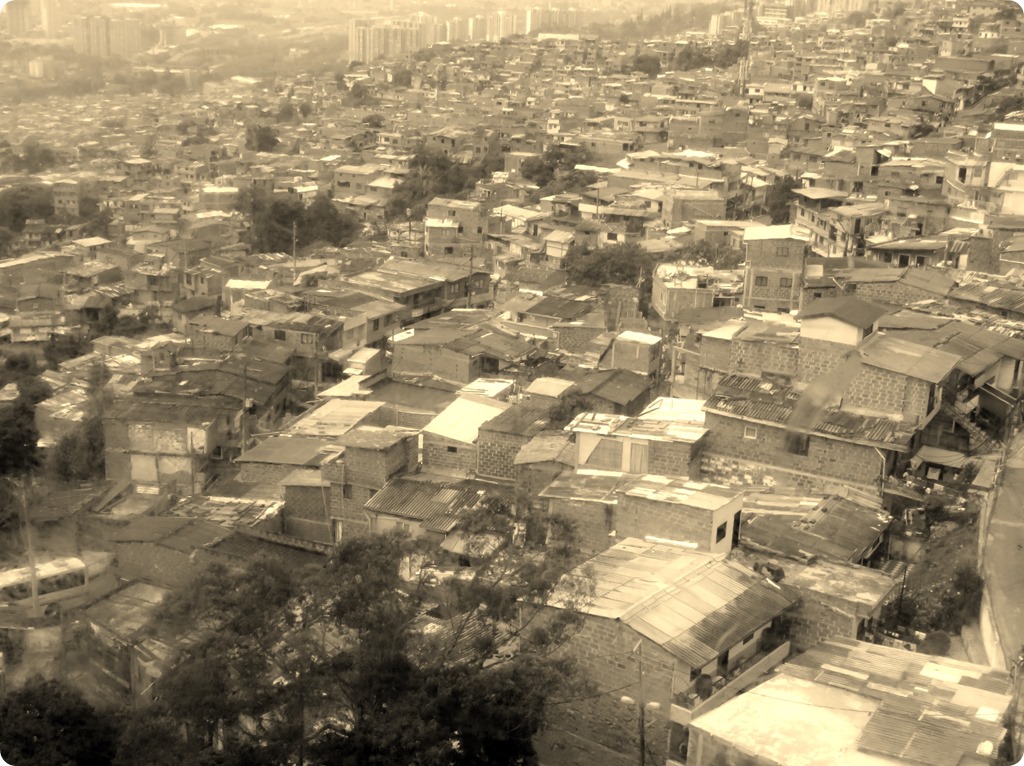 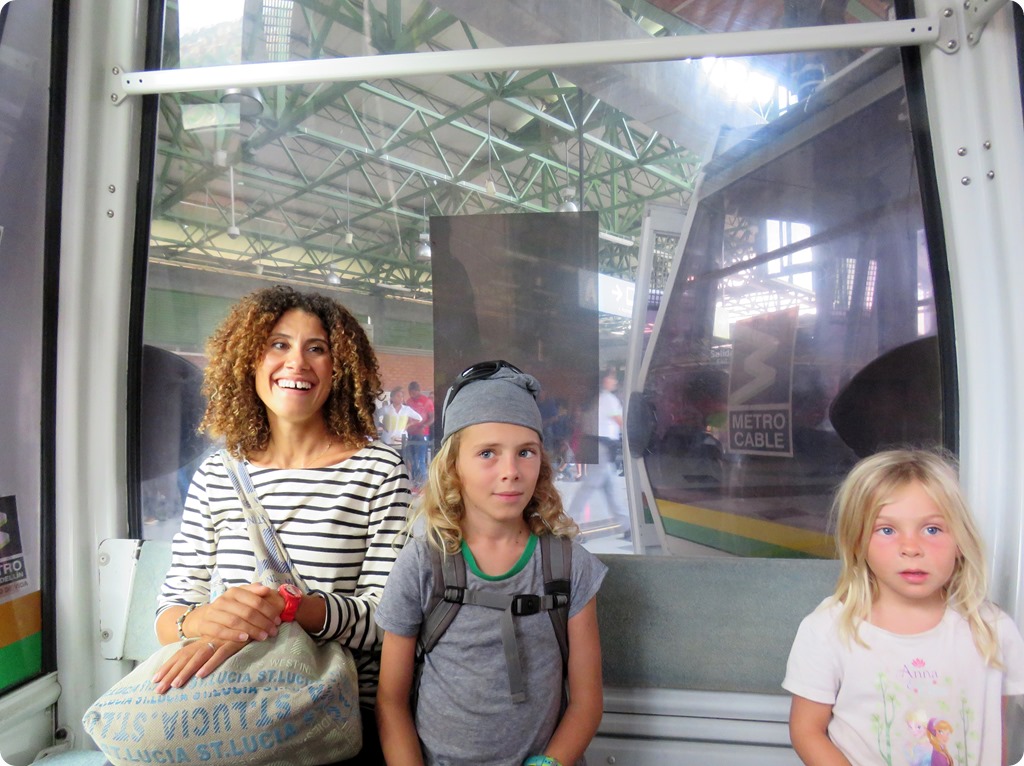 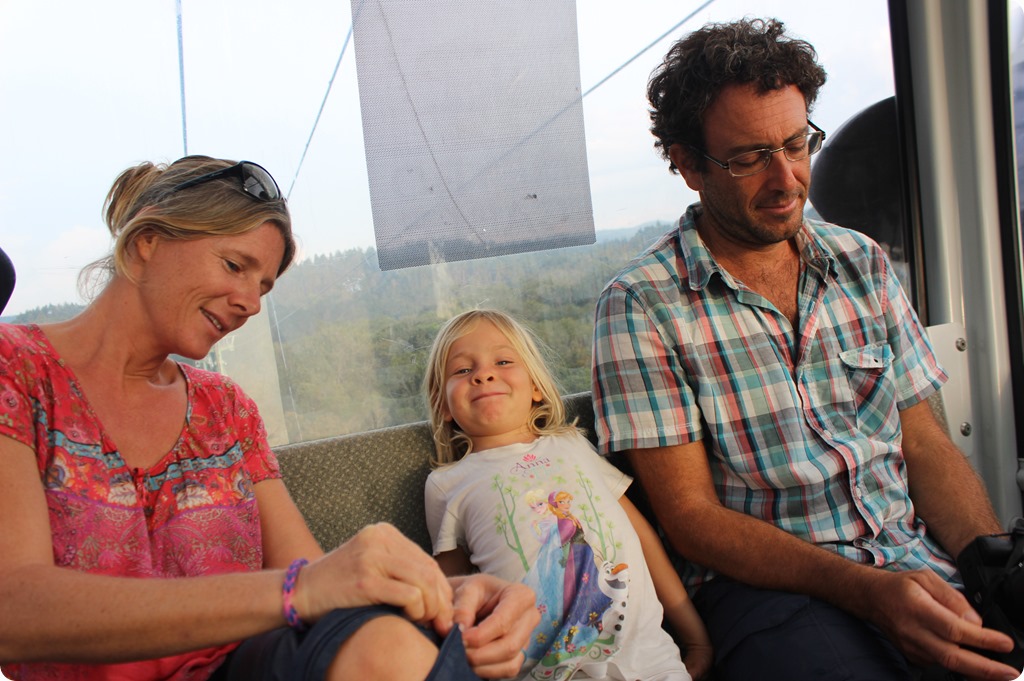 On our first day we took the Free walking tour. Many cities now have a free walking tour – a guide armed with a yellow umbrella or red t-shirt followed by a group of tourists armed with cameras walking down the streets learning about local history, lore and culture. The tours are for free with the expectation for a tip at the end. But here again, Medellin is special. Their walks are limited to about 15 people whereas in Cartagena and Bogota, for example, they accept as many people as will show up or book in advance. The difference? It felt like a private tour. The guide knew the names of all the participants by heart, even those of our kids. He was a passionate and highly intelligent person who knew so much about his city and, like most of the young Colombian we met – he loved it so much and was so proud of where he lived that his passion was contiguous. 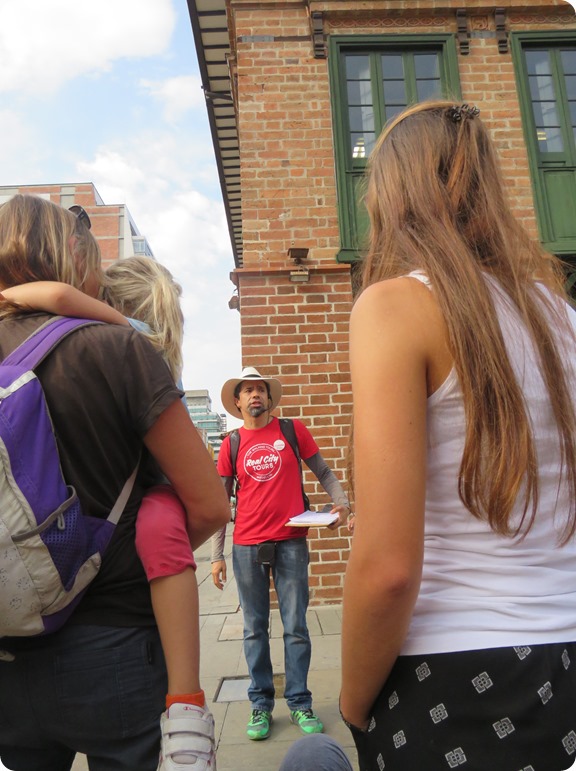 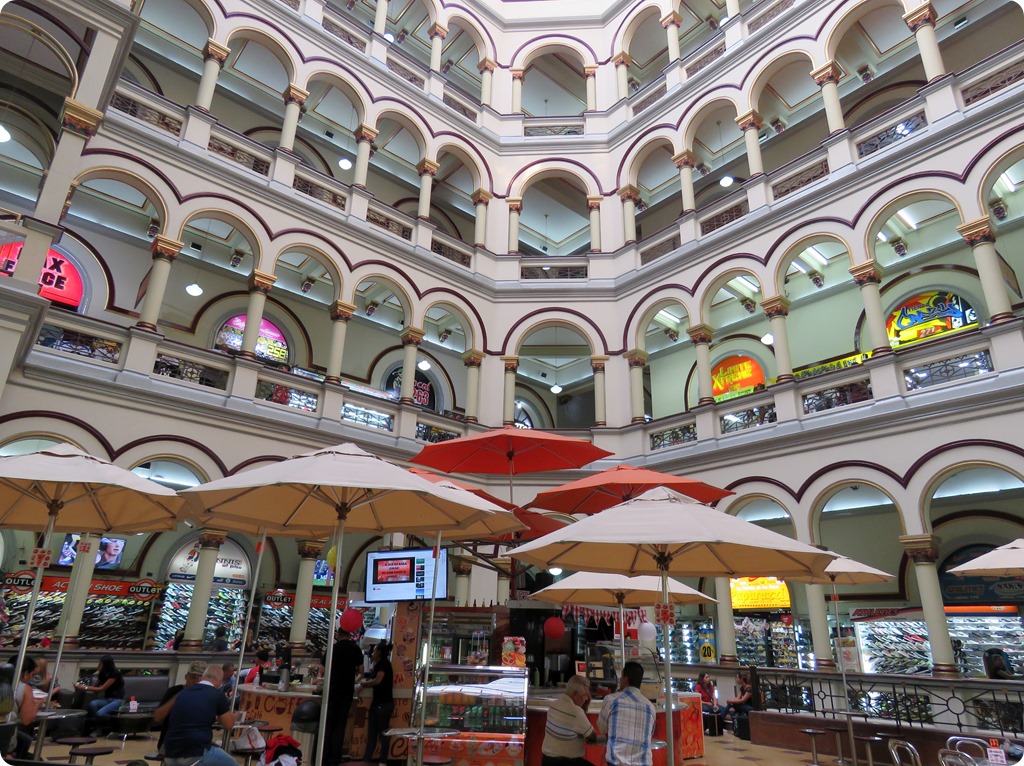 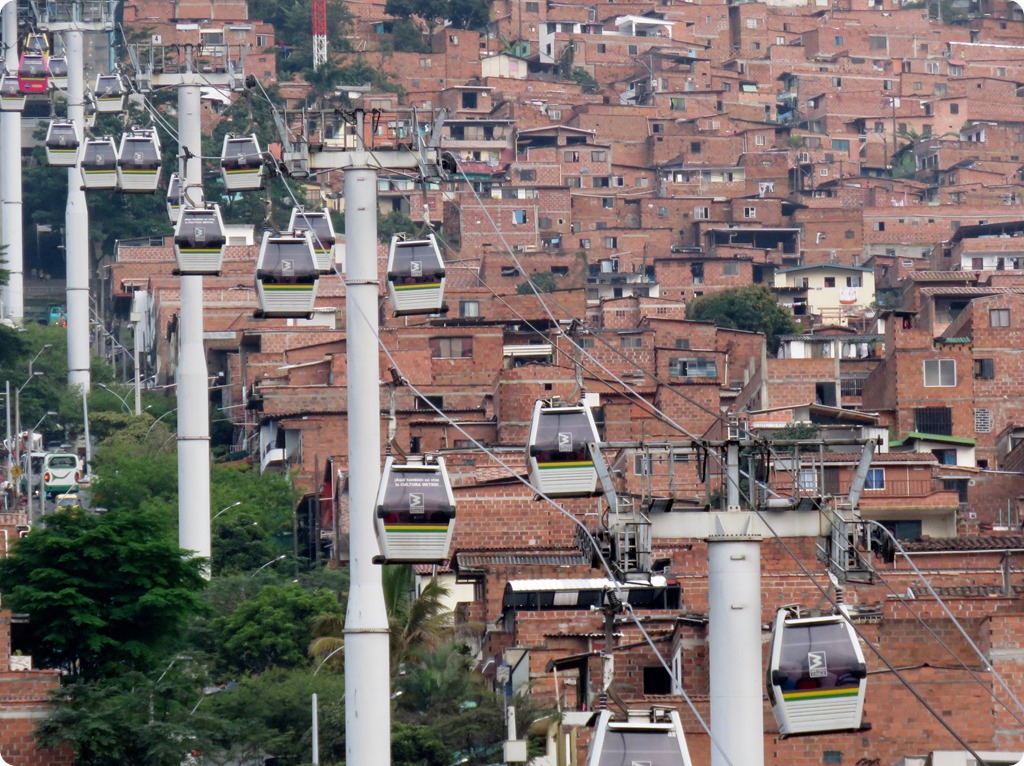 So we learned about democratic architecture, archritecture of the people for the people. The city decided to create public spaces to transform the city and solve some of its most problematic issues – like drugs and violence. 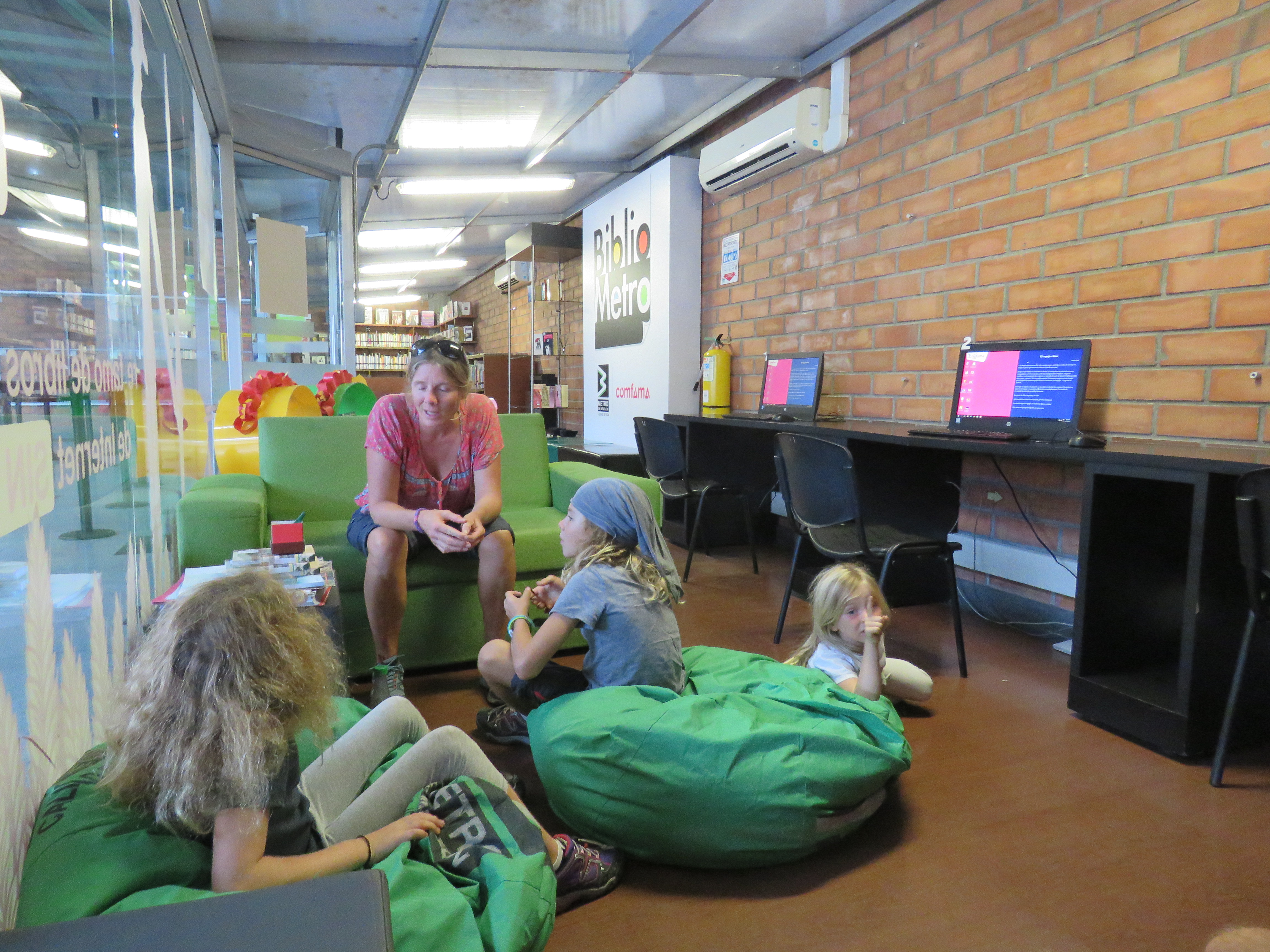 For example, Medellin has a metro system which is the pride of all who lives here. It is cleaner and more efficient than most of the public systems you ever came across – no graffiti, cars are in good condition and it is very safe. Problem is that the metro runs mainly on one axis and all the far away neighborhoods which are also the poorest, and those living in them are not connected to it. and if you are not connected to the metro line you sort of don’t exist..

The solution – the city built a system of cable cars to connect those living in the poor hillside neighborhoods directly to the metro line. They even built an outdoor escalator 380 meters long to make the steep uphill/downhill walk easier in Comuna 13, which used to be the most dangerous neighborhoods of Medellin. And to add to that, in some of the metro stations they built public libraries as an alternative for doing stupid things in the streets. 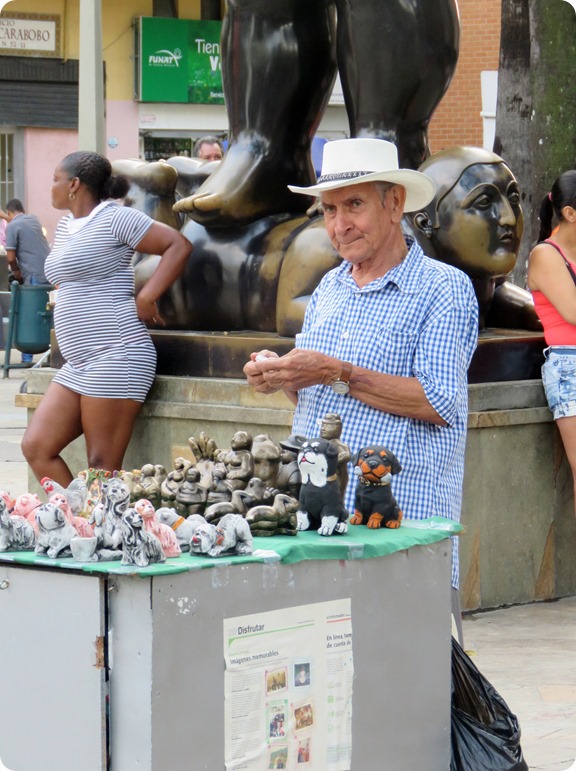 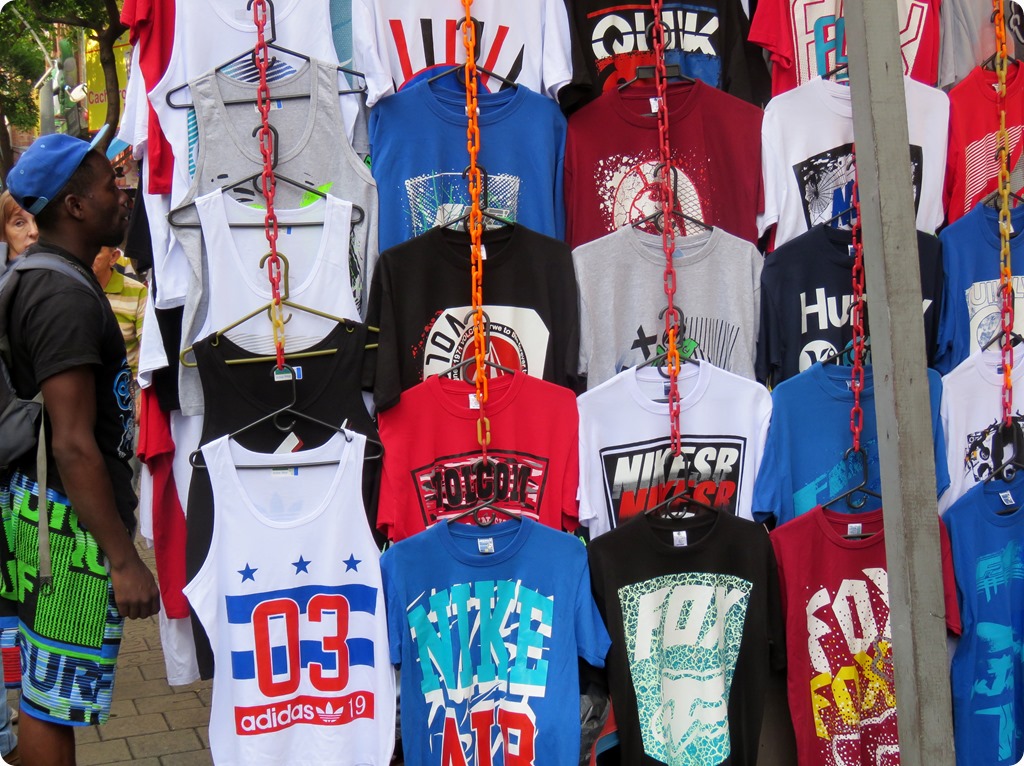 Hearing about the violent past of the city with its drugs, shooting, kidnapping and bombing there was one thing we could not ignore – how the Colombian people we met, young and old, are happy with their present and more importantly, positive about their future. And this optimism will show up again and again during our traveling around the country. 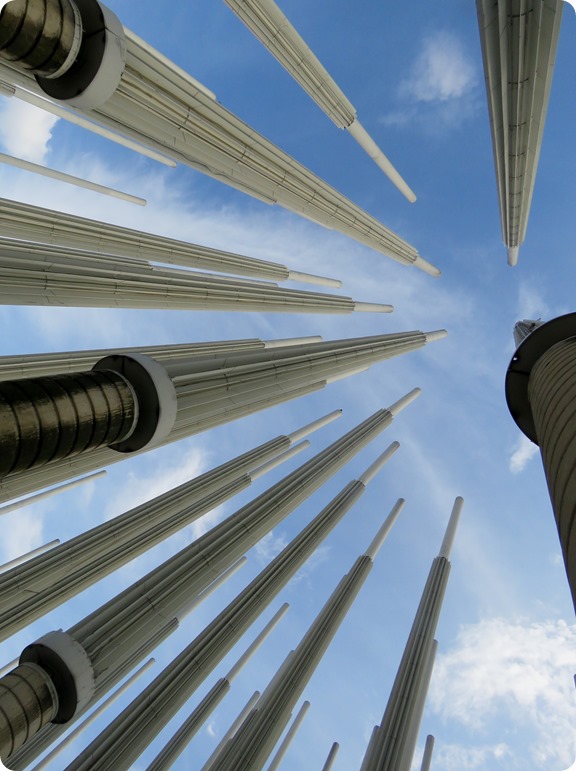 Walking around Medellin was an eye opening experience and was a great introduction to this amazing country – Colombia. 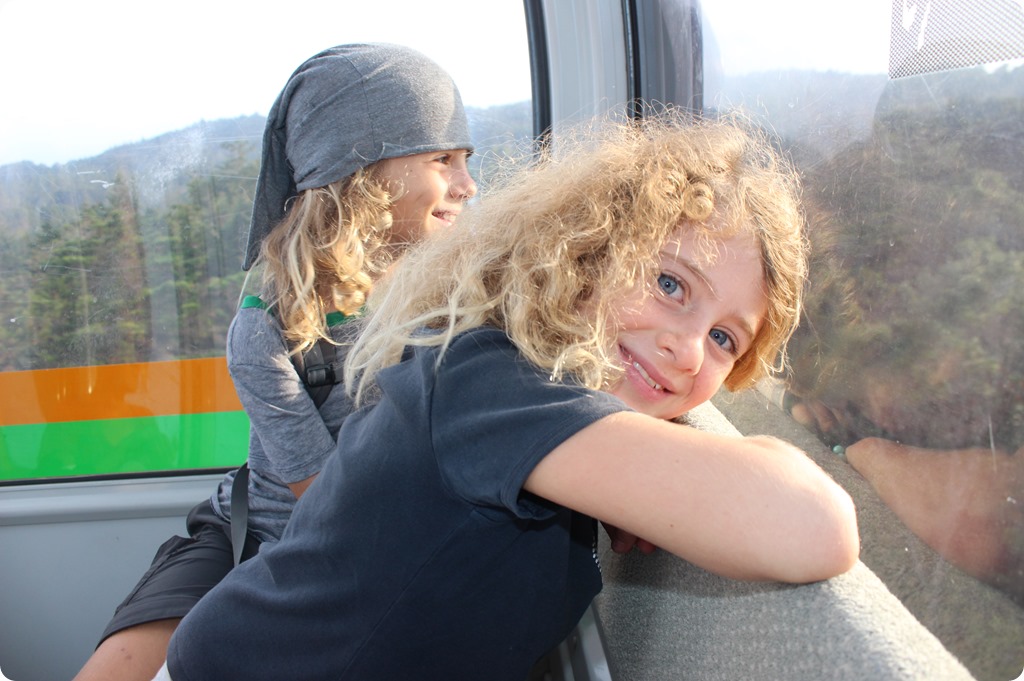 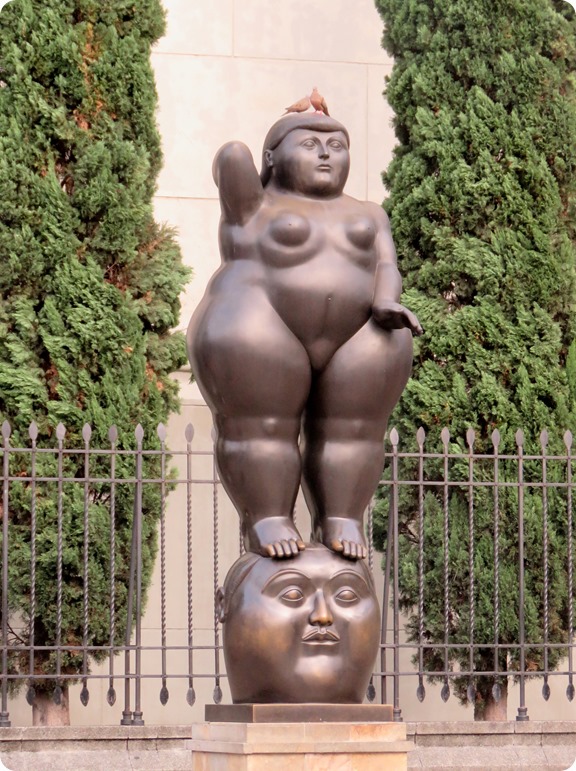