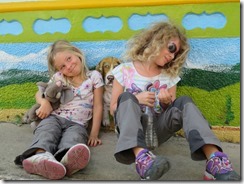 A small and picturesque village about 2 hours away from Medellin. Both we and Mehdi and Imen rented cars and knowing that it would be hard to follow each other driving to Guatape we decided to meet at the town’s square next to the church around miday. Google said it should take us about an hour and a half, it took us three. First because our little car had hard time climbing the steep hills outside of Medellin, second, it took some time to learn how to drive here

in Colombia – you always end up behind trucks and need to get the courage to get behind them, push the gas all the way and double them (our car did not excel in this either), and lastly I guess google took us the wrong way, or we got lost, or both.

We were very stressed thinking about Mehdi and Imen waiting for us at the village square thinking where are we. But when we arrived we could not see them anywhere and only an hour later they showed up. They probably got more lost than we did.

Everything in this village was painted, even the taxis. 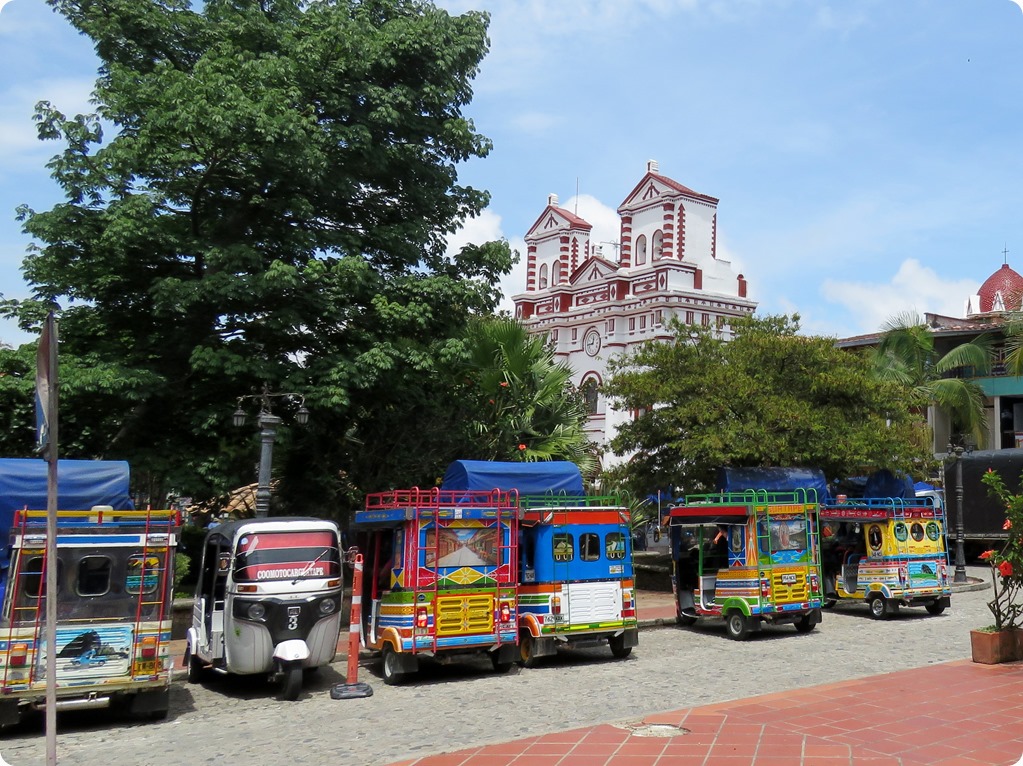 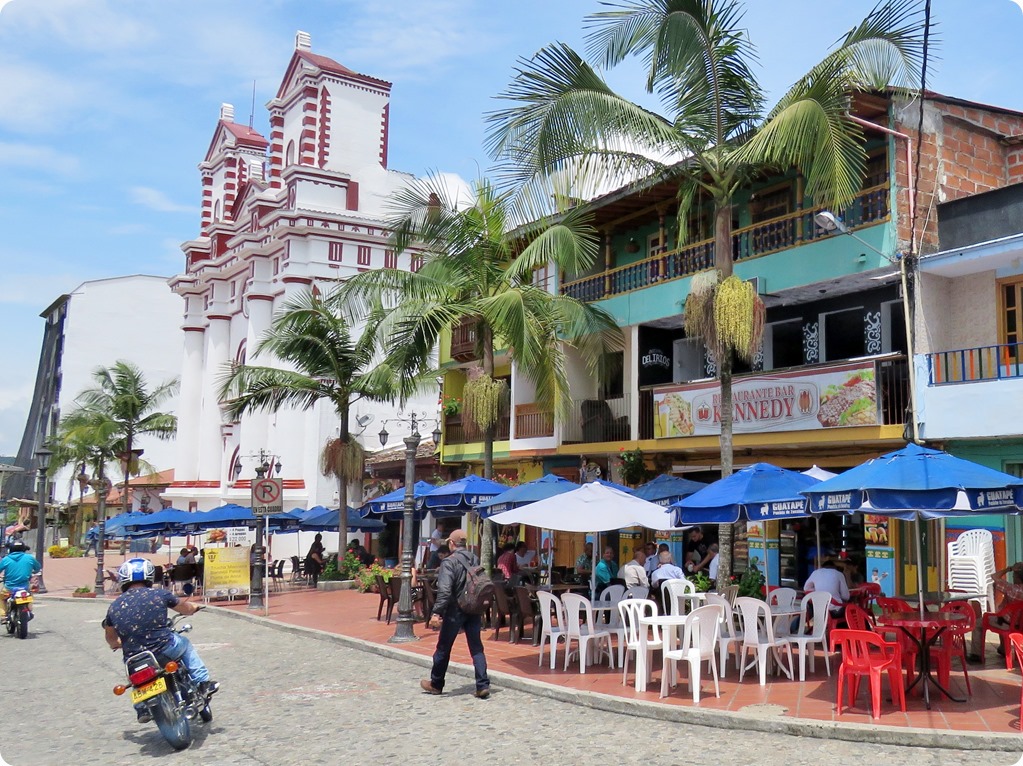 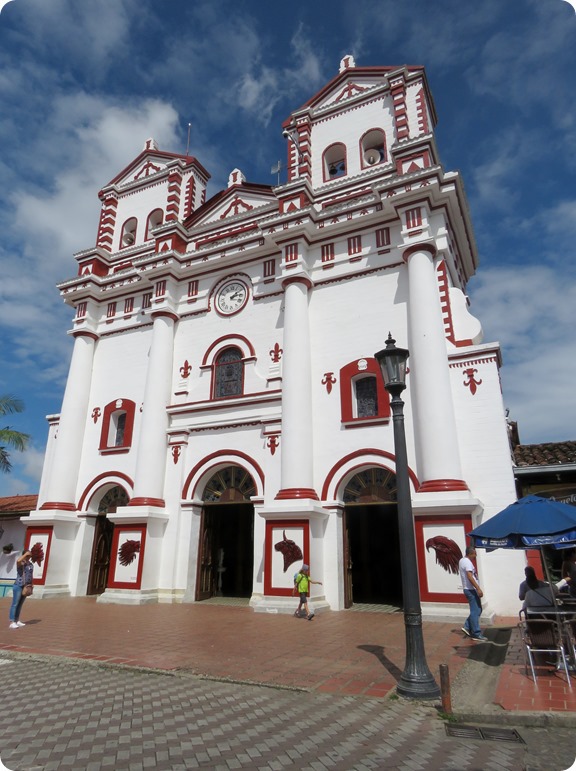 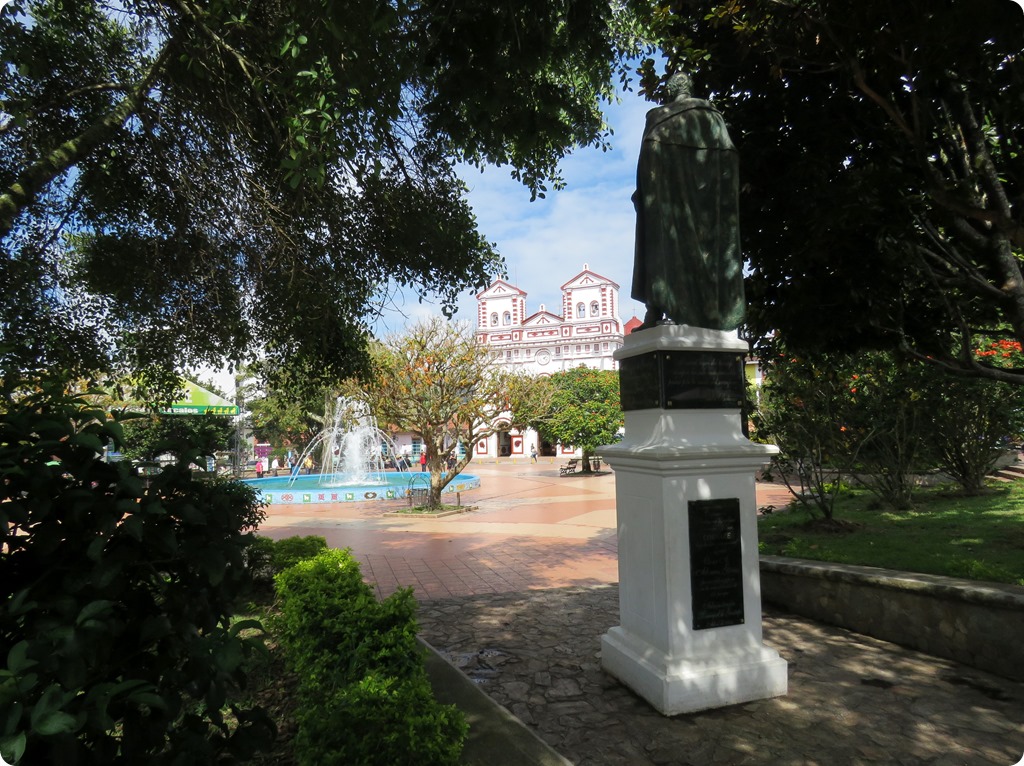 The village itself is very pleasant and beautiful to walk around. All the walls of the houses have beautiful painting with plenty of colours. Imen and amos had lots of fun making these pictures: 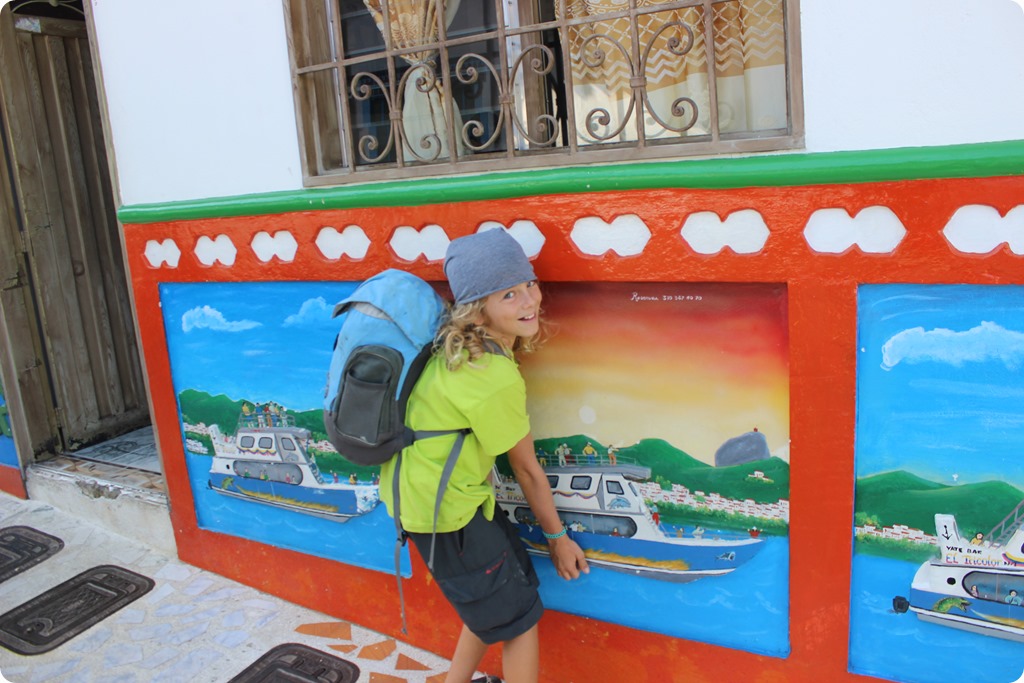 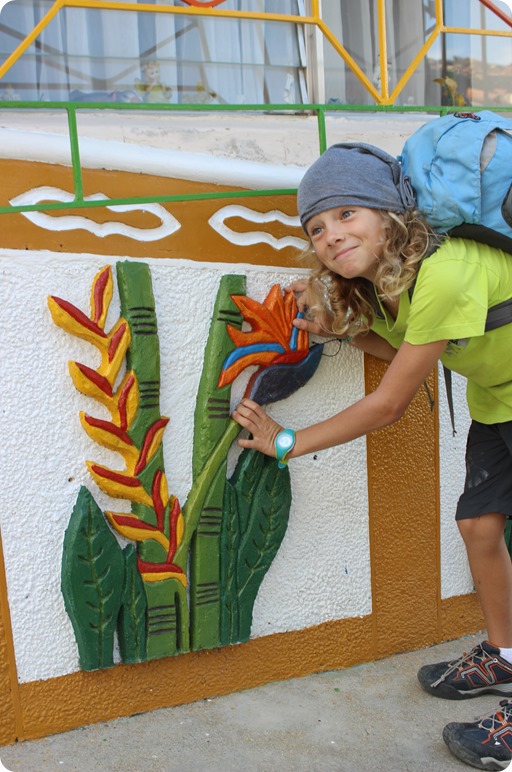 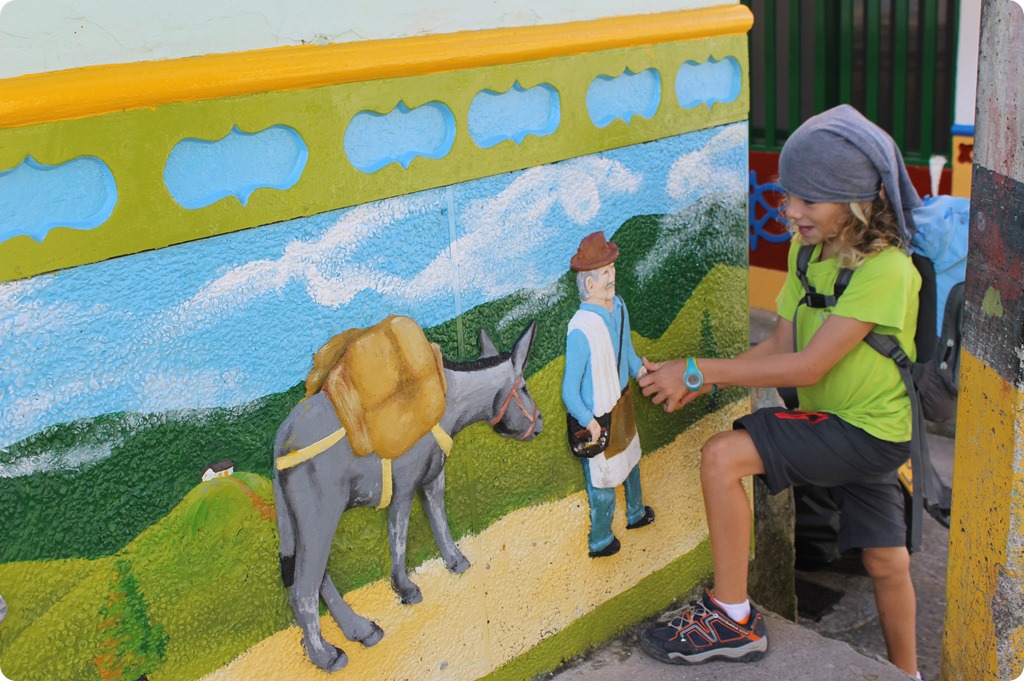 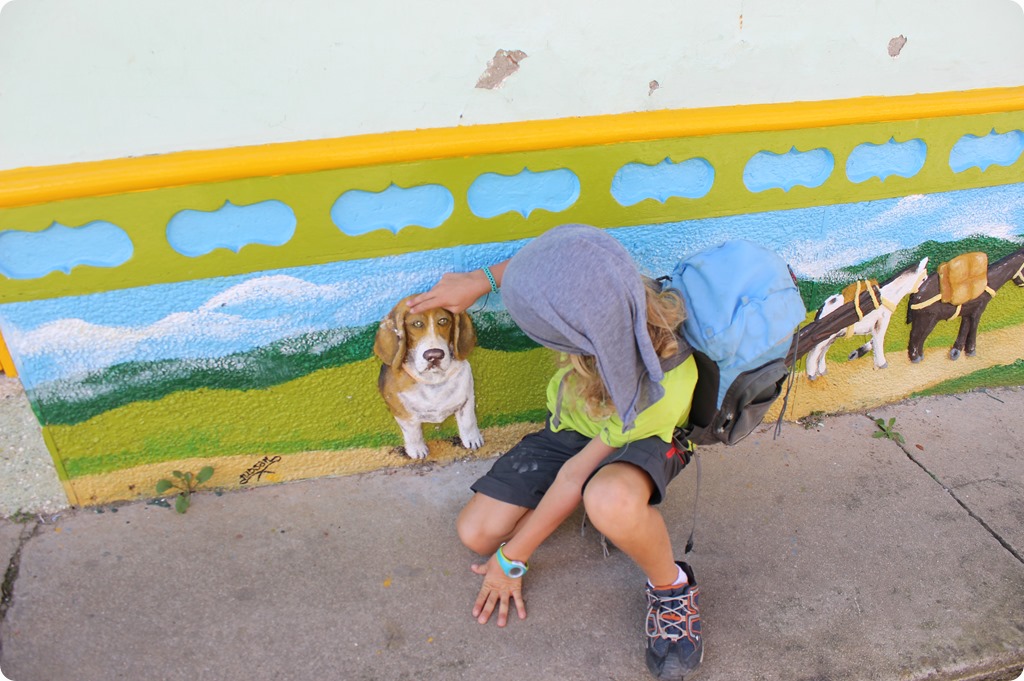 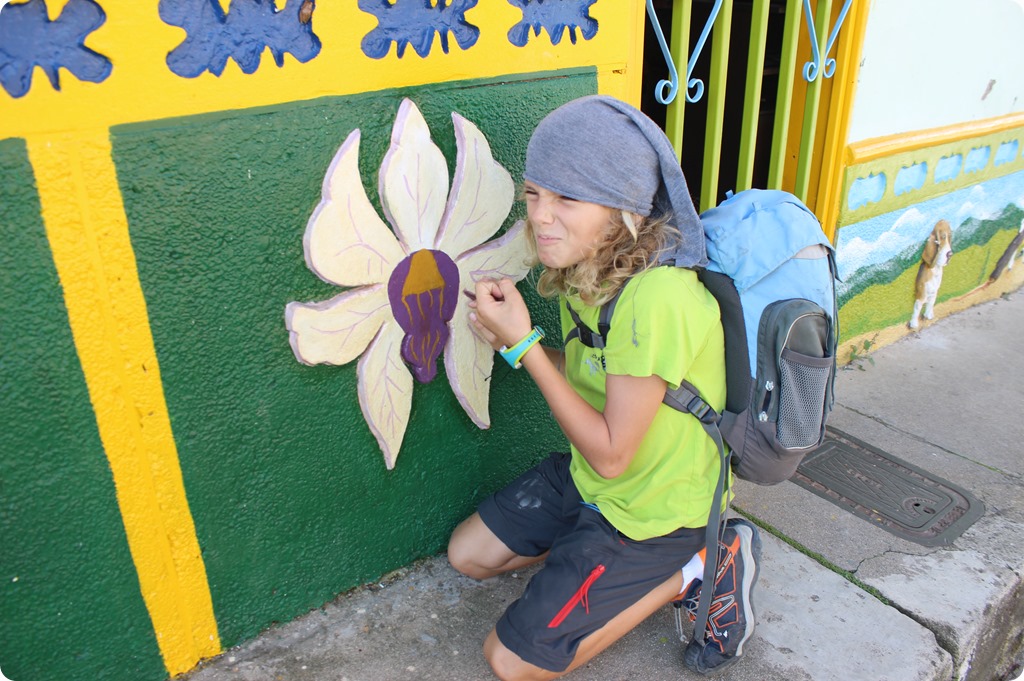 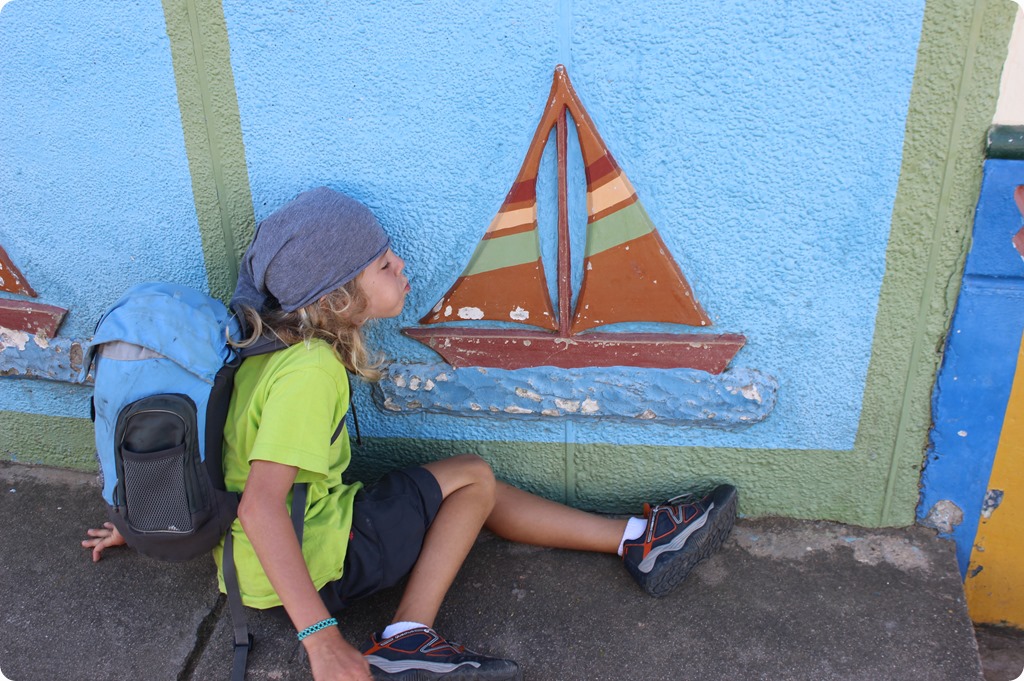 Like every time when Adi meets a dog or a cat she wants to take him with her back to the boat. This one would be hard to convince. 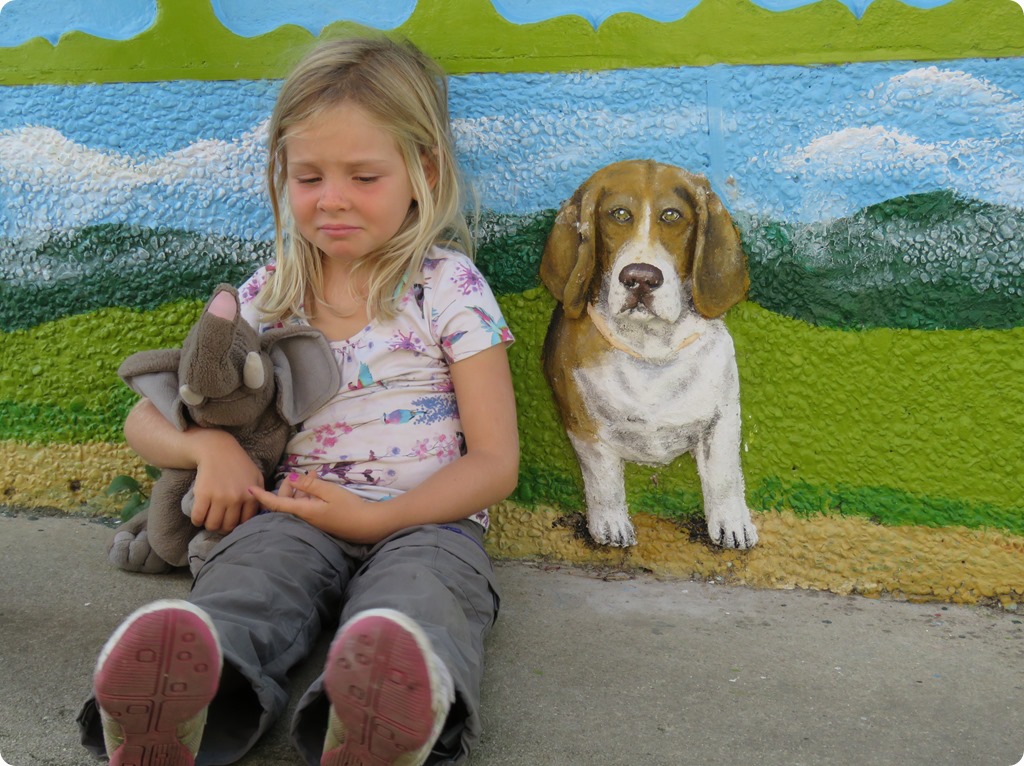 Then the kids decided they are missing the boat’s mast so they looked for something else to climb on. 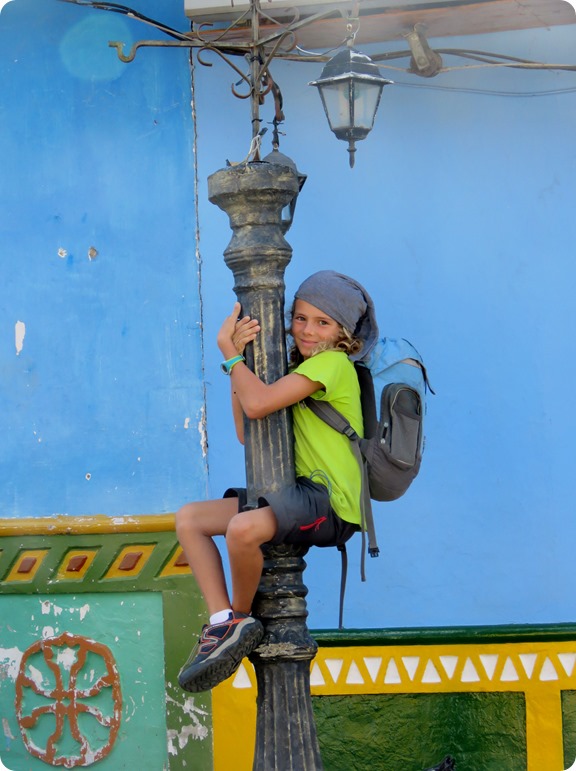 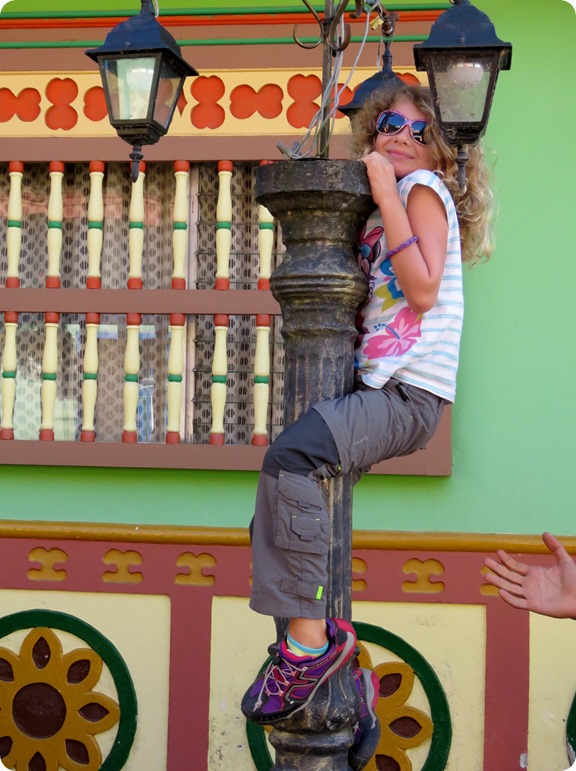 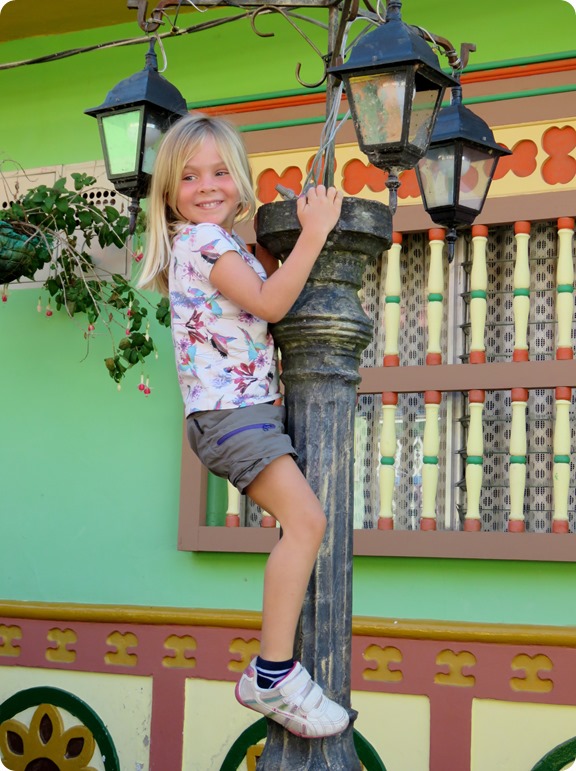 While we were having a coffee in one of the cafés in the square we were approached by this very talented guy who started painting on a small tile using paint, his fingers and a towel. It was very impressive and after Mehdi and Imen bought the painting we asked him to make us a new one while we filmed him. 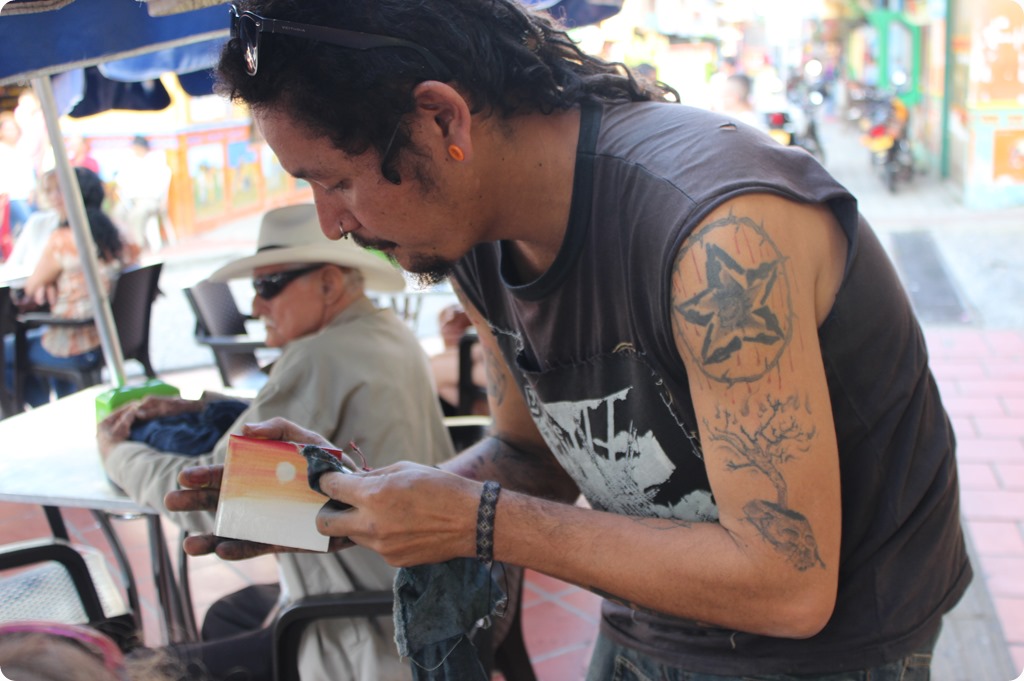 Outside the village there is a big rock, called El Penol, 200 meters high with 750 steps leading to its top with a view that looks more like Norway than Colombia. As we started the climb a bus full of Israelis travelers arrived and the whole atmosphere reminded me of a Sunday trip from the army…

The rock and the stair leading to the top 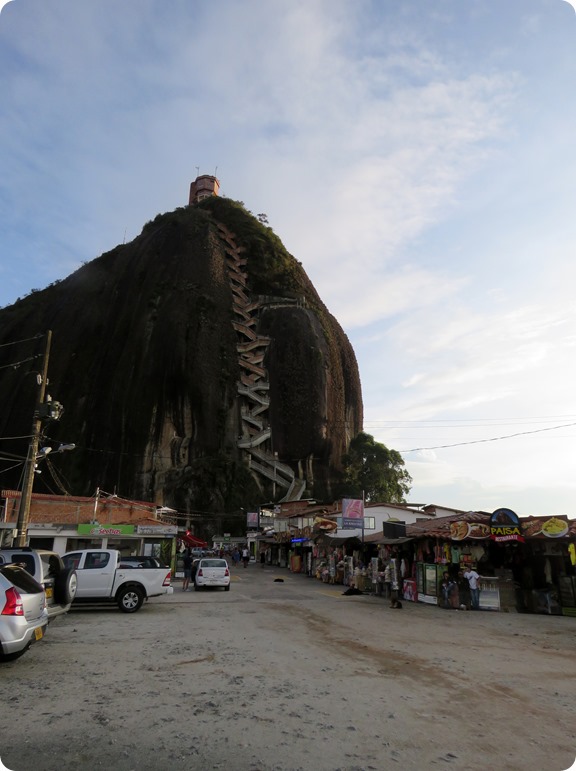 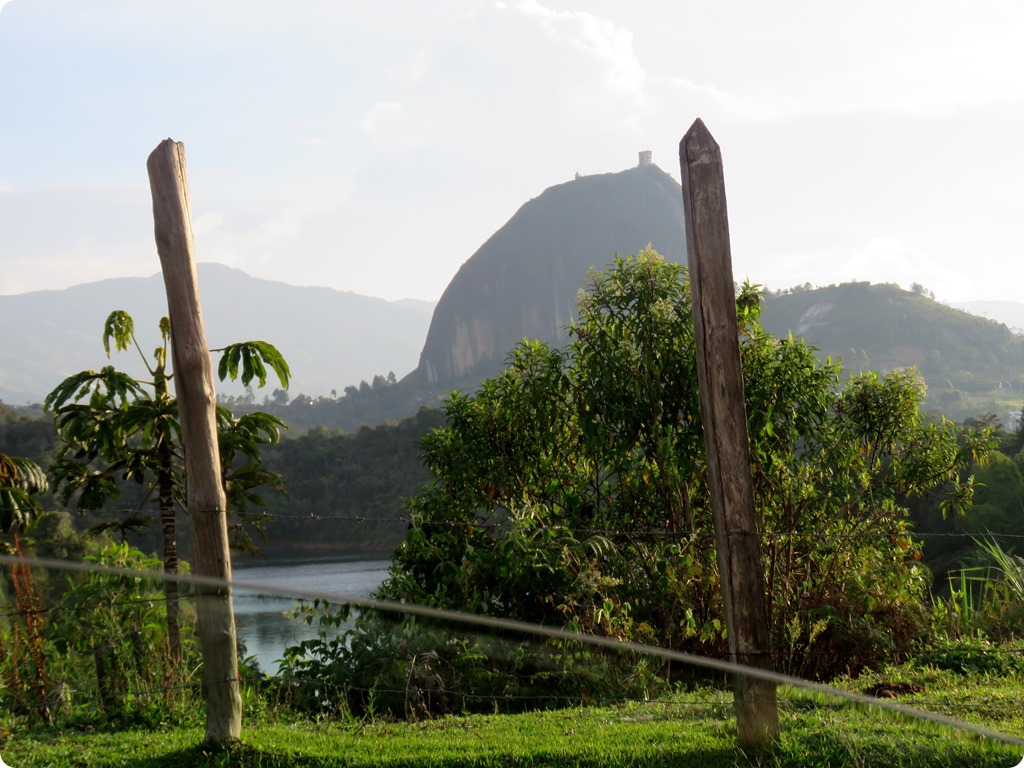 Imen helping Adi with the last couple of stairs 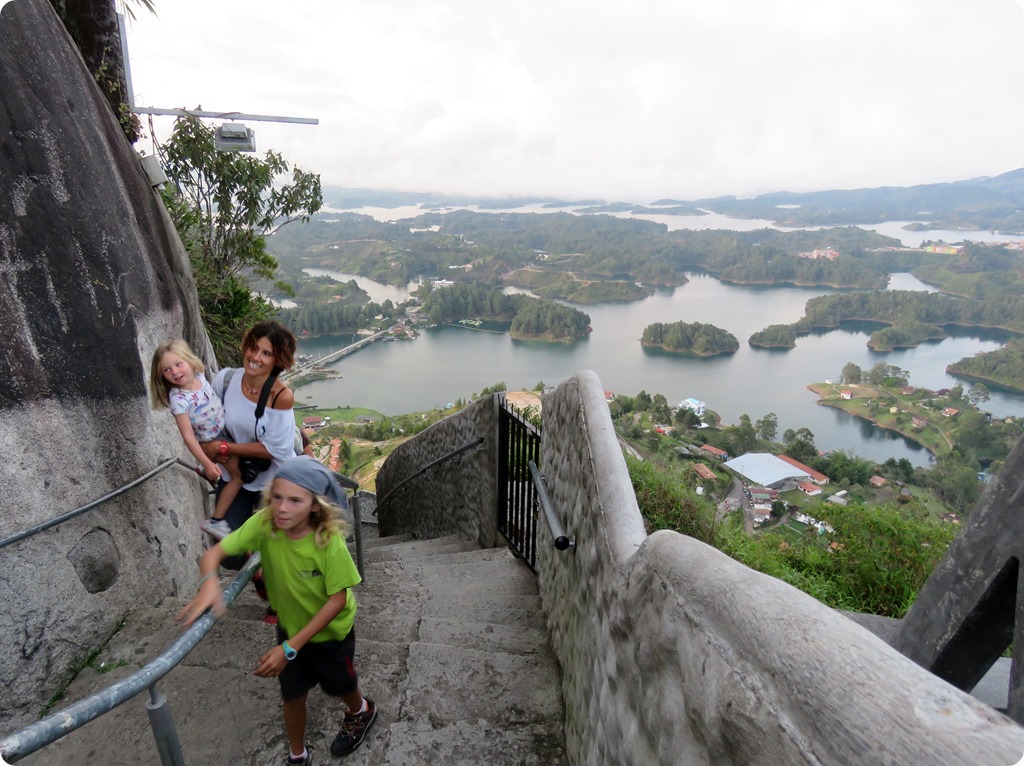 And the view from the top. The lake is actually artificial – its the result of a big damn.. 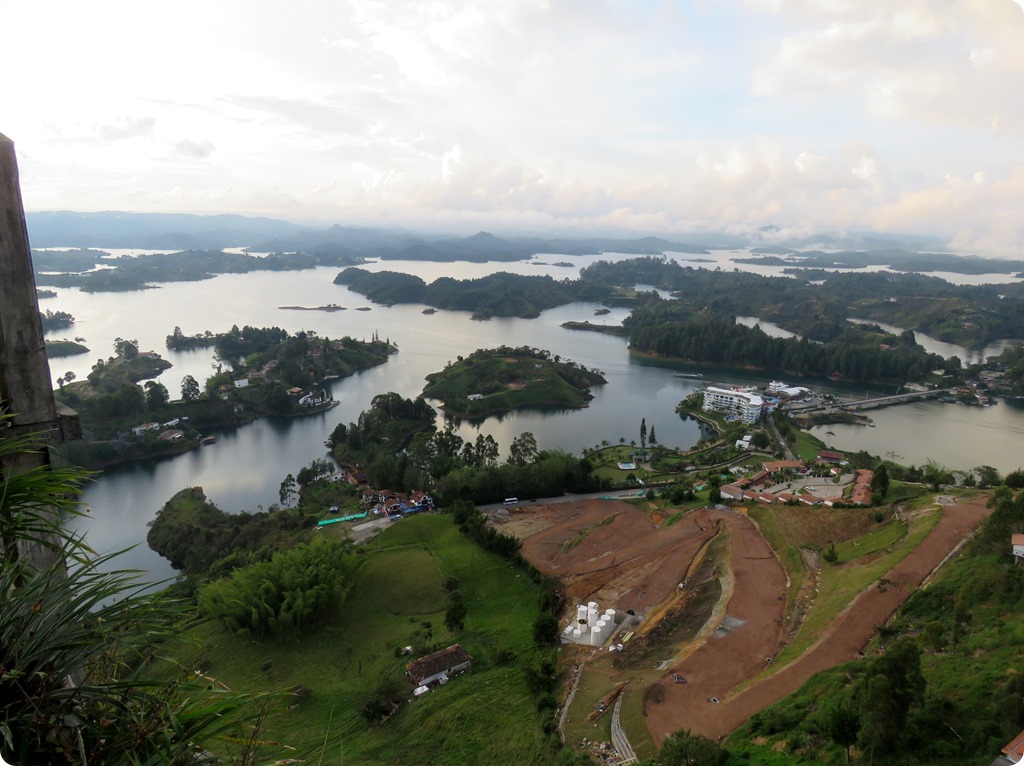 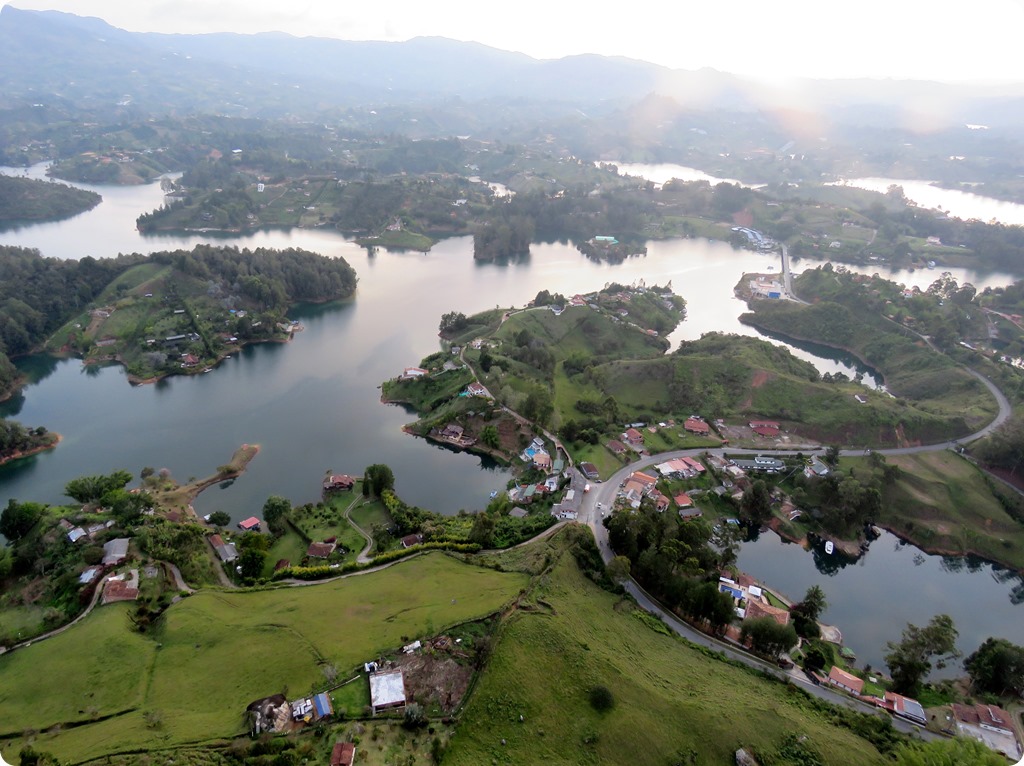 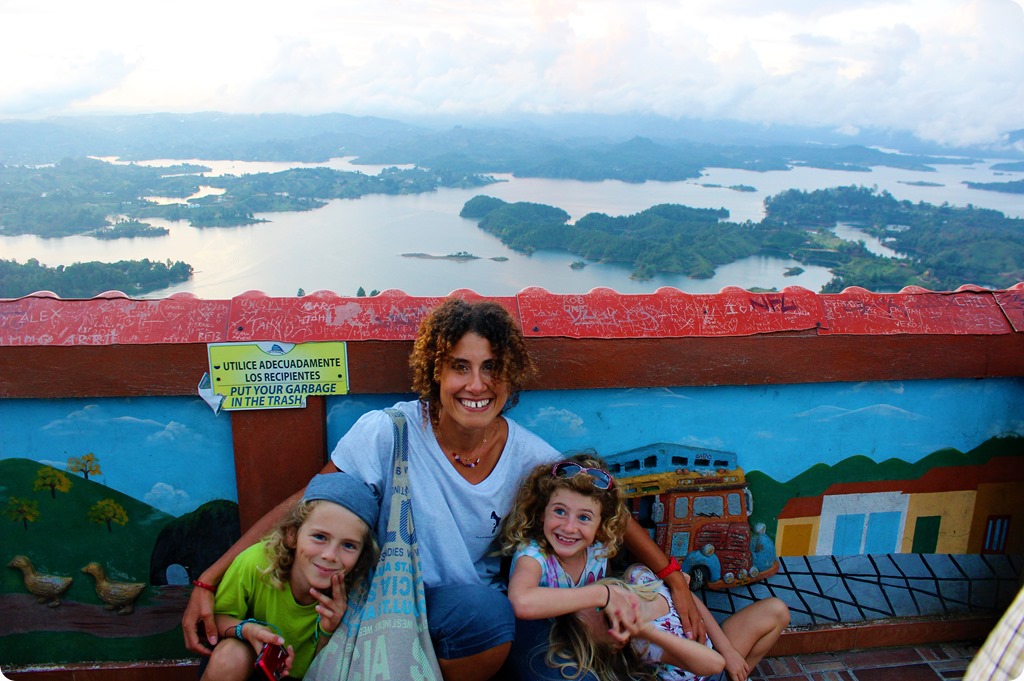 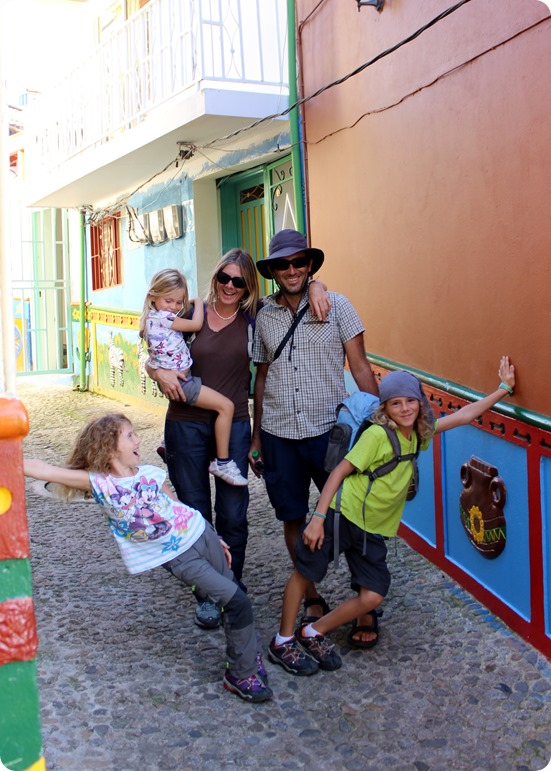