Apart from being in the zona cafetera Salento is known as the gateway to the Cocora valley where the the wax palm, the highest palm trees in the world (they can reach 60 meters) grow. Every traveler we met talked about the Cocora valley hike so together with Imen and Mehdi we bought lots of fresh vegetables and fruits at the local market, some Colombian cheese (it looks like feta but without much taste)  and drove to the start of the trail. We’ve been told it should take 5 hours but with kids and more than 800 meters

of climbing we aimed at 7 or even 8 hours. The landscape on this hike is as diverse as it is splendid. You start walking in an open valley along a stream in between cows and horses. Slowly you enter the forest until you find yourself in dense tropical vegetation. You need to cross seven suspended bridges before arriving at Casa Collibri. A small hut where they serve hot cacao while you watch bewildered tens of colibris flying around. 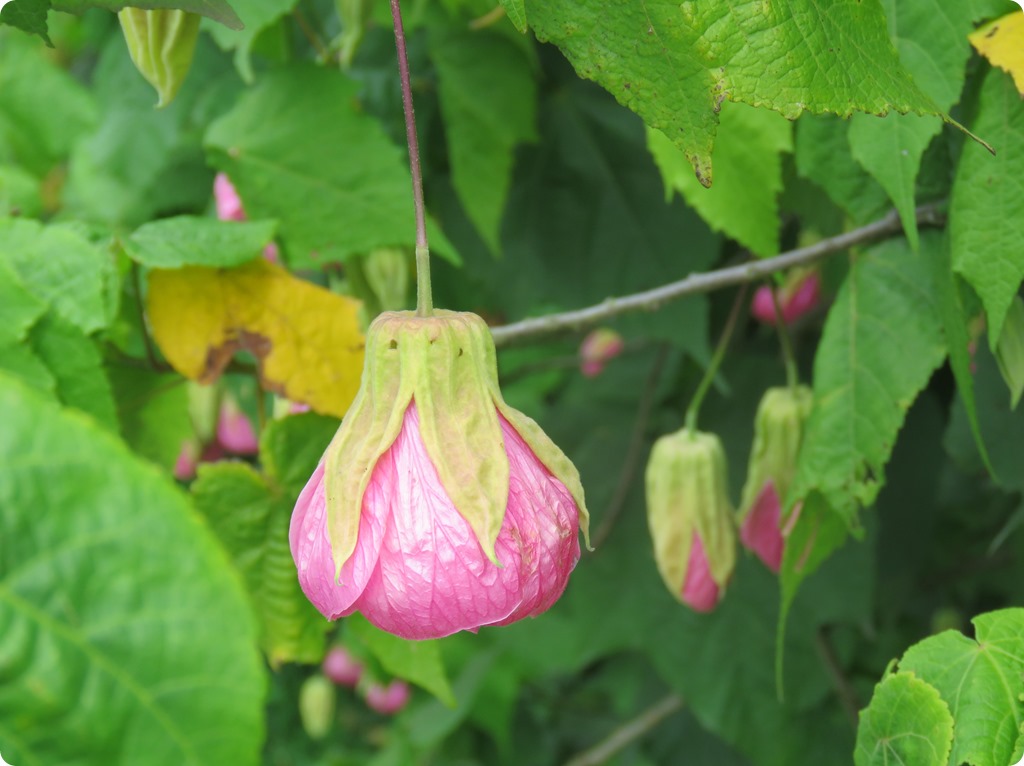 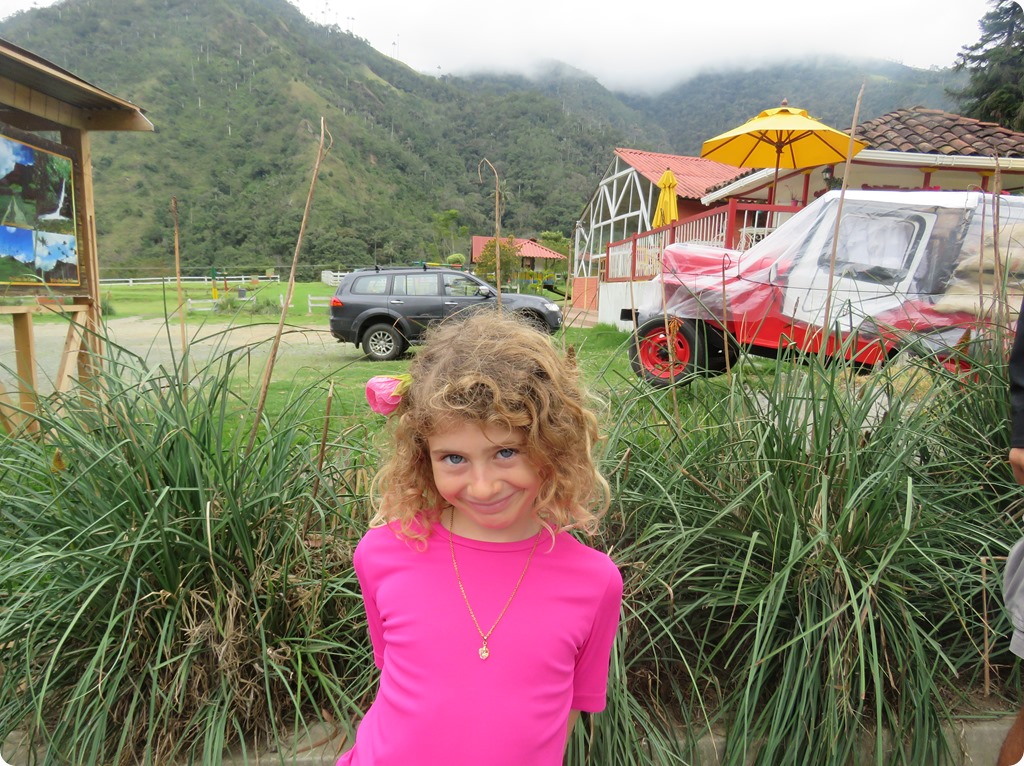 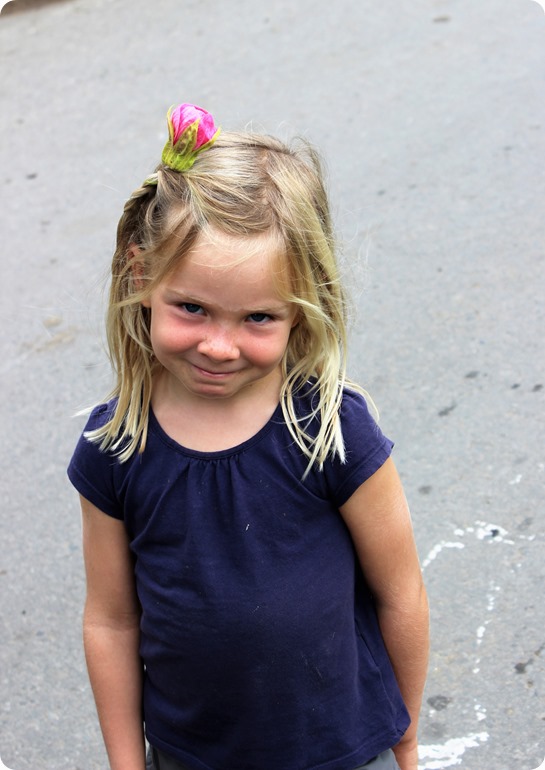 From there the climb become quite steep while the forest changes to eucalyptus and pine trees. you exit the forest at 2860 meters high where a little farm welcomes you again with hot and cold drinks. From here its all downhill on a dirt road in the middle of the pine forest. After about an hour the pine trees disappear and instead you are now walking between these huge palm trees. Some literally had their tops in the clouds as the low lying clouds moved above us. it was magical. 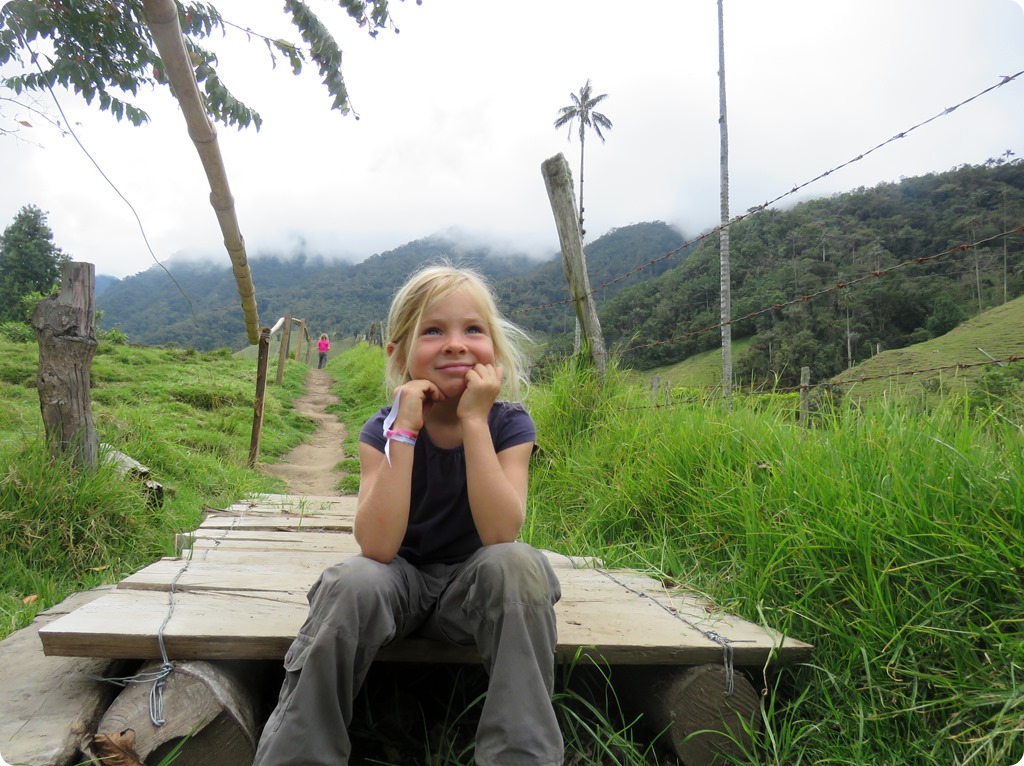 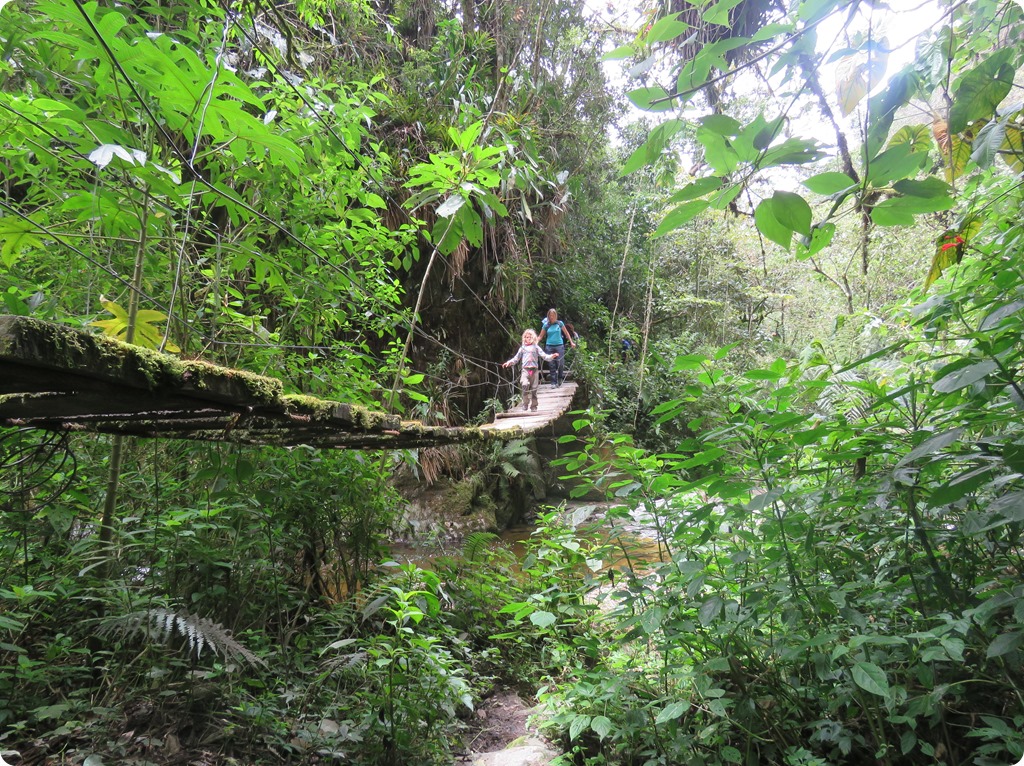 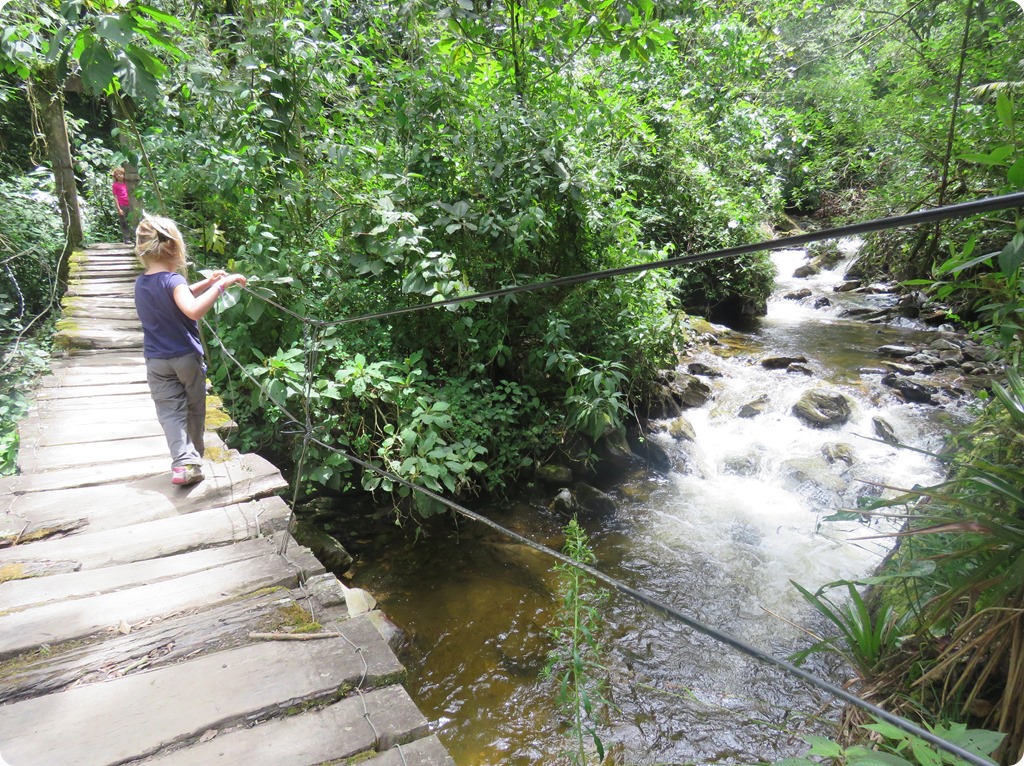 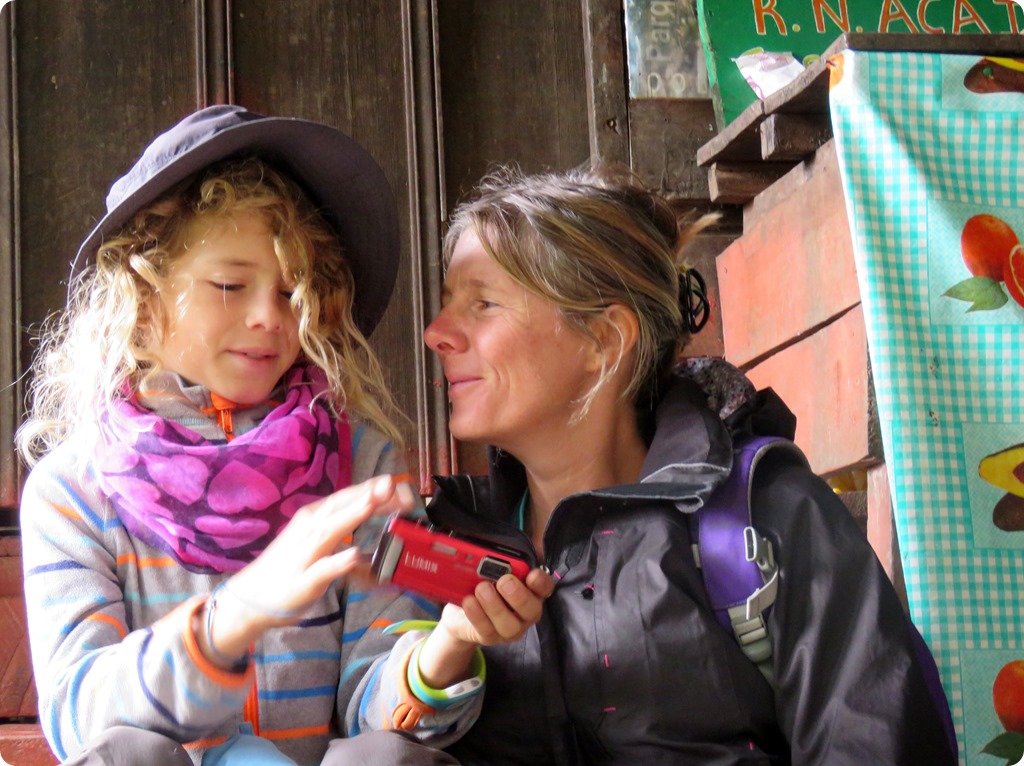 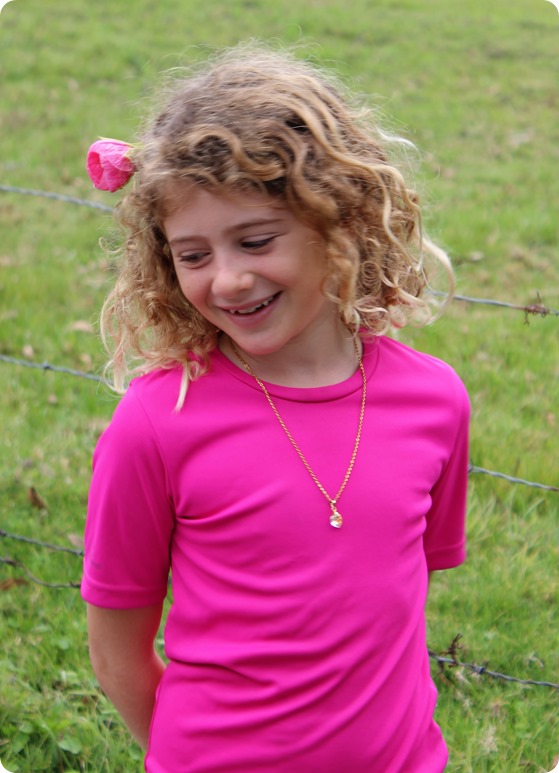 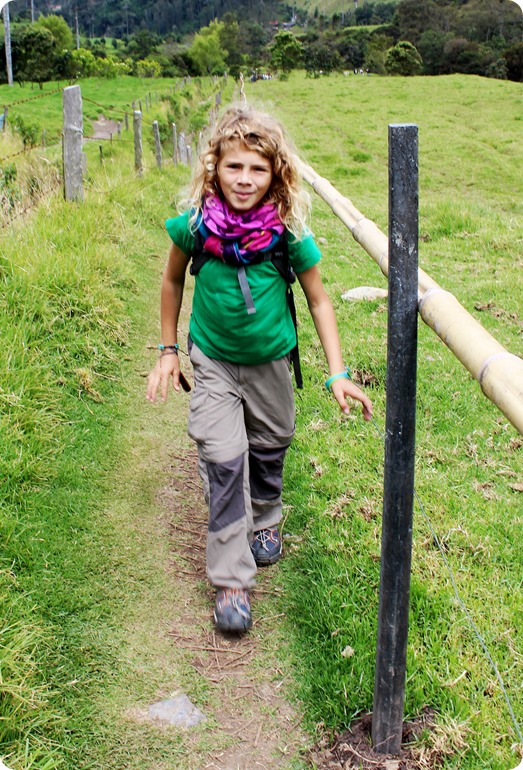 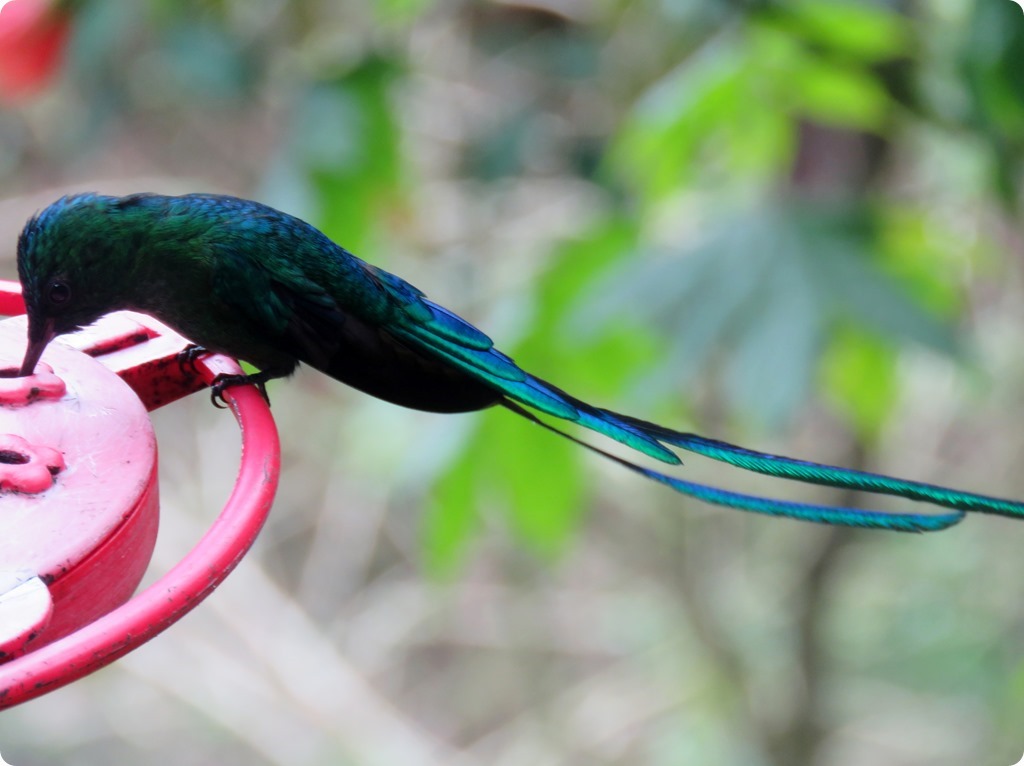 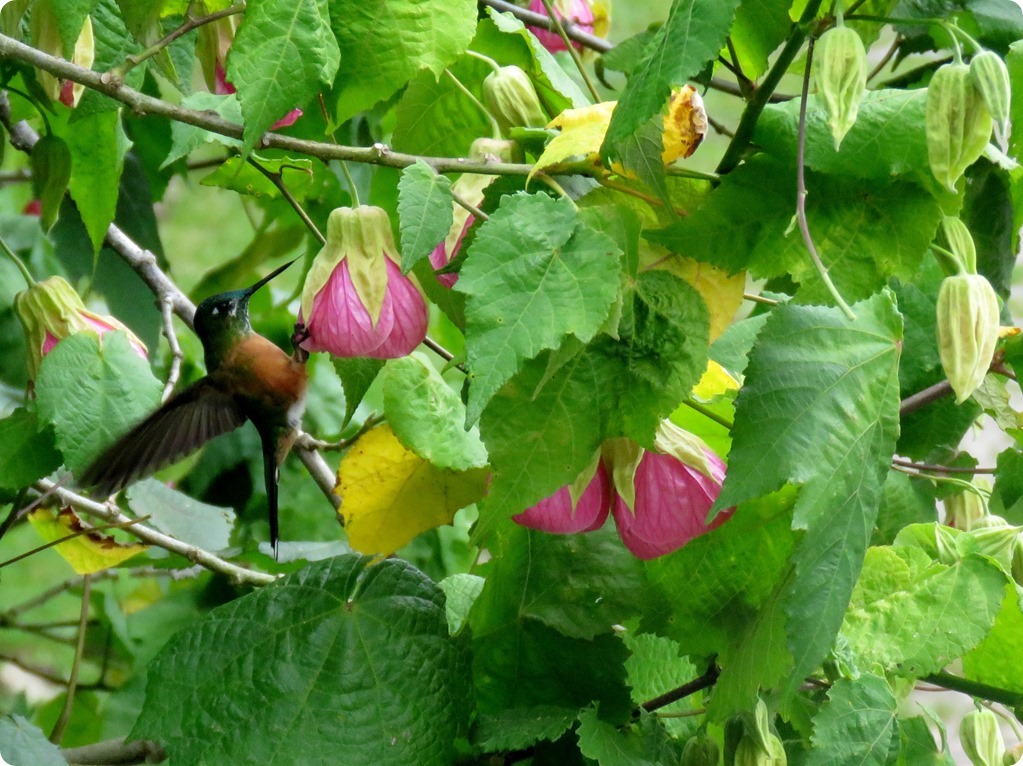 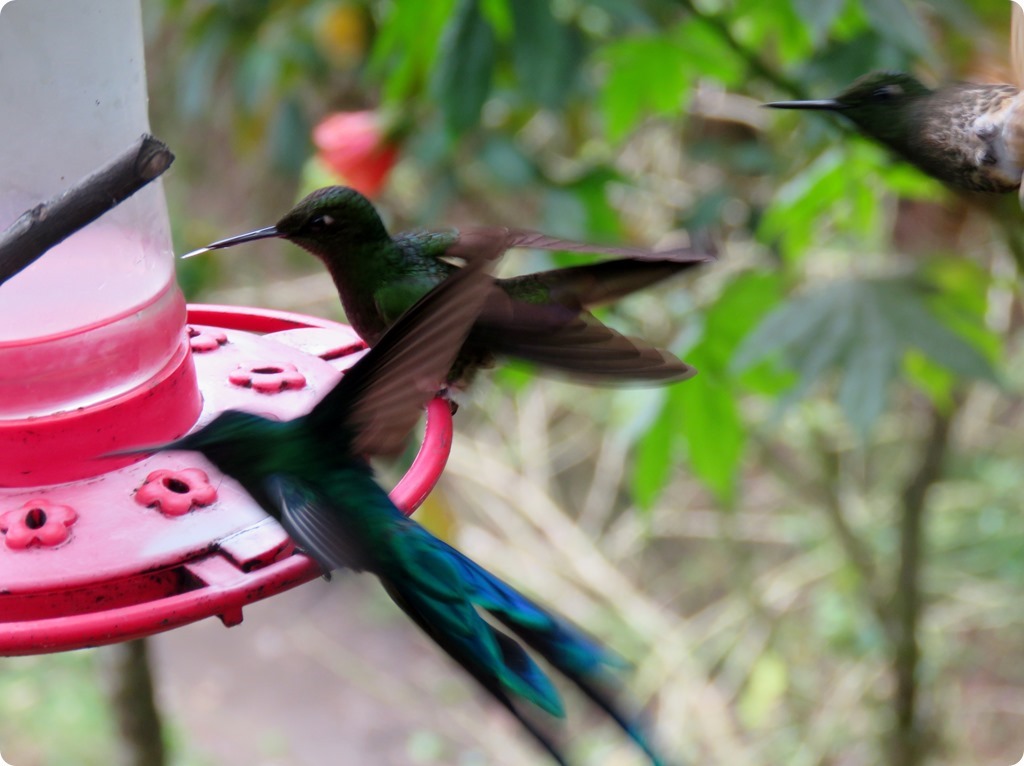 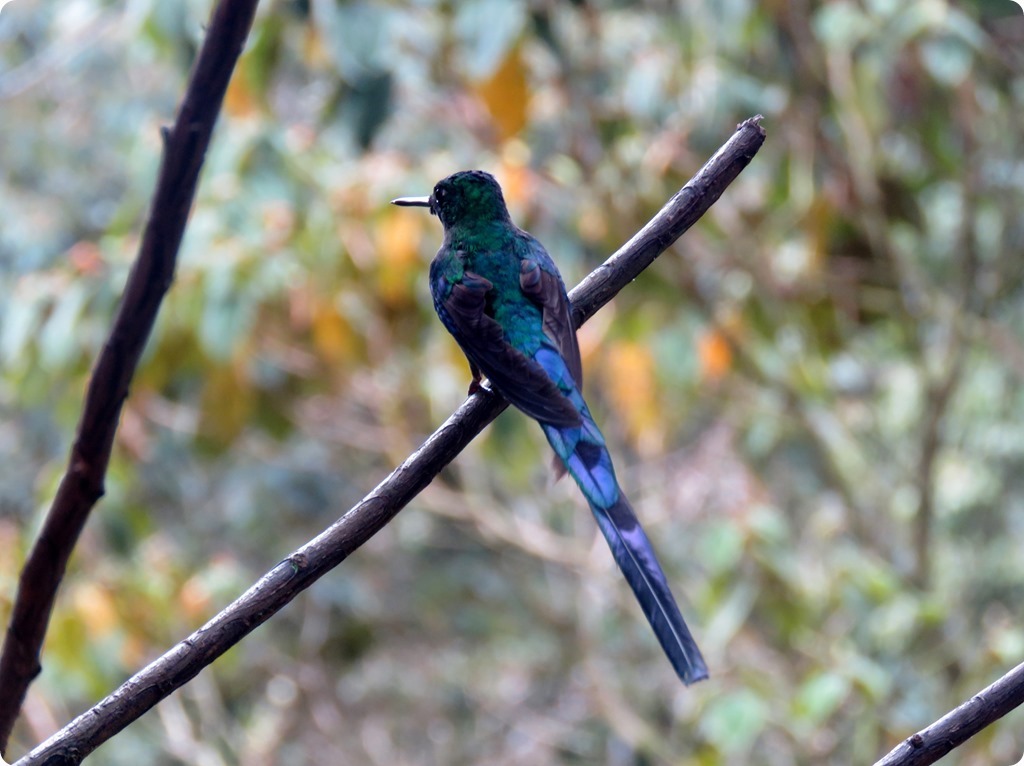 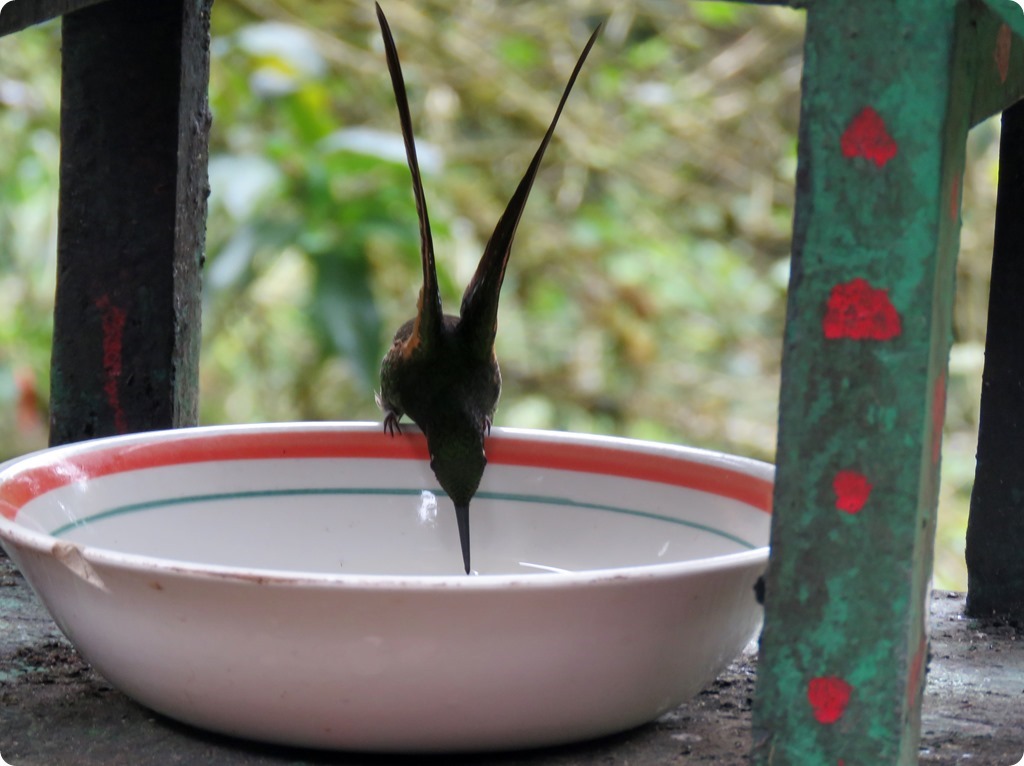 This one is not a colibri 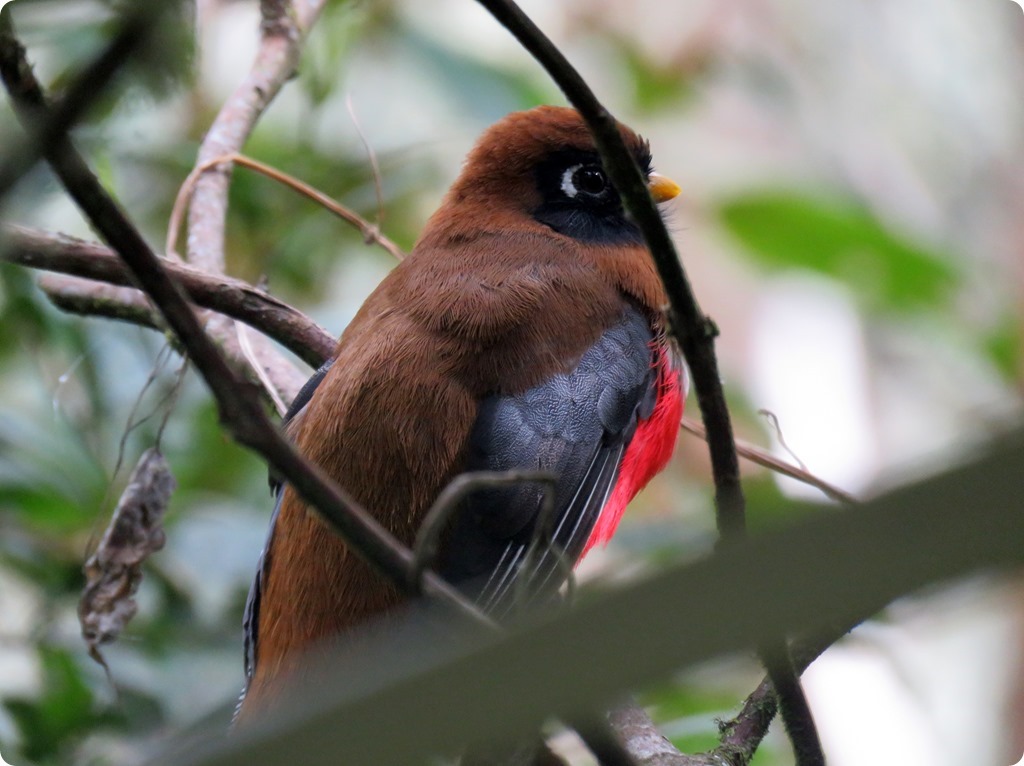 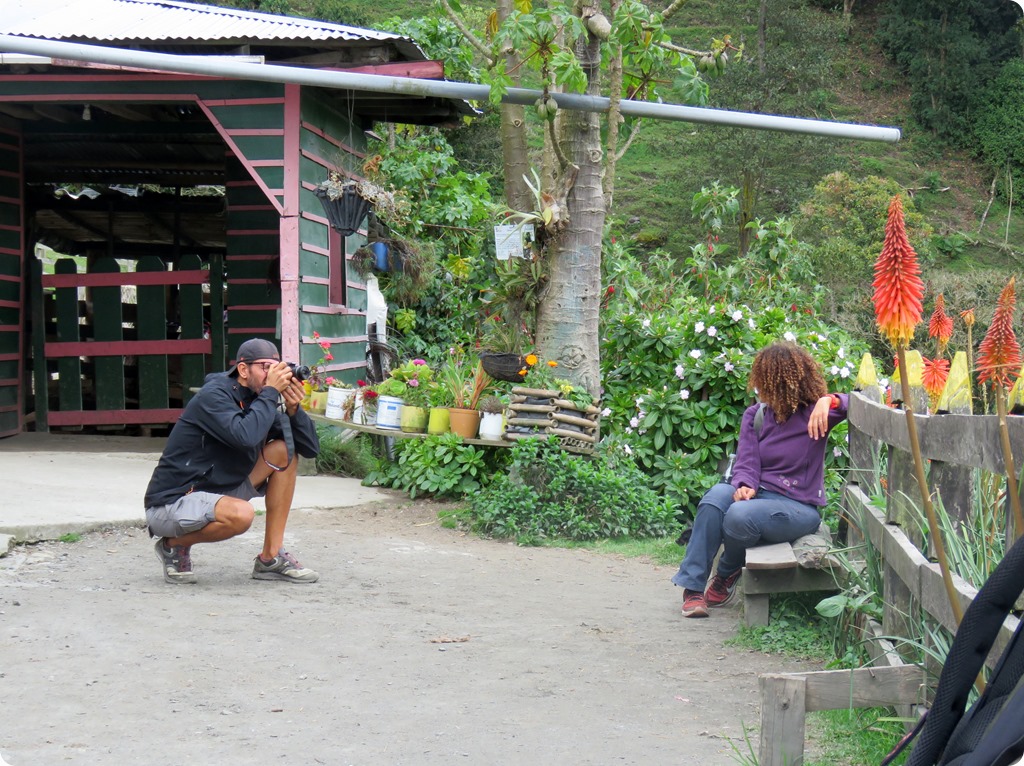 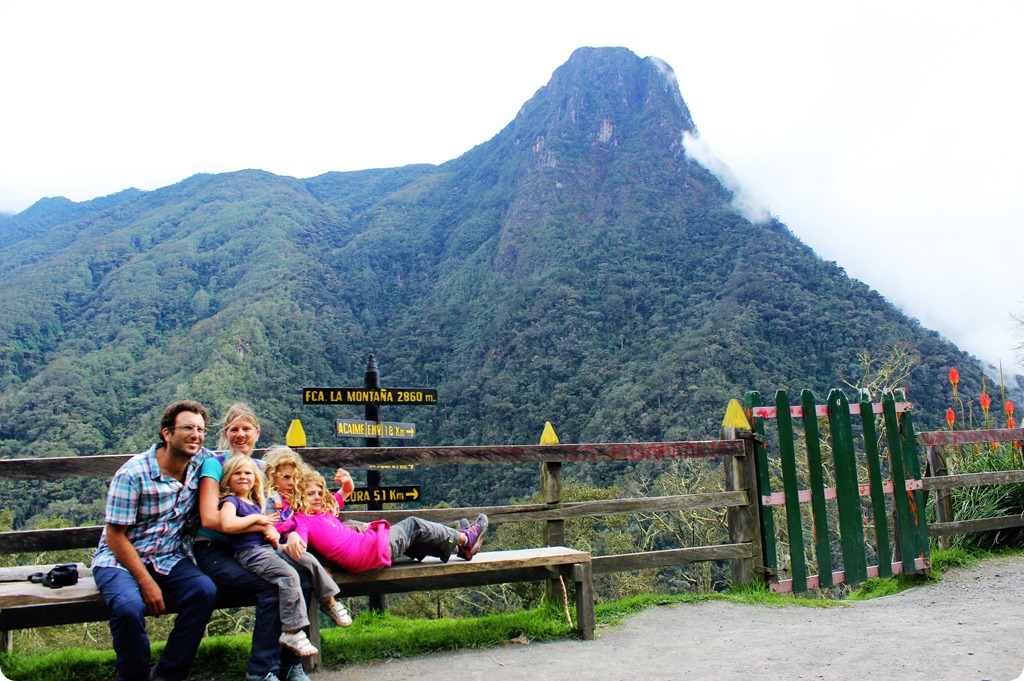 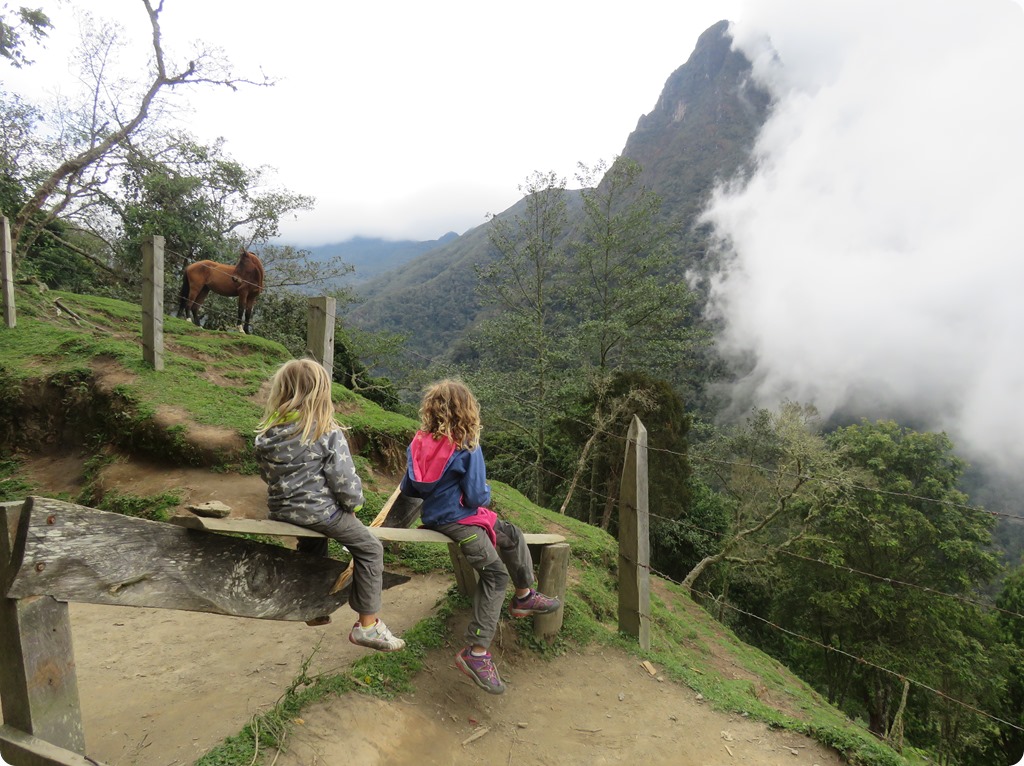 Something that surprised us was the absence of small palm trees. they were all huge, we did not see any small or just big trees, a little like visiting a city with only adults but no kids or babies. We wondered whether this means that these trees are the last generation of the wax palm and after this they will be extinct. 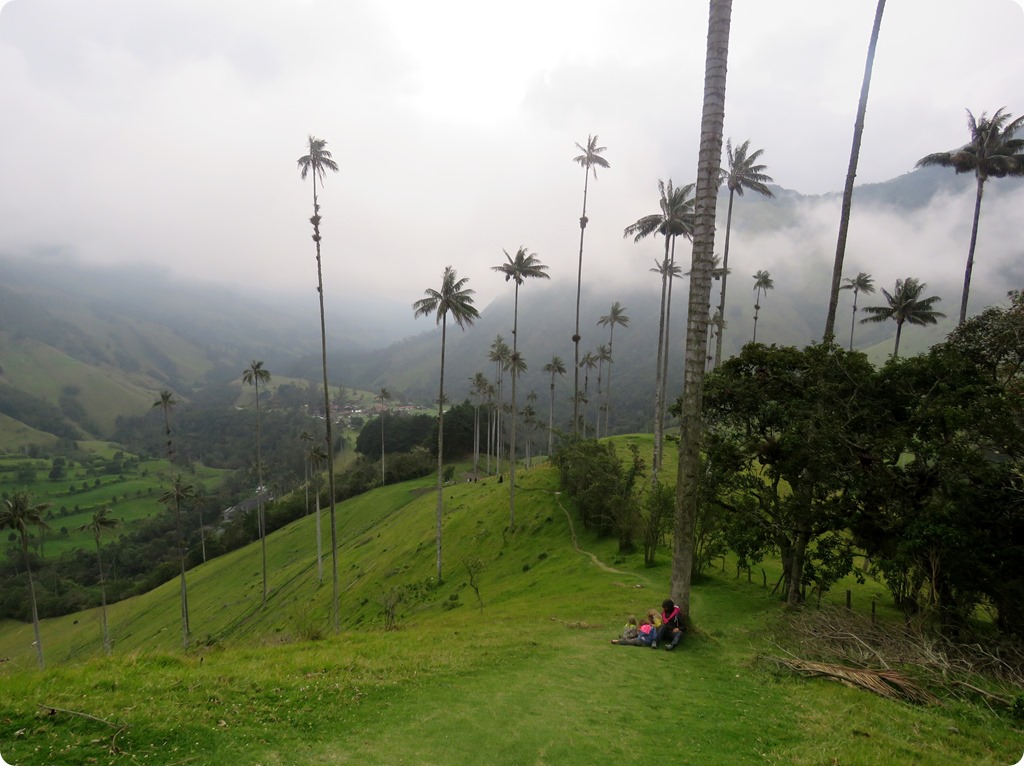 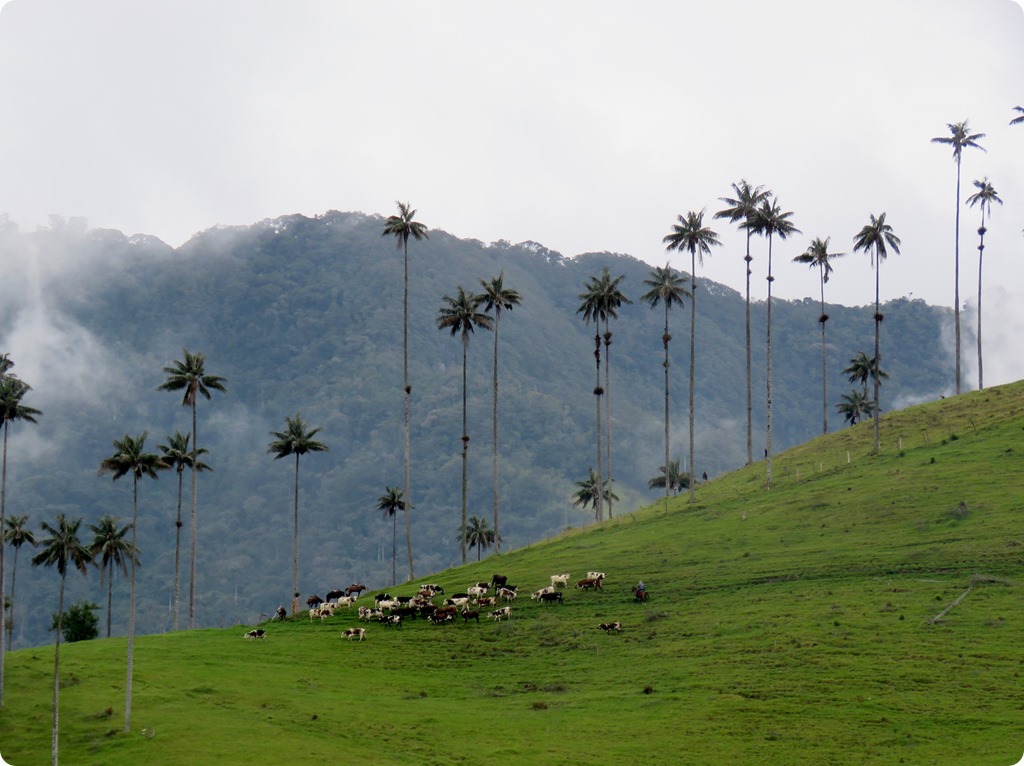 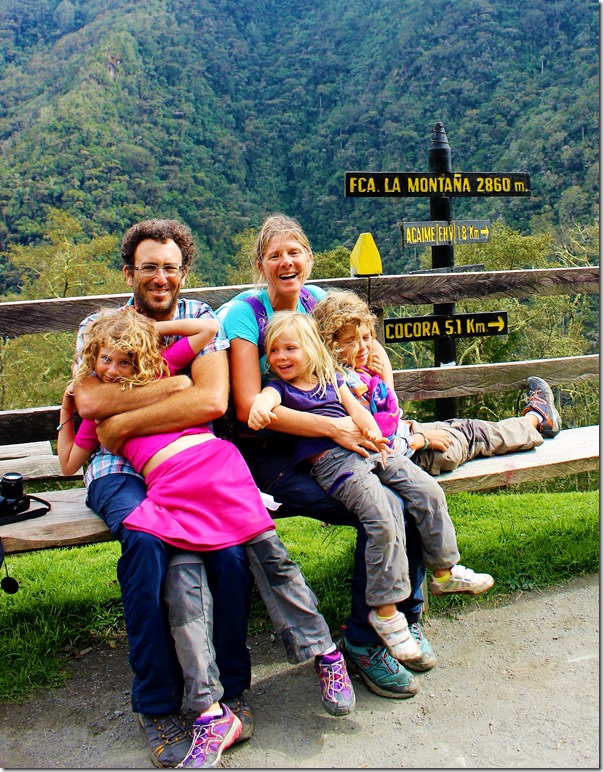