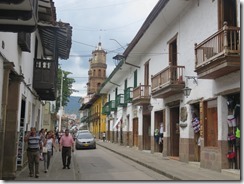 Everyone goes to San Gil for its extreme sports scene – paragliding, mountain biking, rafting, bungee jumping, you name it. We spent our time in a very mundane and not at all extreme way – going to the local market, cooking our meals, playing chess, having interesting conversations with our Swiss guesthouse owner and the other travelers, going for a stroll in the tropical park next to the river, and just enjoying our time.

The hostel we booked via booking.com was nice but not for a family with 3 little kids that need space to run around and make lots of noise. The wooden floor was making noises when you walked on, the room felt claustrophobic and the common area – the kitchen and the saloon were tiny. We needed something else. 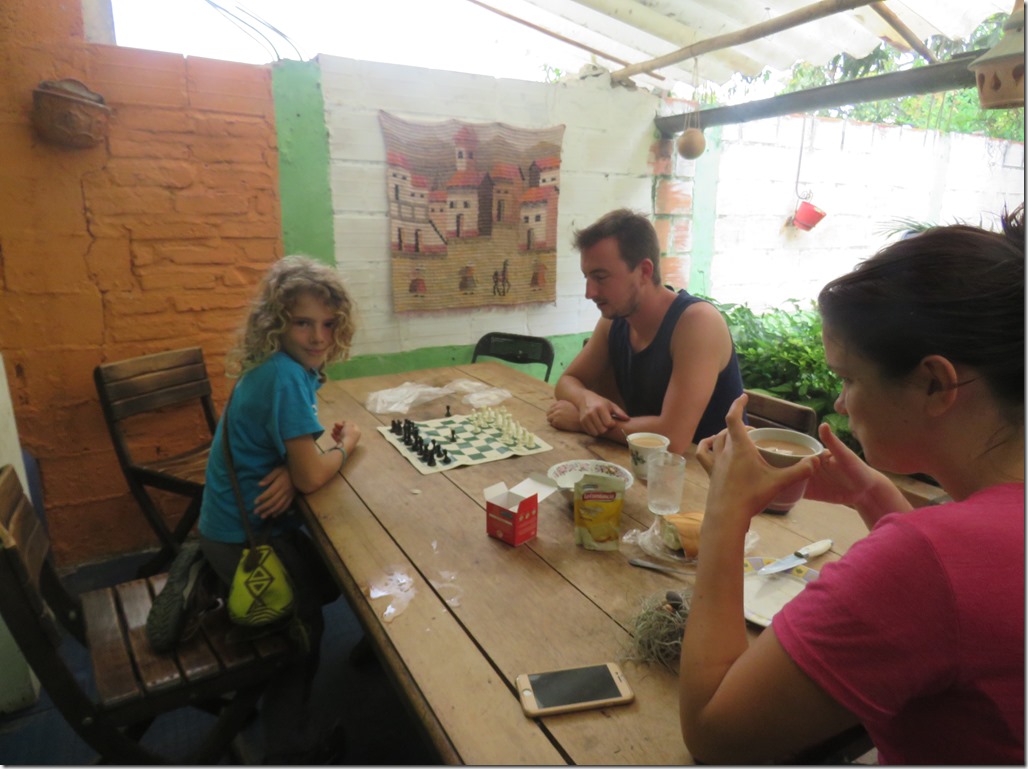 A quick look at our guidebook and we found another hostel 50 meters away from ours, on the same street with a small garden, a dog, two cats and a swiss owner. So we went to say hello and see the place and whether he had vacancy. It did not take us long to bring our luggage and move to this new place. We took two double rooms – one for us, one for the three kids. There were only shared bathrooms but they were close to our rooms. There was indeed a small garden but big enough for our kids with hammock to swing in the far end of it. And of course there was the dog and the two cats. A big kitchen for us to use and a great dinning space – all what we needed. 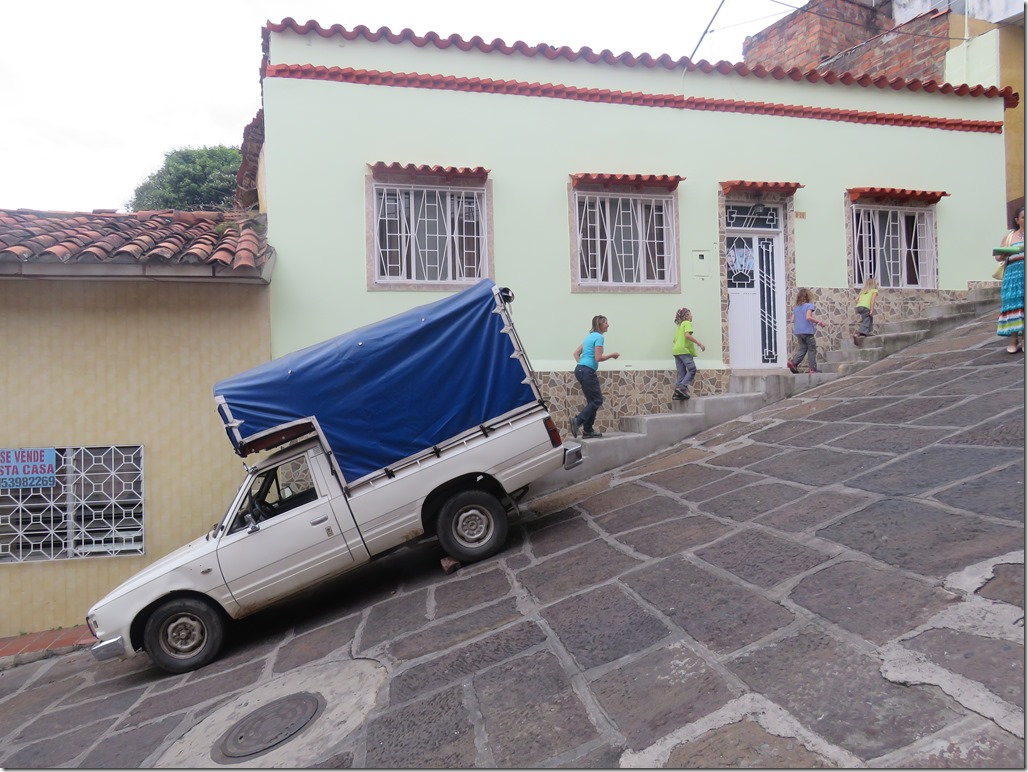 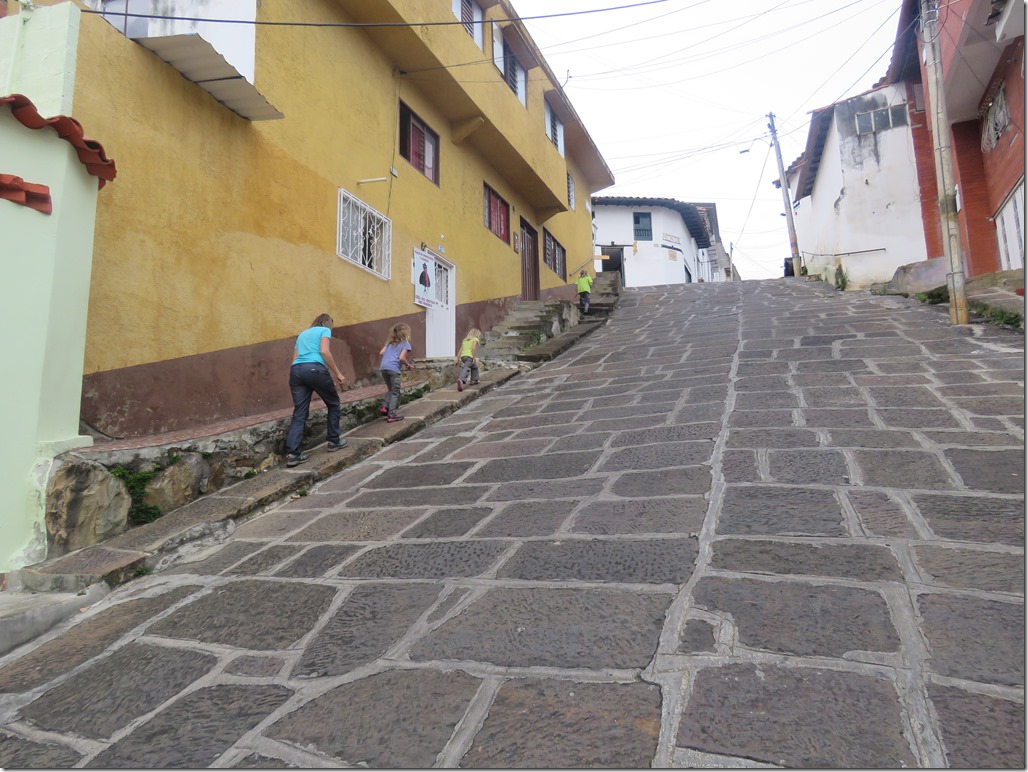 the same street from a different angle

The owner of the hostel was a character. He is a Swiss married to a very smiling and happy Colombian woman and it is 7 years now they were living in Colombia. But unlike his wife, he was very sour and frustrated. He did not stop complaining about how hard it is to make a living in Colombia, how he is sick of seeing these backpackers trying to negotiated prices everywhere. Apparently, until 3 years ago there were much less hostels in San Gil and business was great. Than for two months he did not receive any reservation on the internet. He checked the booking websites and saw there were plenty of other guesthouses around that lowered their prices considerably. He had to do the same. And since than he is sour. Life was good in Colombia he said but the problem is you are making Colombian pesos which can buy you a comfortable life here but he cannot afford to go back to Switzerland for vacation. He was stuck there. So he was angry about the backpackers who go for a 9 months trip and have lots of money but then bargain about every dollar they spend. We could understand his feelings of frustration but it was sad he took it out on his visitors. 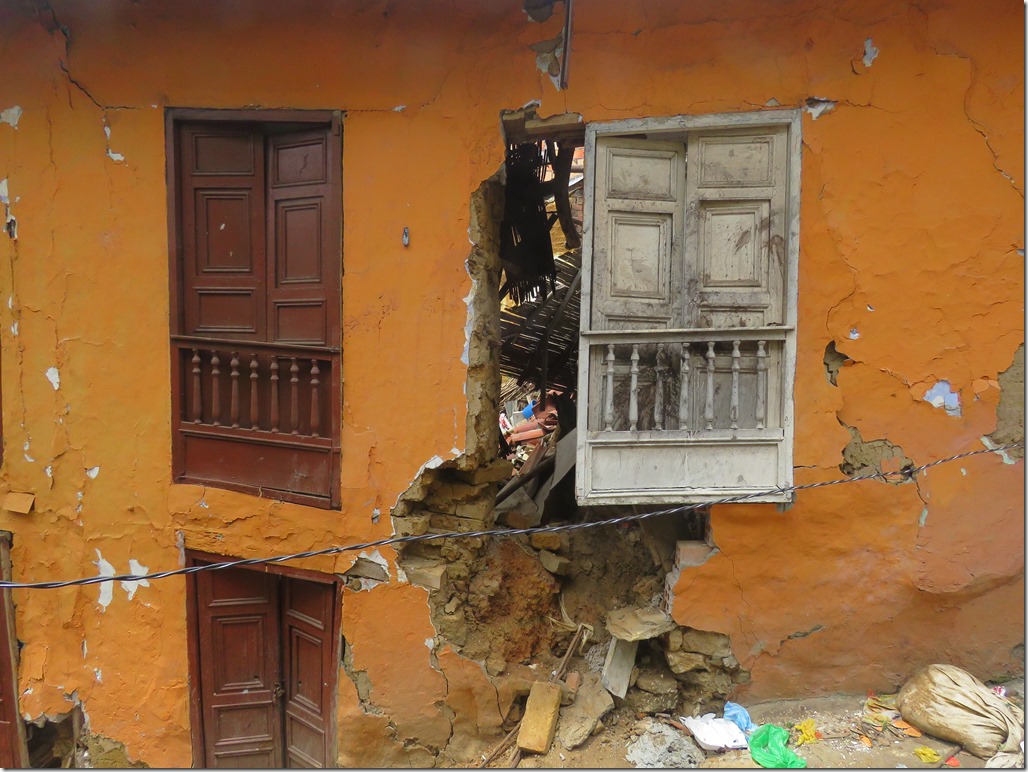 We also learned from other travelers that in some places in Colombia hotels owners had to pay protection fees to paramilitary groups. If they refused they were forced to leave the place. Apparently in Colombia they still settle arguments the old way – with the sword. Another example, Uber, a new arrival to Colombia, is seen as a threat to the income of the taxi drivers so how do you go about to solve this? Well, in Colombia you use violence – in the last couple of weeks someone murdered 3 Uber drivers.

A short walk along the river revealed plenty of tropical flowers. 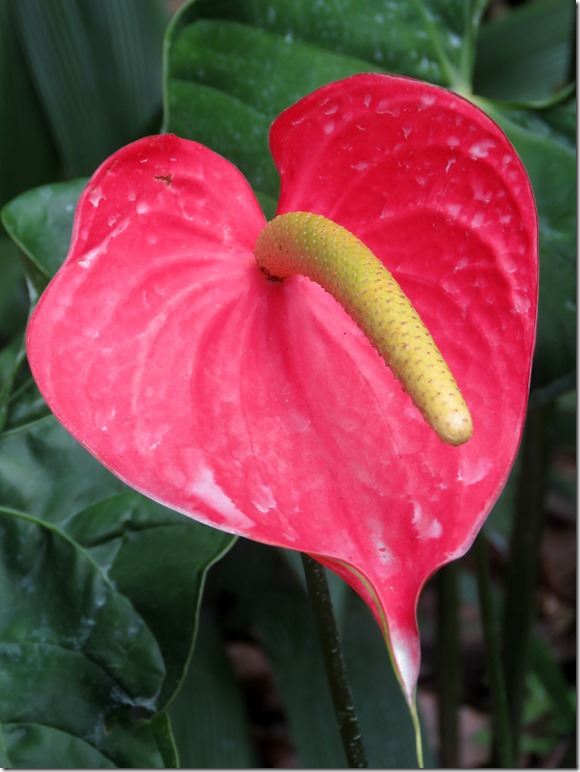 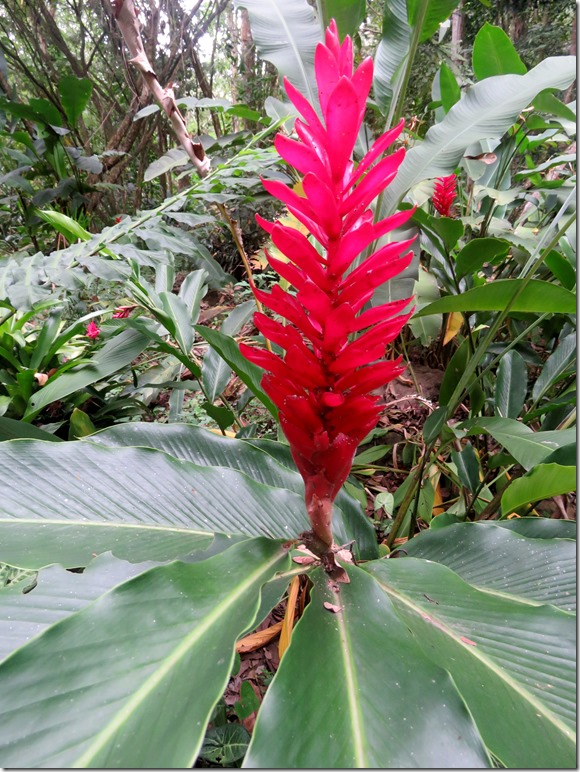 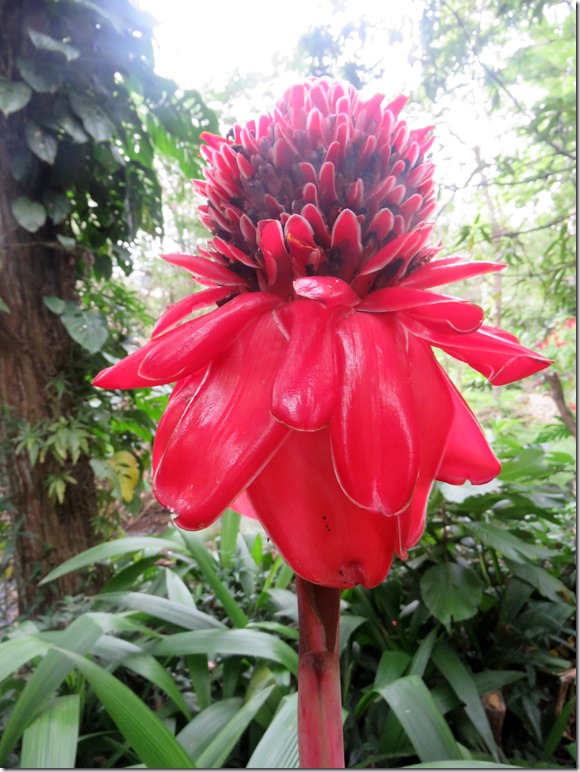 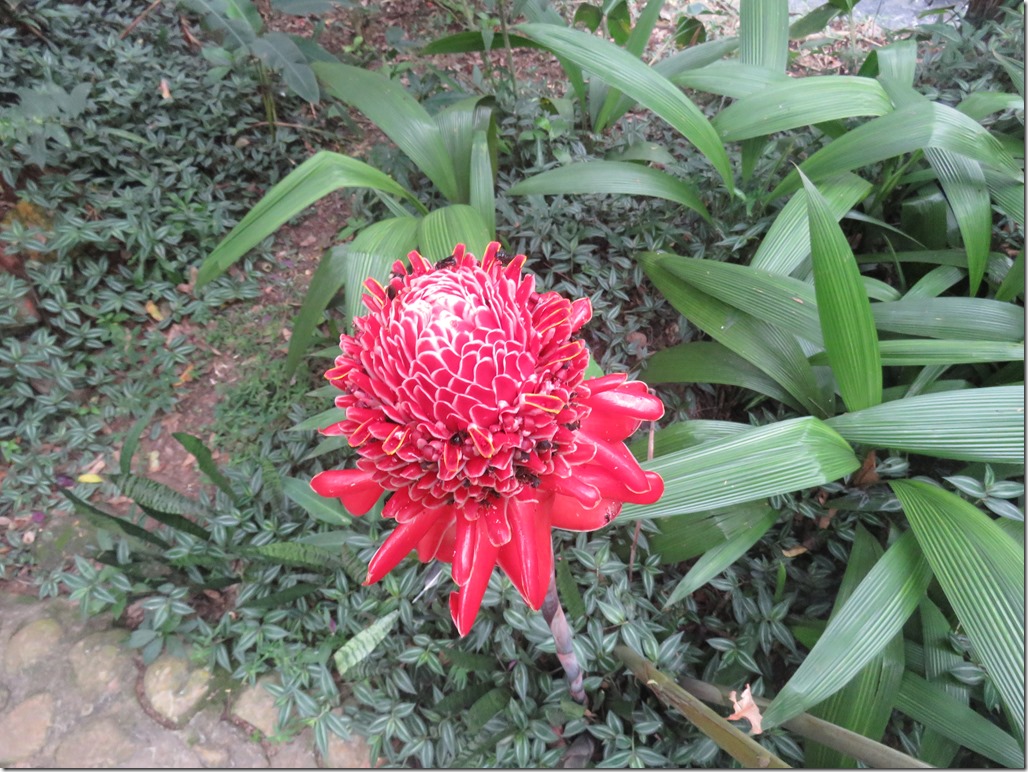 The same rose from a different angle 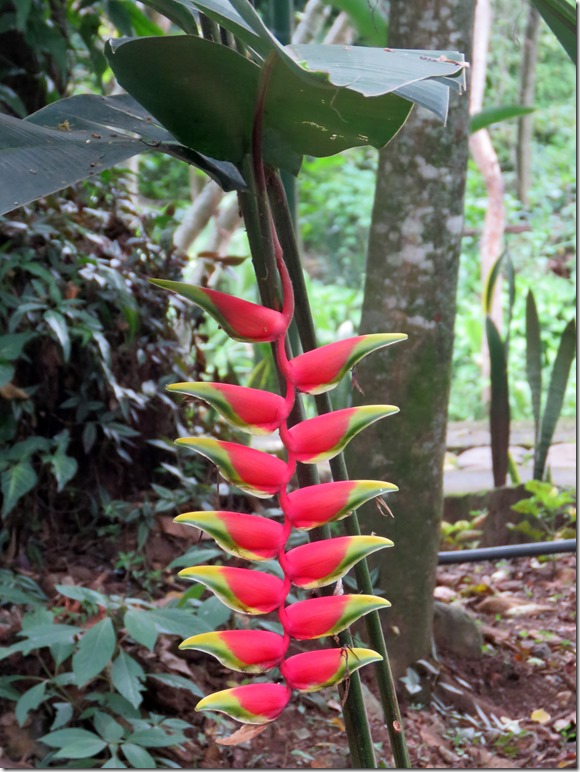 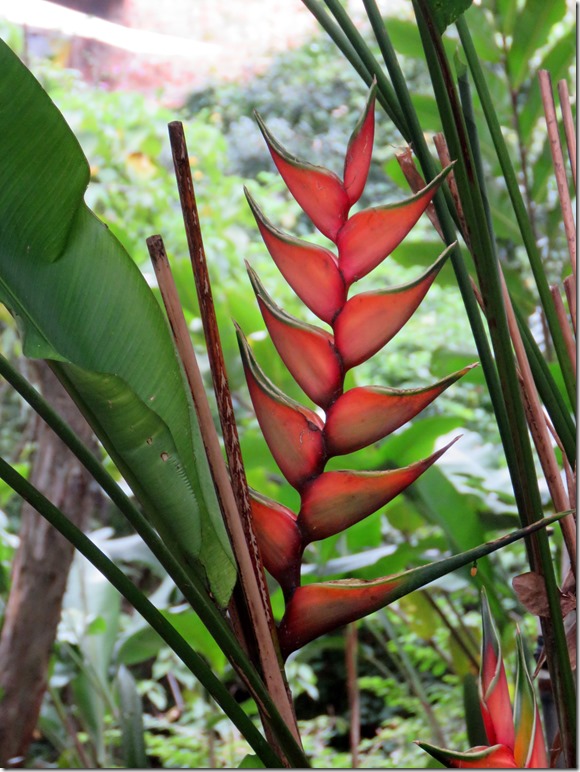 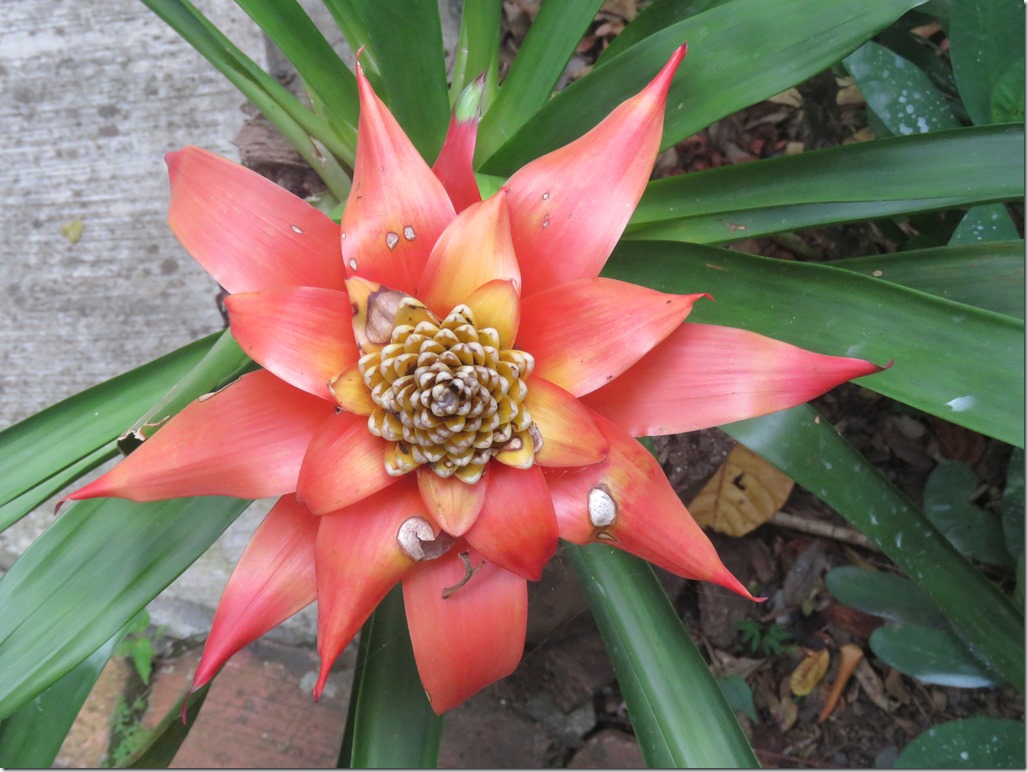 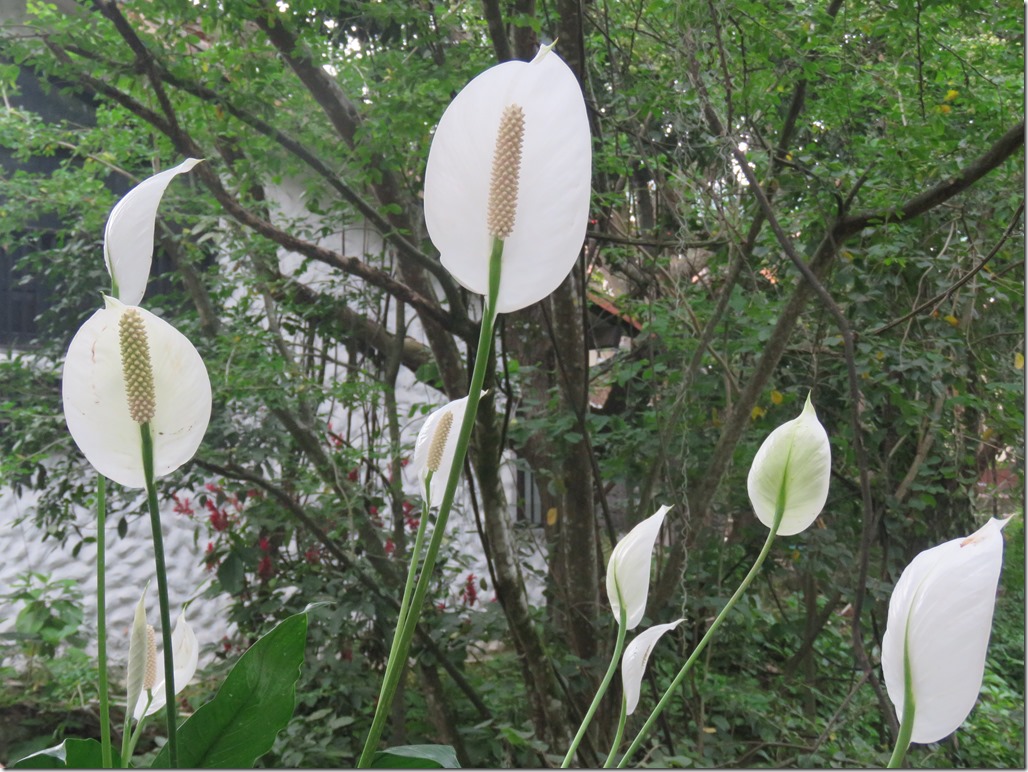 The town itself is not that attractive but it feels authentic and the fresh fruits and vegetables market is a real pleasure to all senses – the colors, the noises, the smells and even touching all these unfamiliar fruits is a new experience. Usually I don’t like markets because for some reason I always feel like I’m being cheated. That I am paying tourist’s prices. Colombia is a different story. Here we never felt that way and the vendors are very friendly, smiling and happy to talk and help. The prices are really cheap and the variety is exceptional. Before we arrived at the Caribbean people used to tell us about all the variety and quantities of fruits and vegetables that awaits us on the islands. The truth is that these islands are mostly dry and not much can grow on them so everything has to be imported and so it is expensive and limited in quality. Here in Colombia we finally found this paradise of fruits and vegetables in quantity, quality and prices. 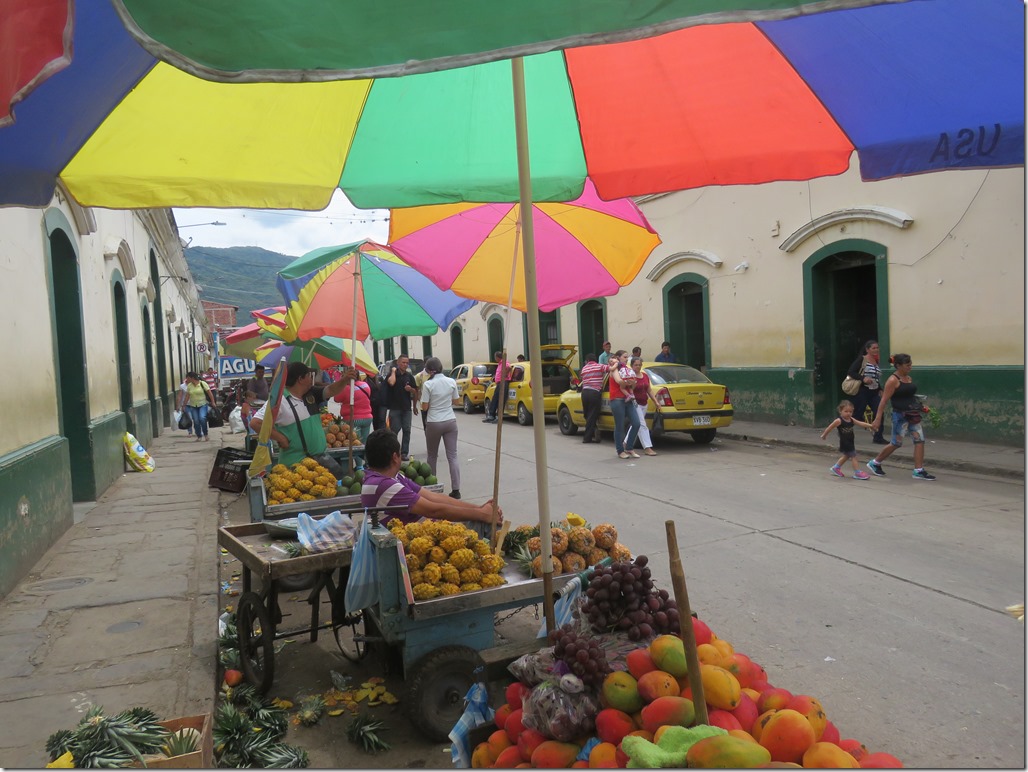 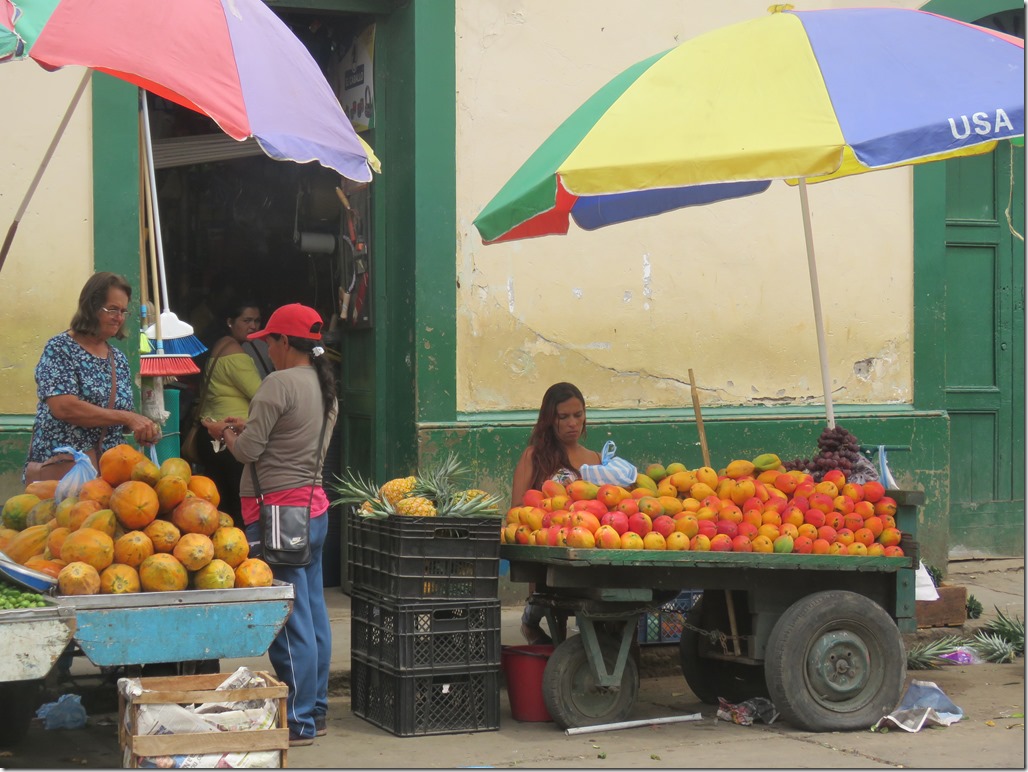 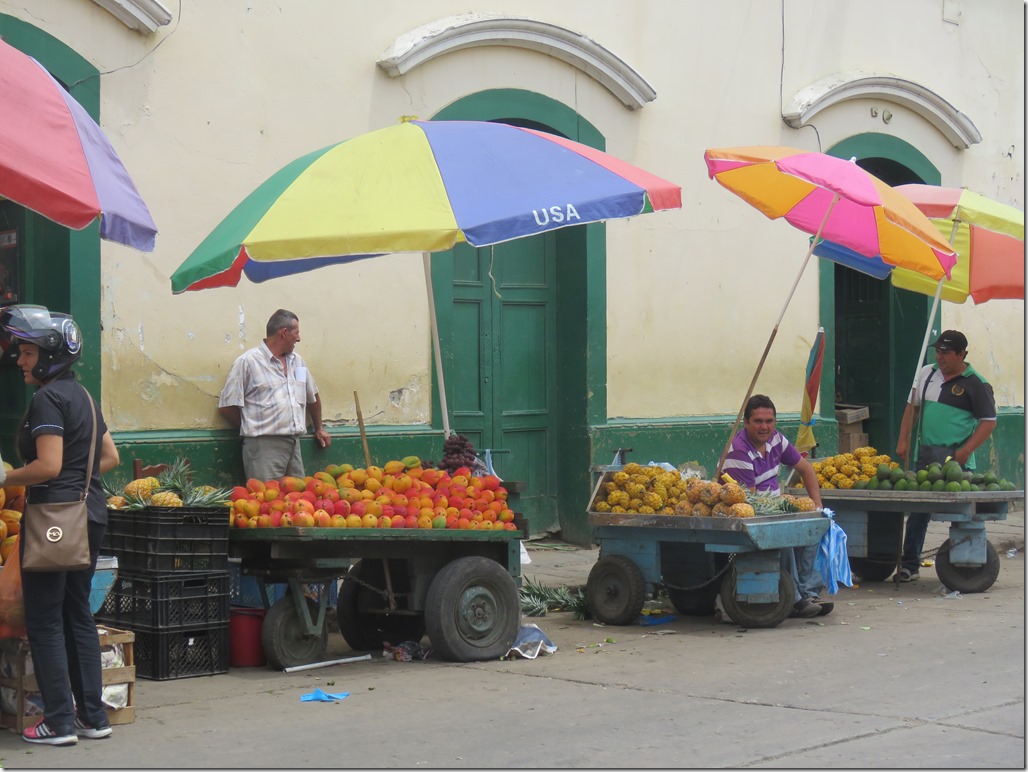 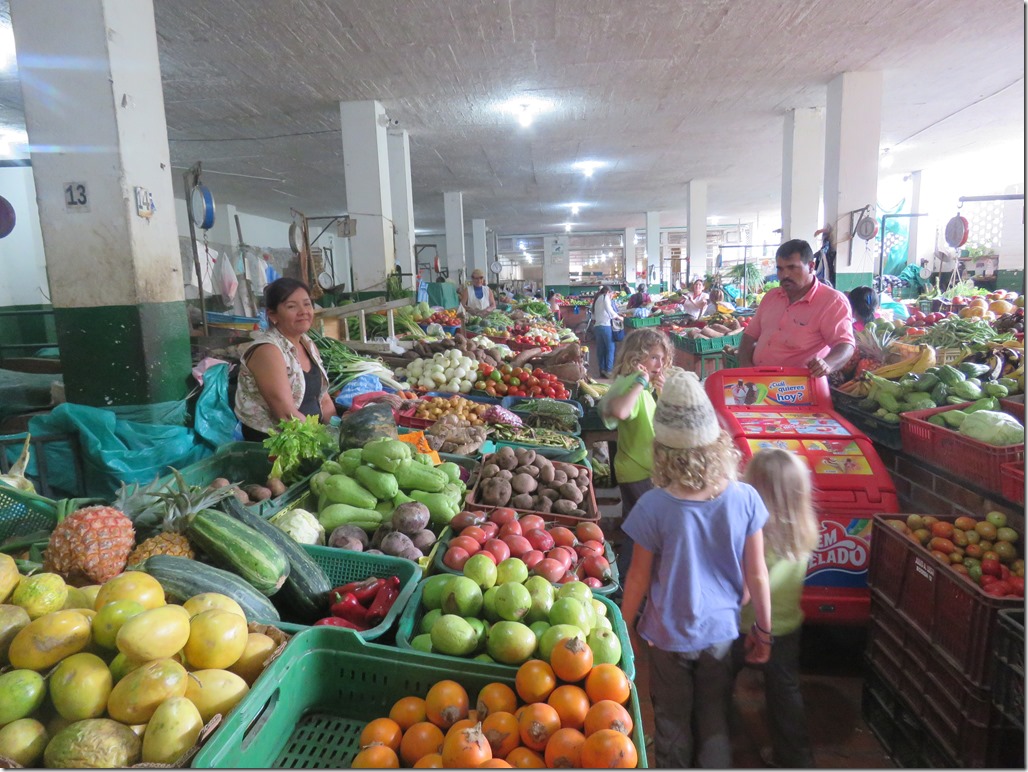 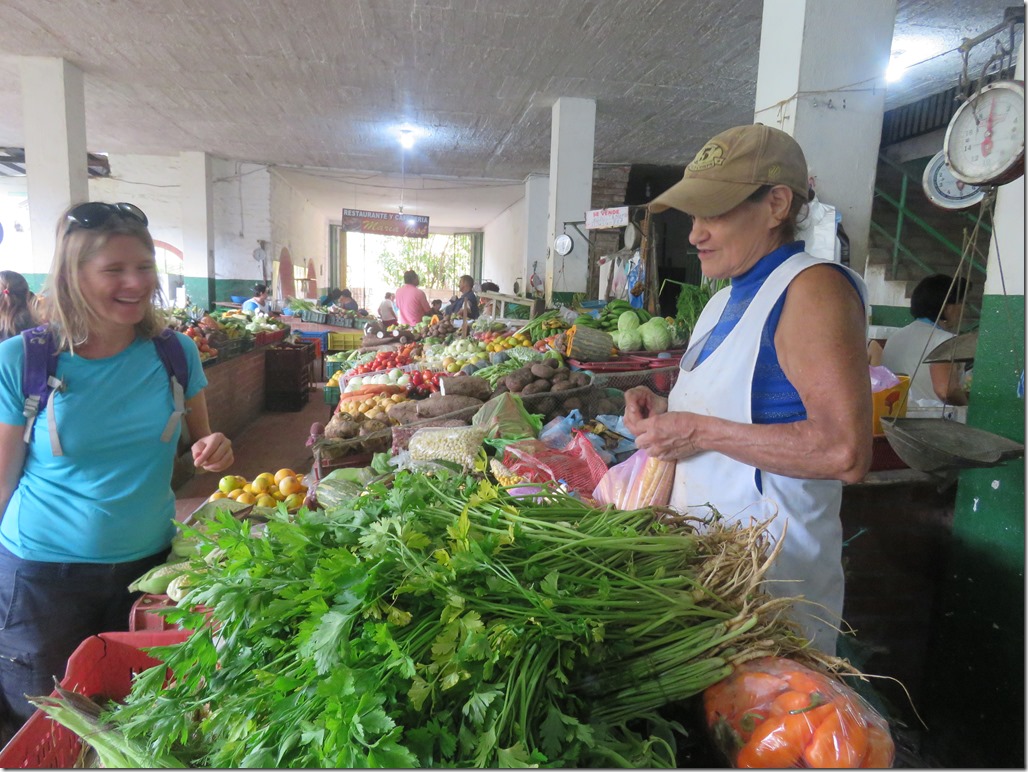 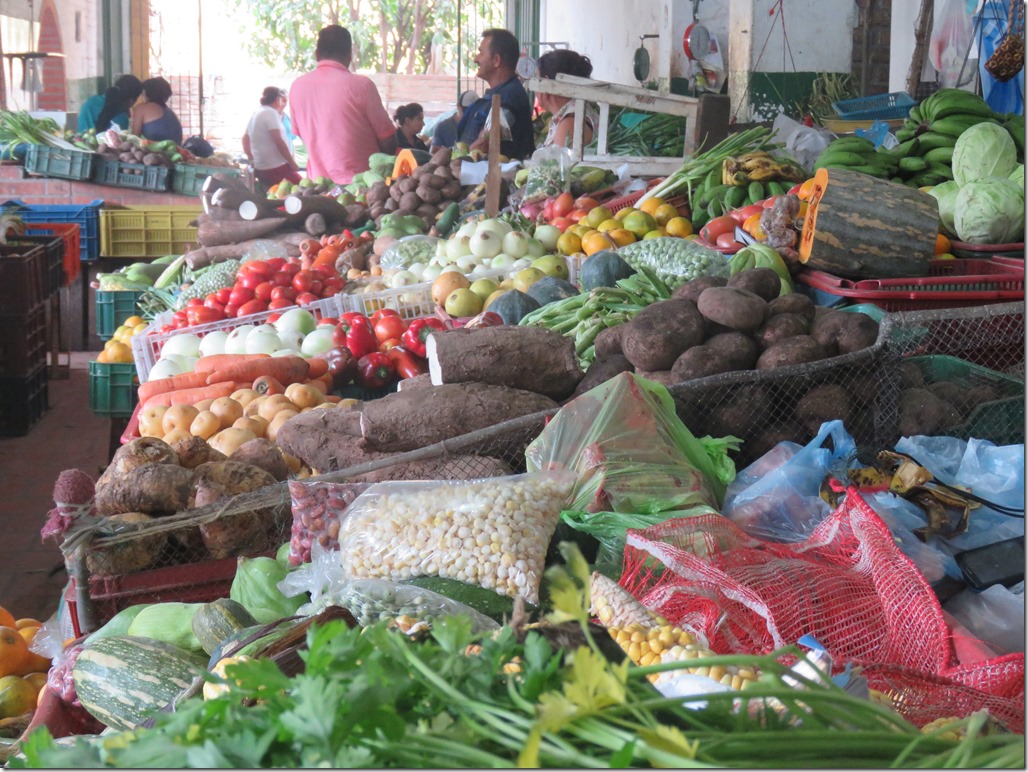 And that’s the meat section 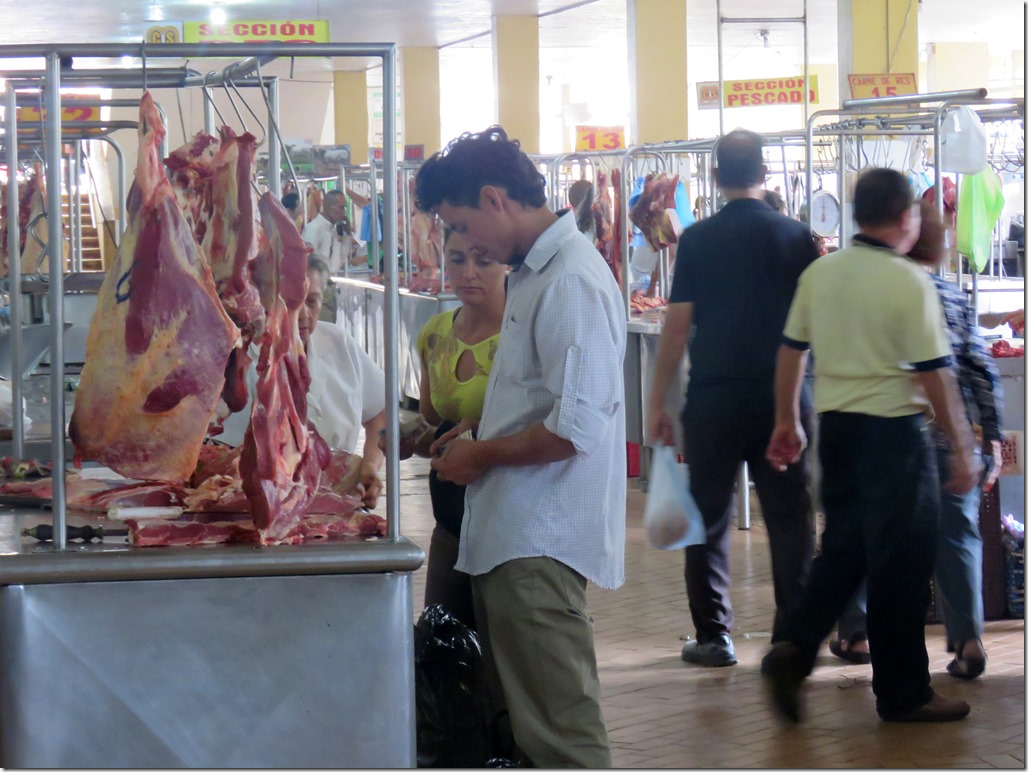 Last thing left to do in San Gil before heading back to Santa Marta – a new hair-cut. 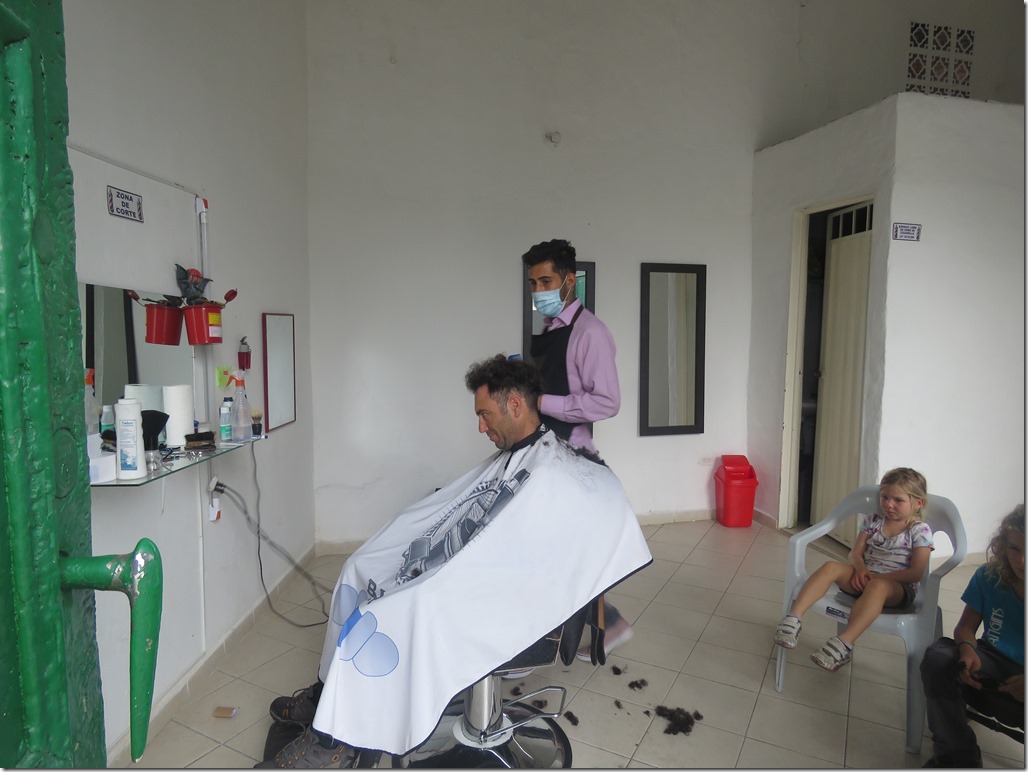 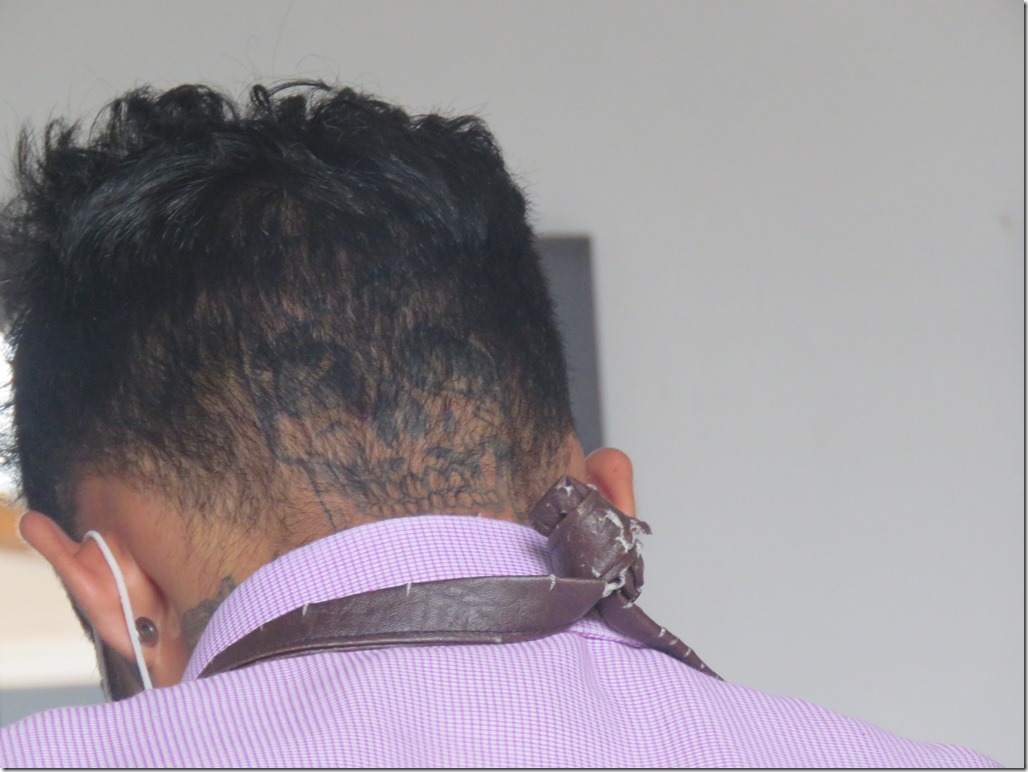 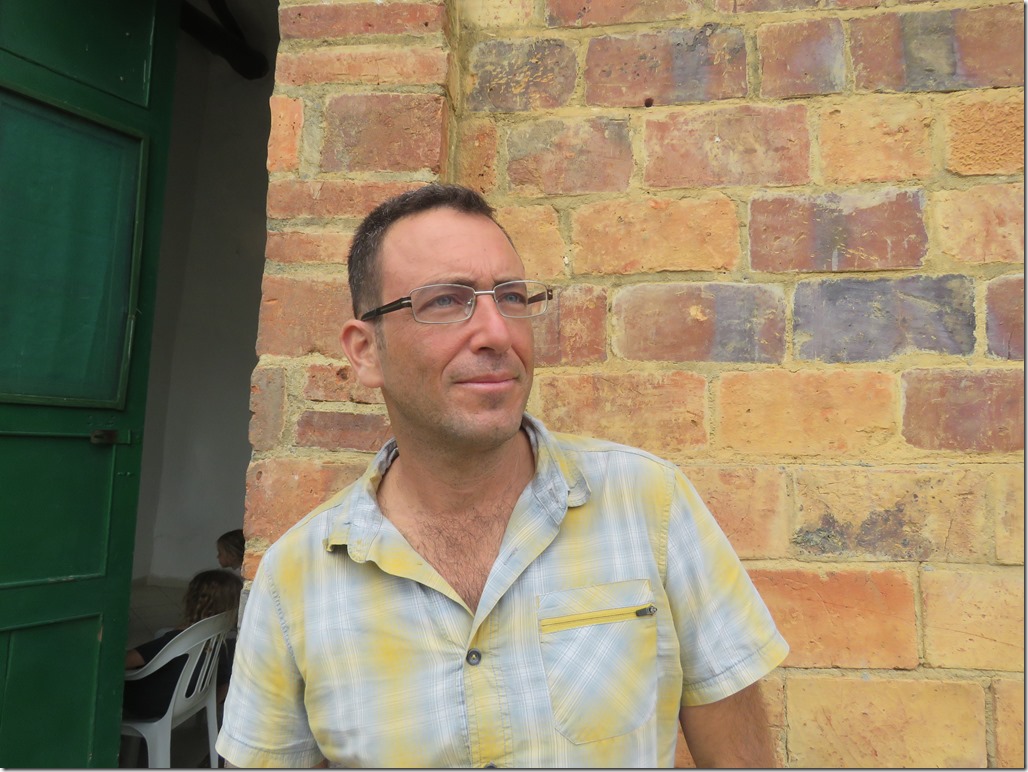 On the night bus back to Santa Marta. A 14 hours drive from San Gil. For some unknown reason the Colombian drivers like it cold – it is freezing in the buses. And don’t look forward because you wont be able to sleep if you you’ll see how these drivers double other cars. 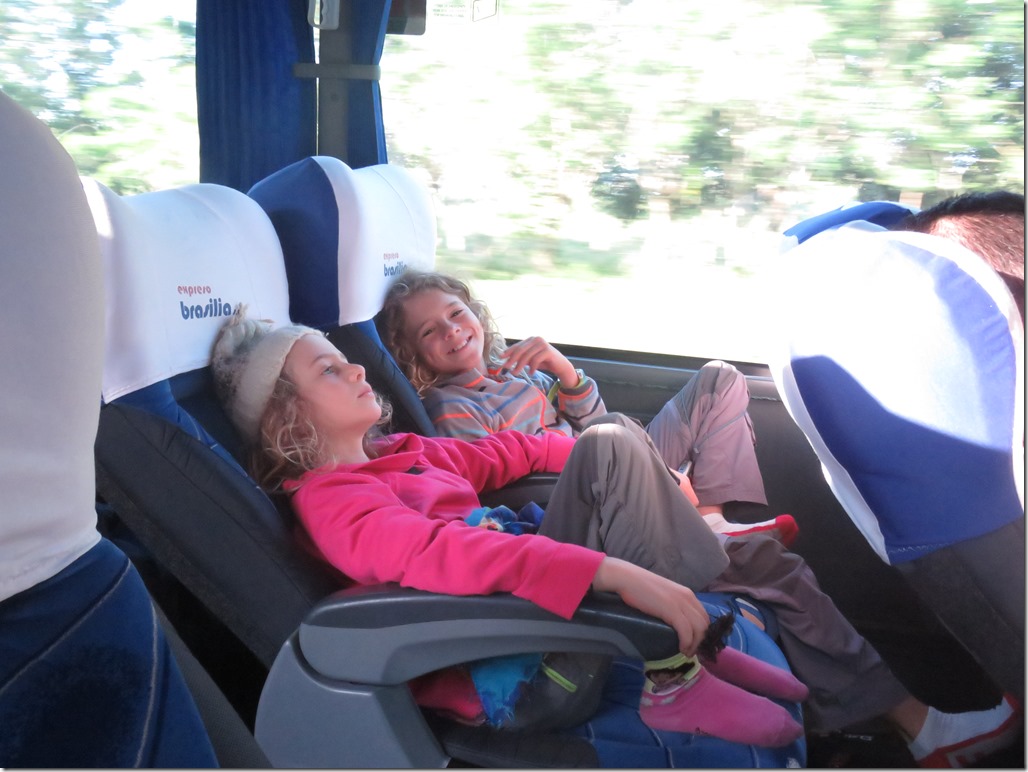