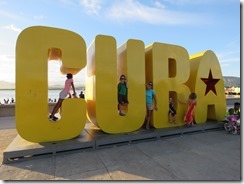 Already a week passed since we arrived in Santiago and from day one Cuba does not stop surprising us, overwhelming us.

Simply going to town in an old Lada driving around the streets of Santiago is like a walk through the museum with those old cars from the fifties, the old colonial buildings, pigs and turkeys crossing the street before a small chariot led by an aging horse.

The city itself on first look look like any other city. Plenty of people nicely dressed walking down the streets with shops on both sides, a girl eating an ice-cream, a super market here, an electronic shop there. In the park people play domino, in another kids dressed in white practice judo and in yet another a band plays music. 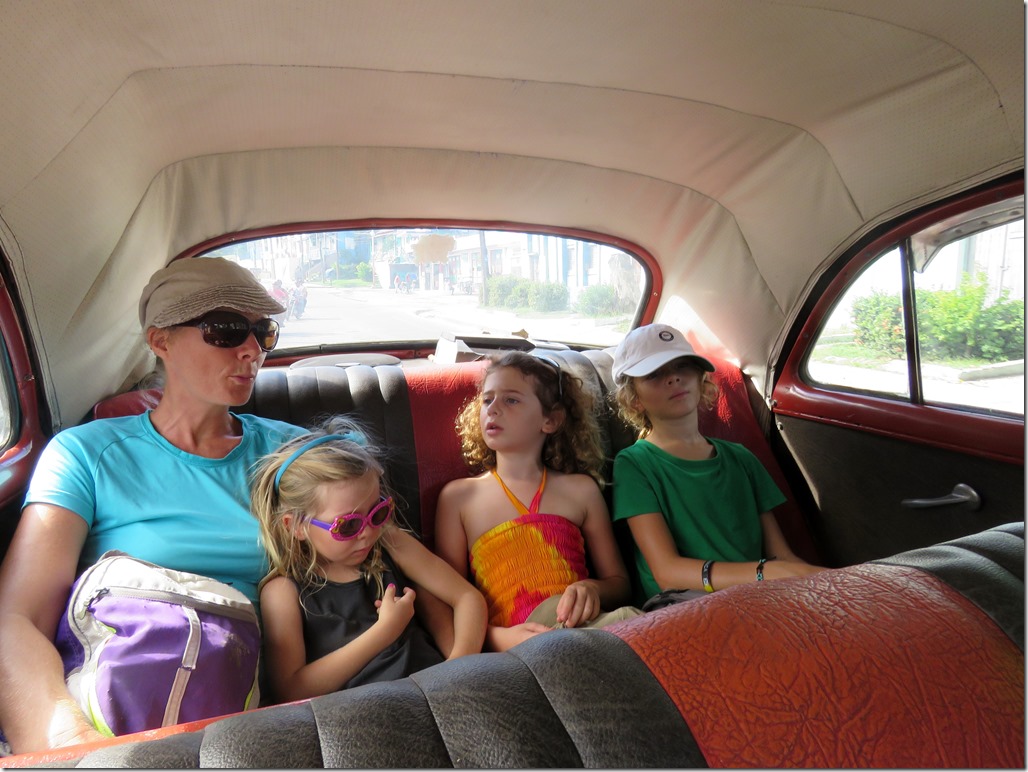 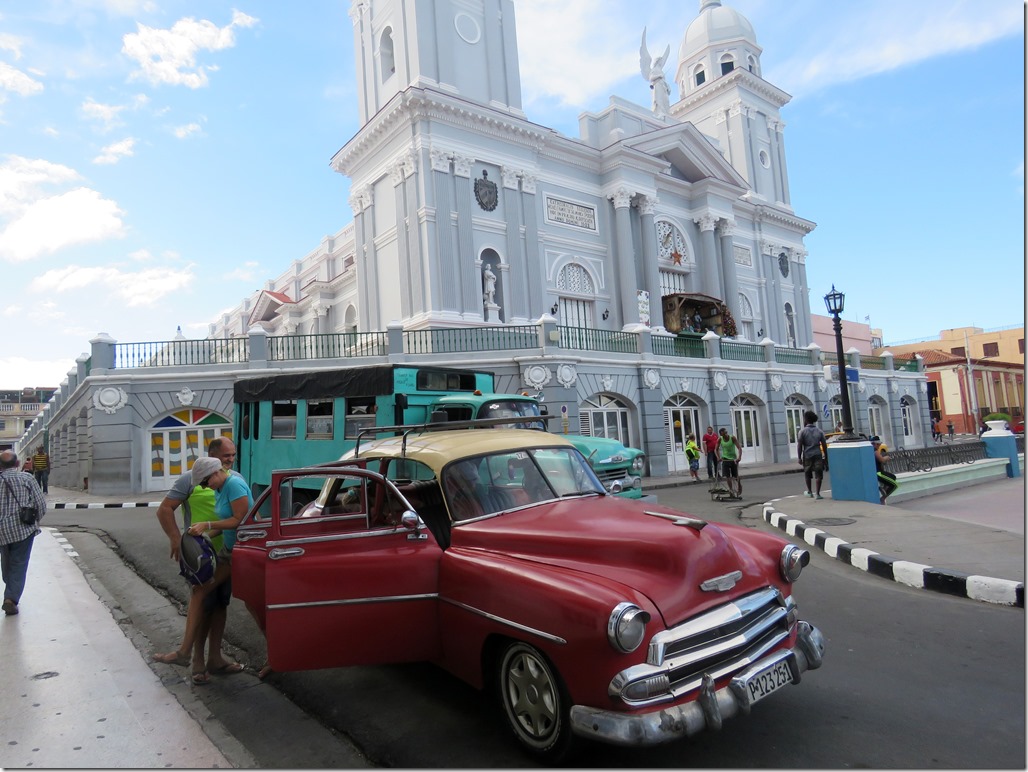 getting off at parque Cespedes

But when you look closer, when you start paying attention to the detail you notice that this place is not like any other we visited before.

First there are the queues. People wait in line for everything, from ATM machines, to the bakery, the ice-cream and toys shops and the telecommunication office. And then when you enter these supermarkets and divers shops you realize there is not much in them. A couple of cans, some biscuits, and powdered milk, and alcohol, there is always alcohol on the shelves. Many supermarkets specialize in one item – there is the diary shop where you get powder milk, one sort of cheese and very sour yogurt, there is the snacks shop that sells three sorts of snacks but nothing more, the sweets shop for two or three different candies. For people coming from western countries where diversity of products and companies is the rule this is almost like a culture shock. 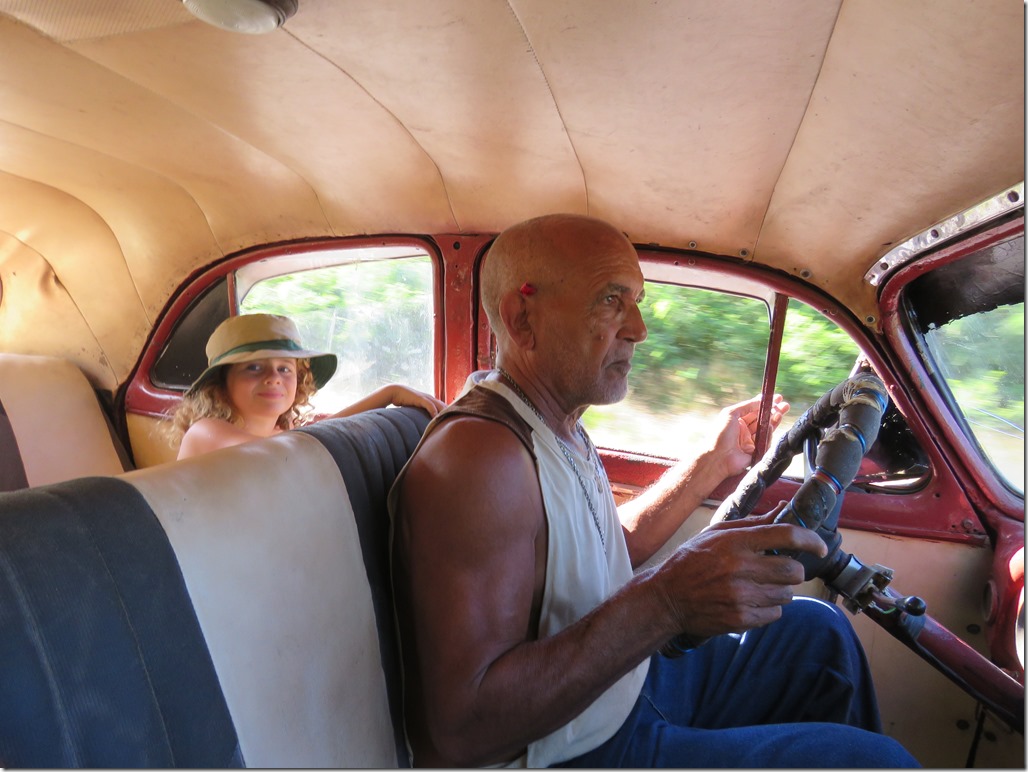 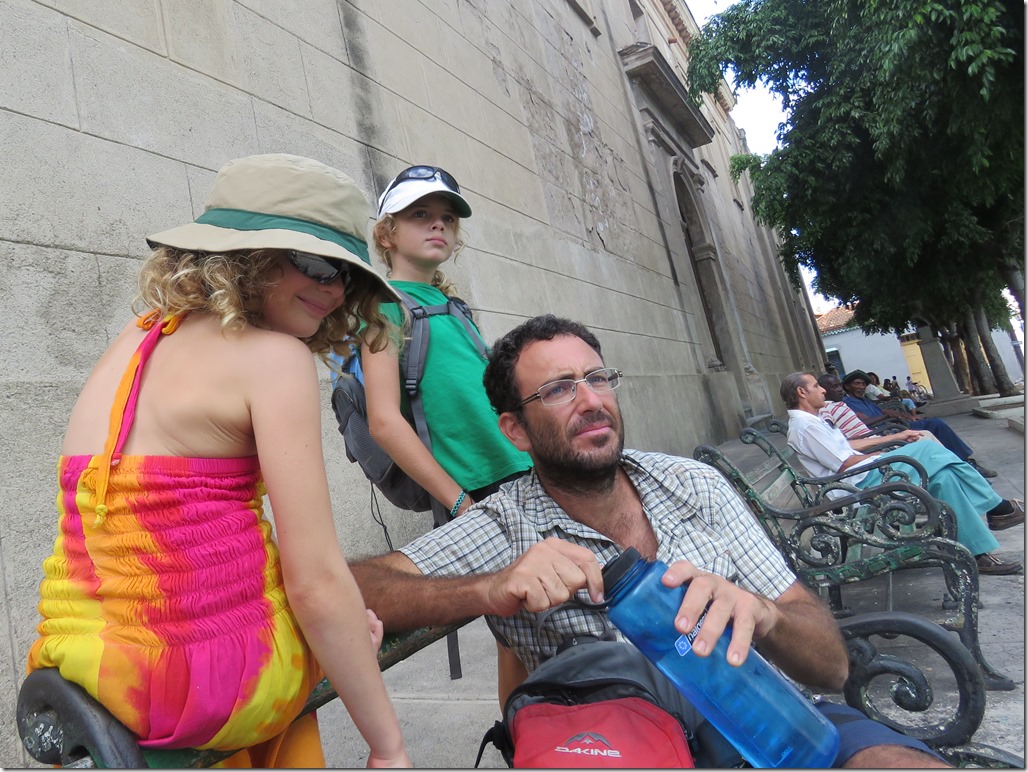 After there is the lack of disposable items like plastic bags and cups or napkins and even toilet paper. When you go to the fruits market, the butcher or even to buy flour you have to bring your own bags they do not have any. The concept of coffee to go does not exist and in most coffee shops people actually drink it while standing, smoking a cigarette and moving on. Ice-cream is sold without plastic spoons and napkins are non-existent. Even the ‘barbe-a-papa’ (cotton candy) is handed to the kid which in turn holds it from the puffy sticky sugar threads while the seller keeps the stick. And never leave home without toilet paper. 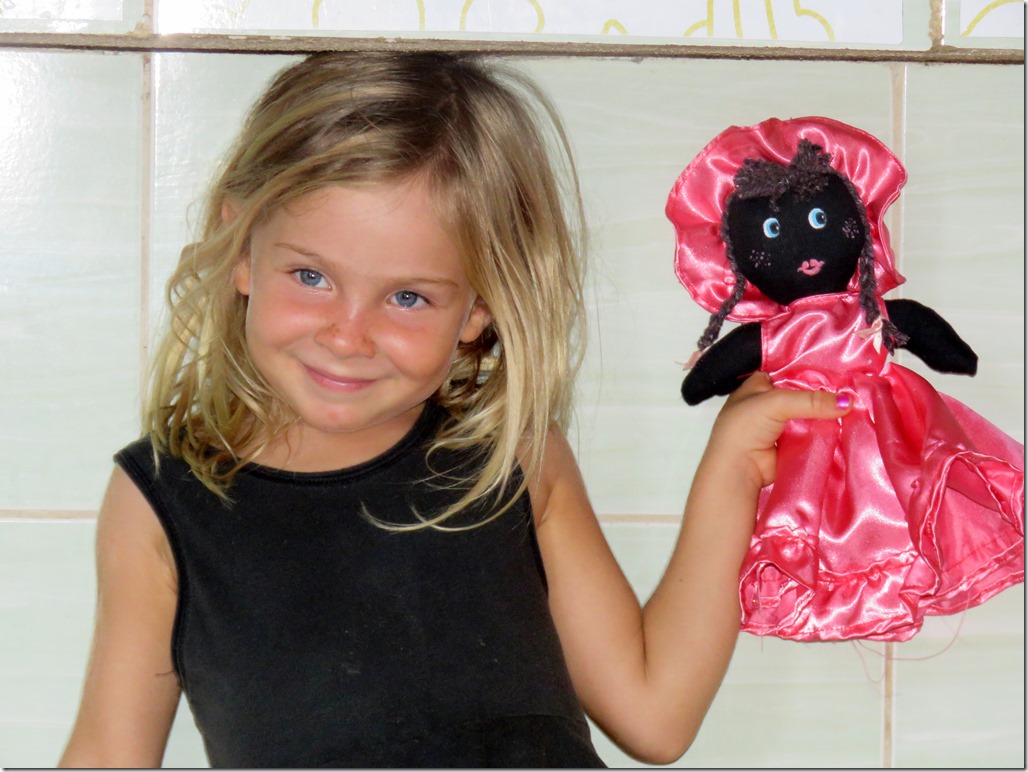 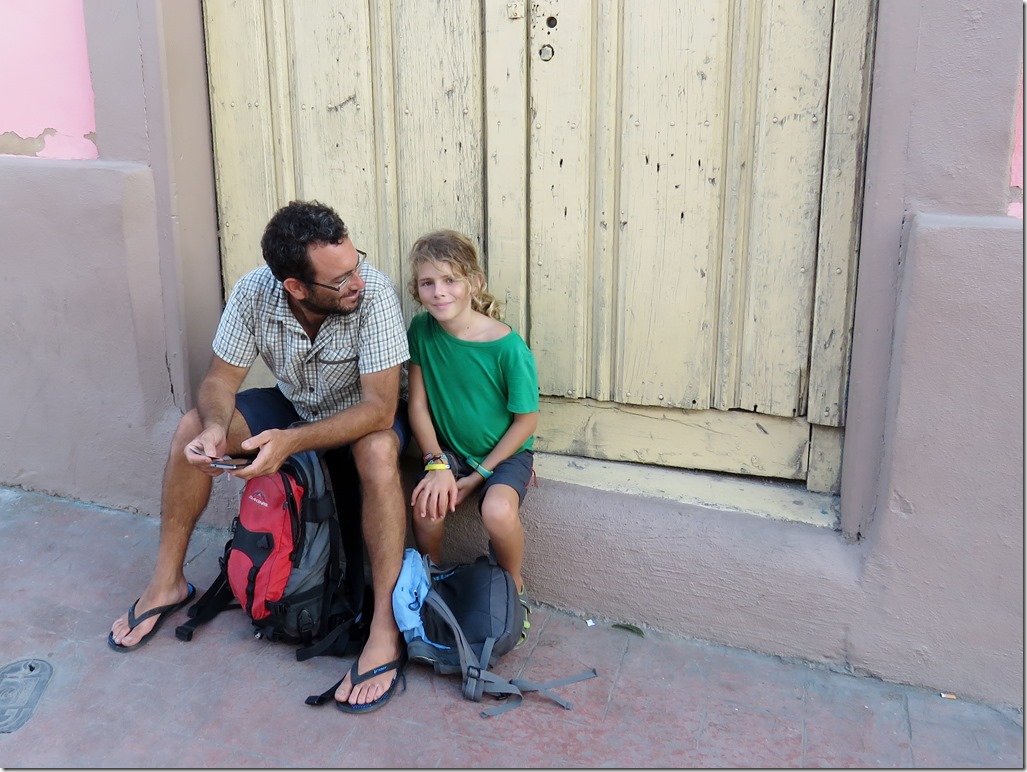 Take money for example, in all countries we visited we could either pay in dollars or simply go to the nearby ATM and withdraw money. Not in Cuba. Here there are two types of currencies – CUC, sometimes referred to as dollars, and CUP, also known as moneda nacional or pesos. The first is for us, the tourists, the second for the Cubans. But to get around you better have both. In the market, the bakery, and the small shops pesos are used. In the marina, for our Cuban visa, in hotels, taxis, internet wifi cards and museums you need CUC. Sometimes they seem to be interchangeable, as if one CUC note is simply a 25 note of moneda national. For example, we paid a taxi 5 CUC and 50 pesos for a ride he asked 7 CUC and in the market you can pay in CUC and receive the change in pesos. But things are not as simple and apparently there are some special cases where CUC marks us apart from the local cubans. In the marina and museums they accept only CUC, we could not pay with pesos and in public transport they insist that we pay the same amount as the locals but in CUC so if a Cuban pays 1 pesos for a ferry ride to go from Punta Gorda, where the marina is, to downtown Santiago we needed to pay 1 CUC – 25 times more.

And Cuba is unlike any other Caribbean island we visited in its time. One of the first thing you learn when you arrive to ‘the islands’ is the concept of island time which means time is flexible and people do not treat it with the seriousness we are used to back home. But in Cuba people are very poncutel and when you make an appointment with a taxi driver or even a neighbor they will always be on time. 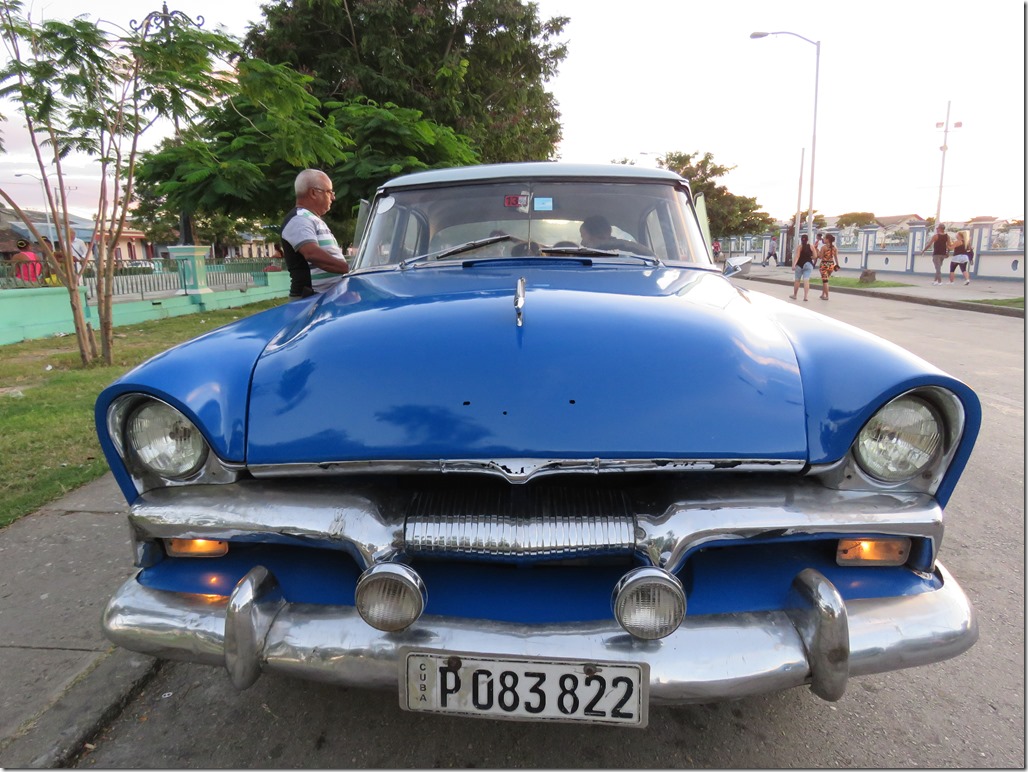 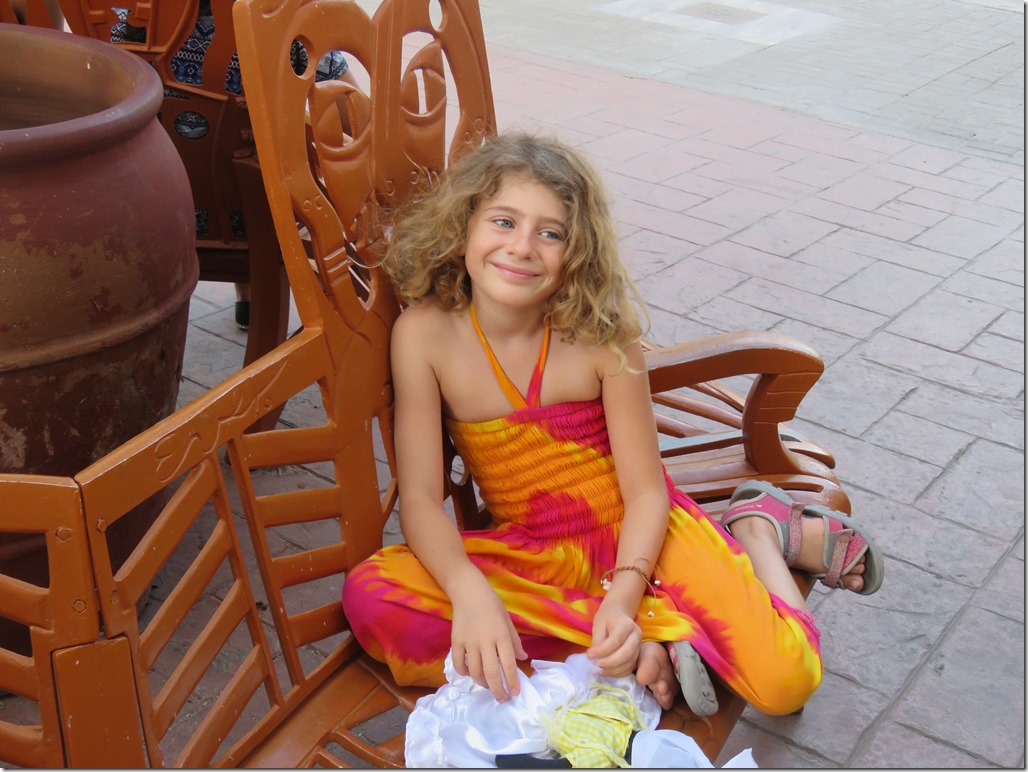 How different Cuba is even more apparent when it comes to us the cruisers.

When you live on a boat your dinghy is your car and we use it to go from our boat anywhere – to the nearby beach, to visit our boat friends, to explore the island on the other side of the bay, to do shopping in town, we simply get into the dinghy and go places. The only thing that restricts our possibilities are the natural elements – wind, swell, and accessibility of the shore – if there is a place to land our dinghy. Not in Cuba. As the harbor master instructed us on our first day – we are allowed on shore from the marina’s dock and nowhere else. We are free to go from our boat to the marina, or to other boats in the bay but we cannot go anywhere else, if we want to go on land we have to do it from the marina. 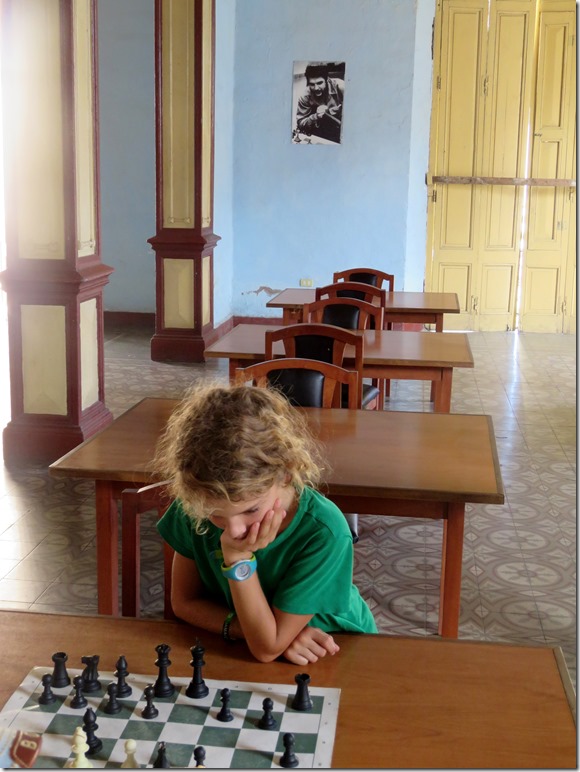 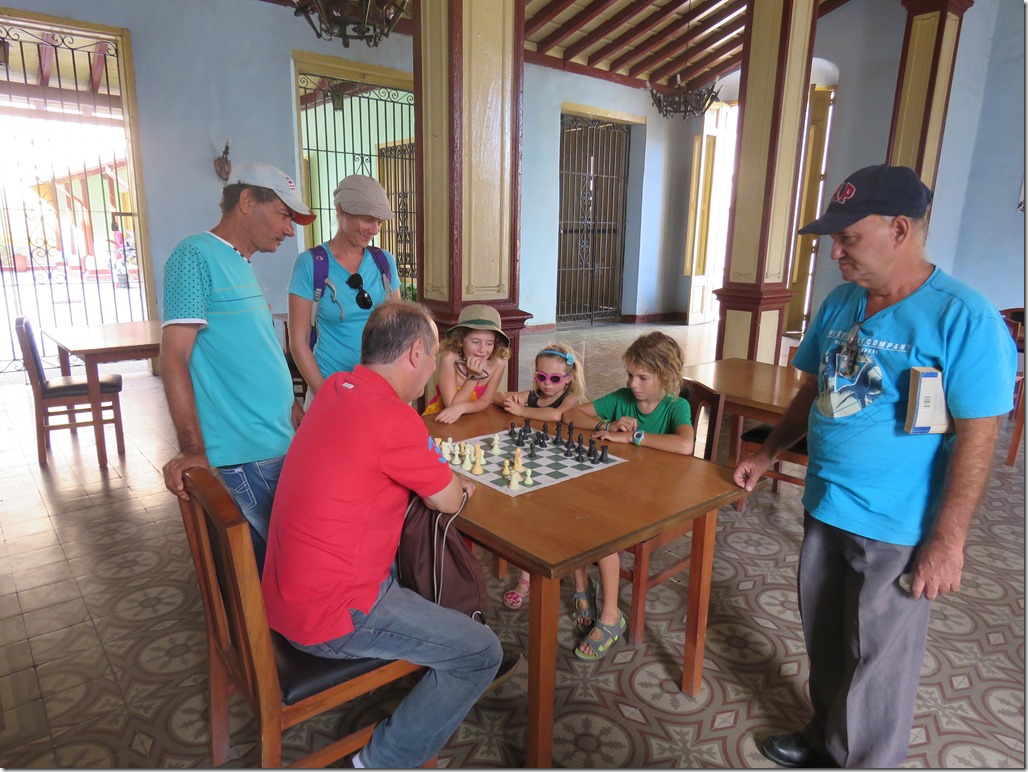 One evening we and a couple of other boats that anchor in the bay with us wanted to have dinner at the restaurant that sits on the beach behind Nomad. As it was quicker to go by dinghy than walk around the bay from the marina dock to the restaurant we went to ask for permission from the harbormaster to land our dinghy on the beach. We did get a permission but we all had to meet on our boat (we were the closest to the shore) and then with only one dinghy, doing a couple of trips, go on land.

Another Cuban specificity – Cubans are not allowed to come on board our boats. That night we went to eat at the restaurant with only one dinghy, well, our new Cuban friend Angel and his little daughter came with us. But he had to join us by foot as he was not allowed to come with us on our boat. Another example, Ragnar wanted to fill gas to his fridge cooling unit and he found a fridge mechanic that could do it. Only problem, the officials in the marina did not allow them to come overboard to work on his boat… 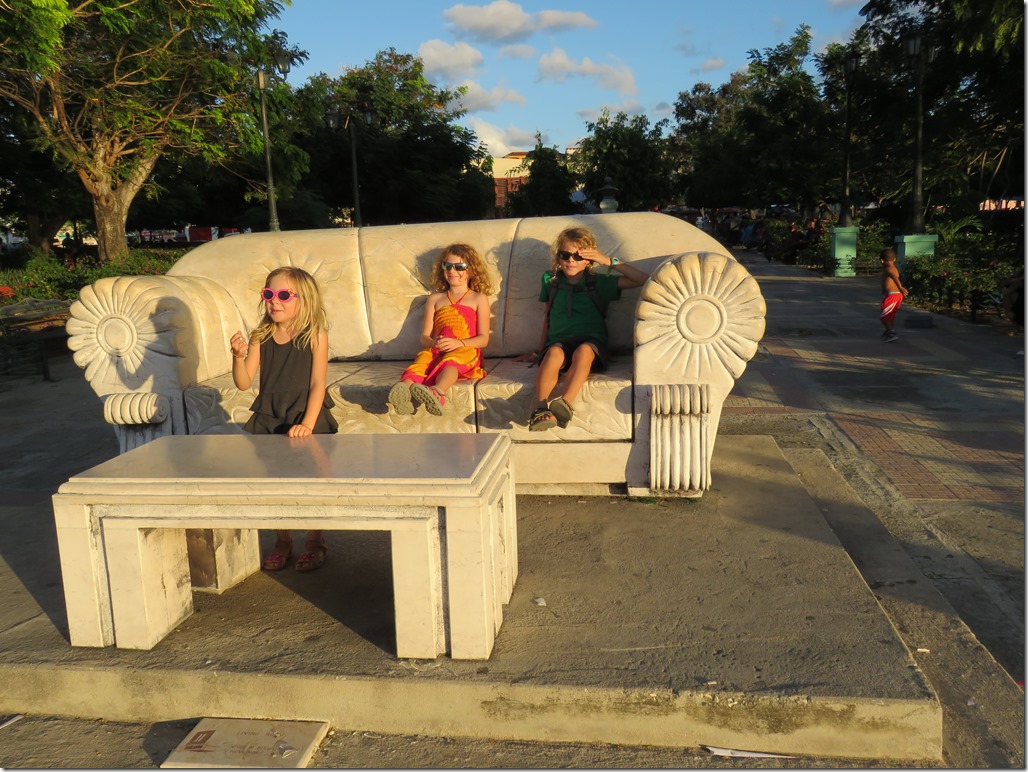 watching the sunset from the living room 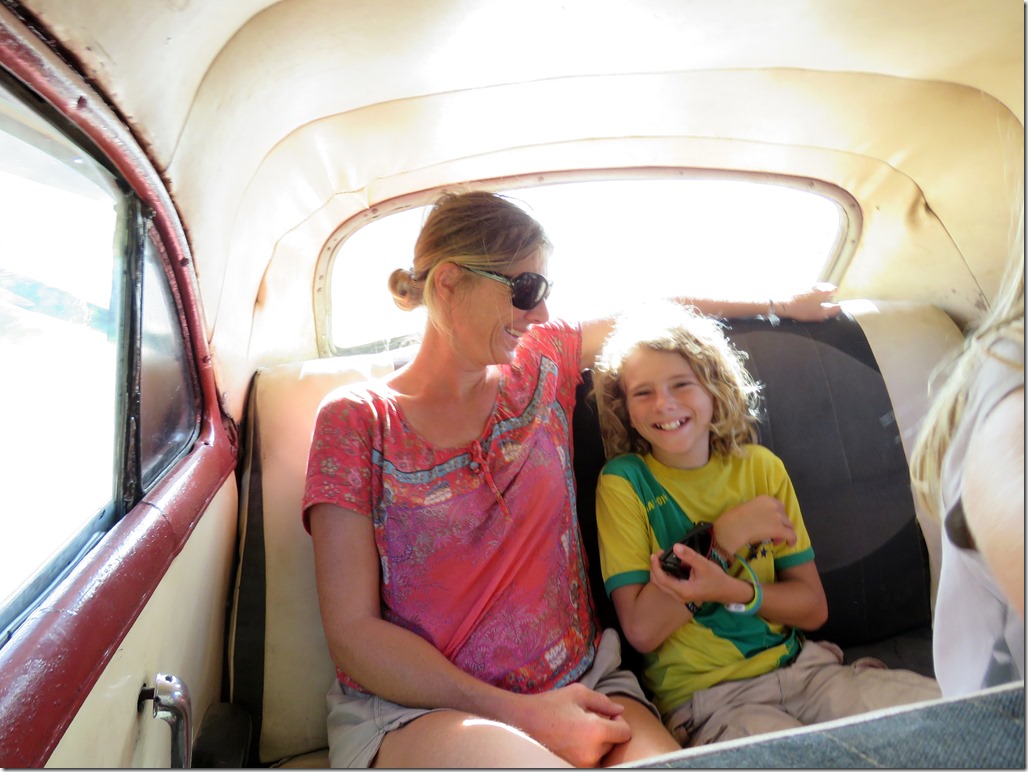 The guidebook warned us about the hustlers of downtown Santiago but we hadn’t have any problem. Maybe after Jamaica the Cuban hustlers seem like harmless passersby. On one occasion an old lady stopped us and asked with a smile if we could give her some coins. Virginie told her we wont give her money but we could give her this – and she took out a cereal bar. The smile on her face got even bigger and she took Virginie in her arms and gave her a warm hug for at least a minute, than turned to me and did the same thing while saying ‘gracias’ a million times. 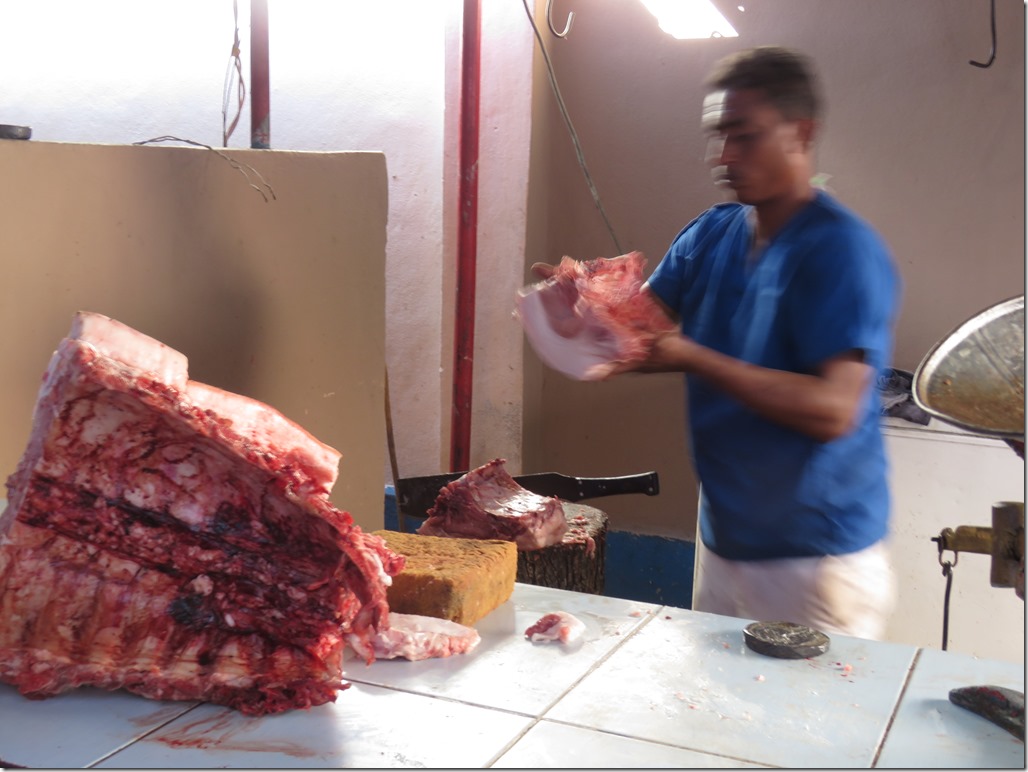 Buying meat at the market 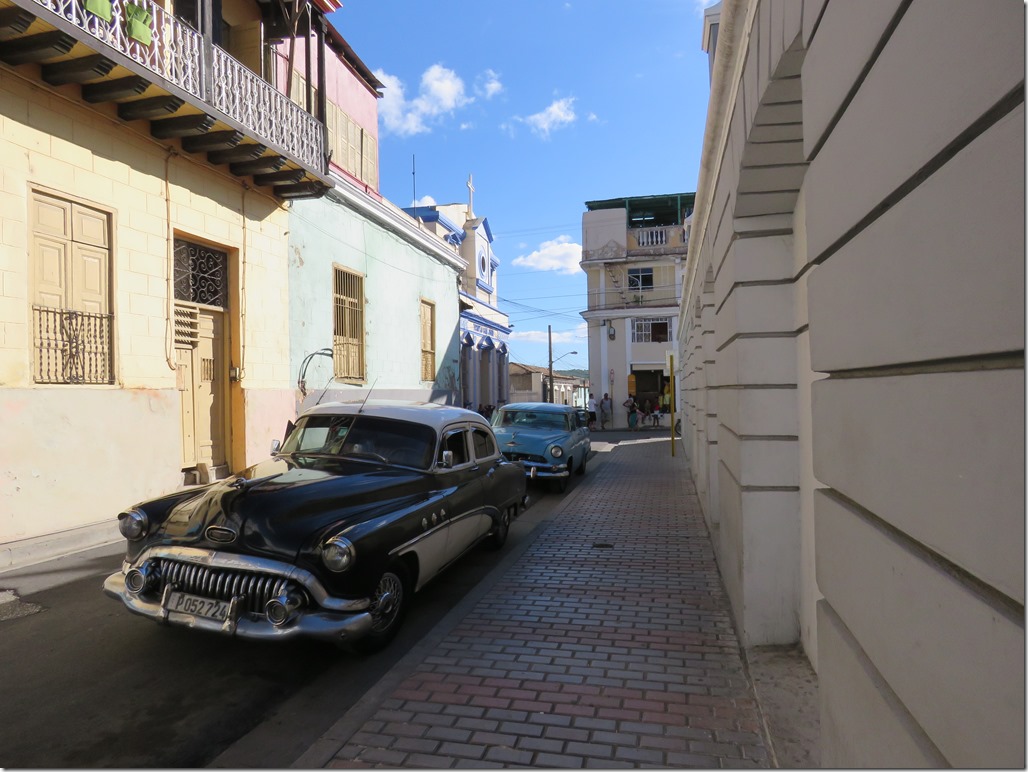 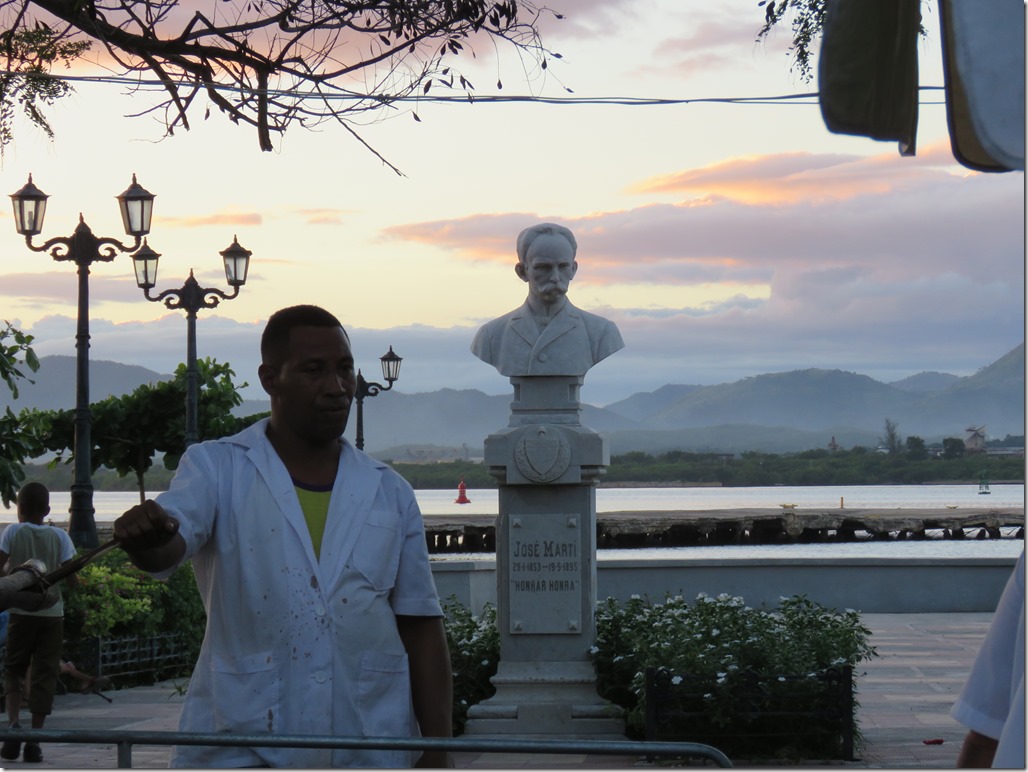 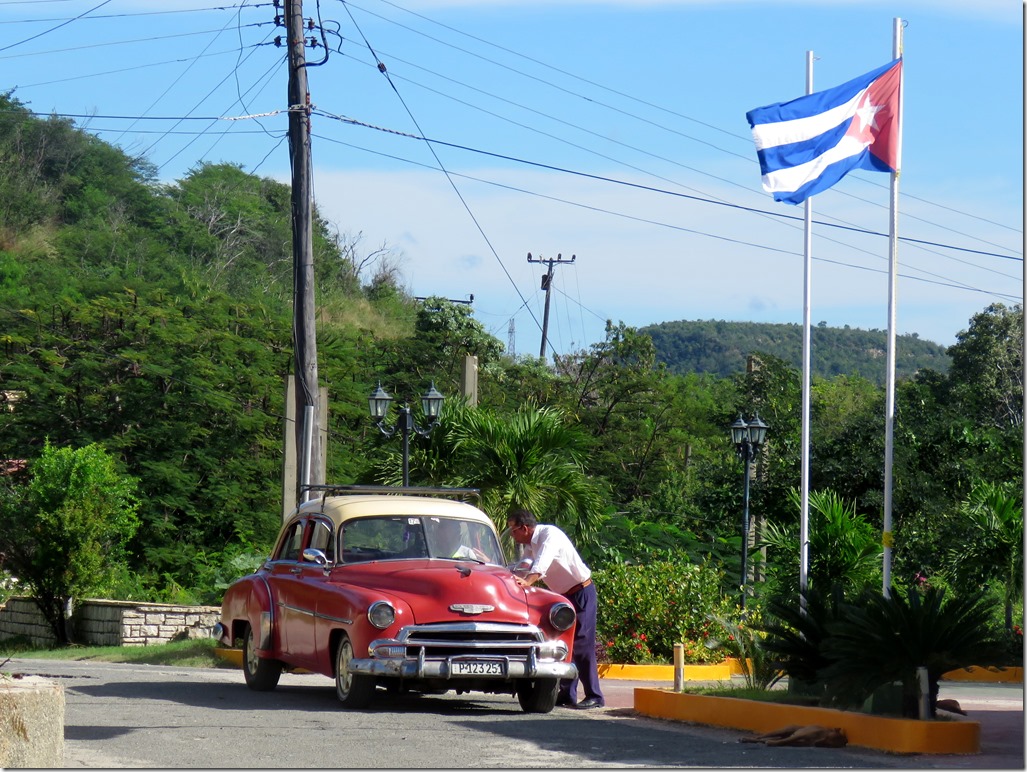 But I think that the most striking feature Cuban reality is how, behind the nice clothes and healthiness of the Cuban hides real poverty and their need for basic items like soap, fishing hooks and reading glasses. They rarely will come to us asking for money. Instead they ask to exchange things. They ask for old electronics, clothes, soap, fishing gear, rum, in return they will drive you to town, take you on a tour, or give you meat or cigars.

This is by far the poorest country we visited.

As one Cuban told us, it is impossible to die of hunger in Cuba as the government gives everyone some rice, beans and maybe even a little meat. They even have free education and health care but apart from this  – not much.

And in between our visits to town we found the time to install a new hatch instead of the one that cracked in Jamaica. 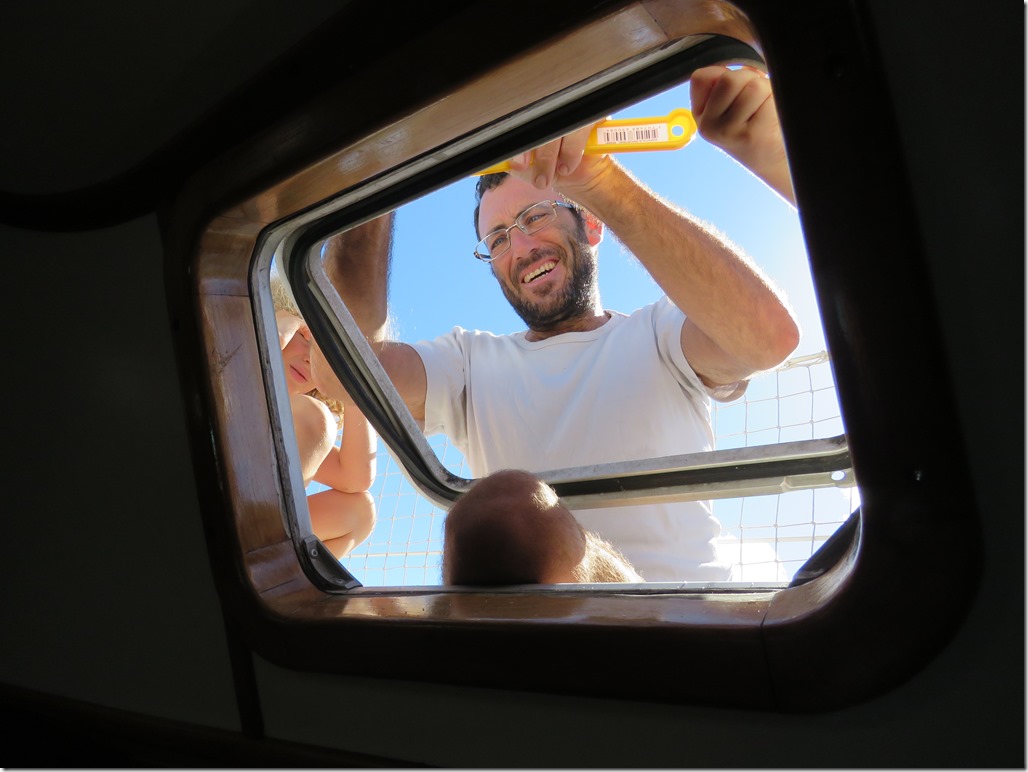 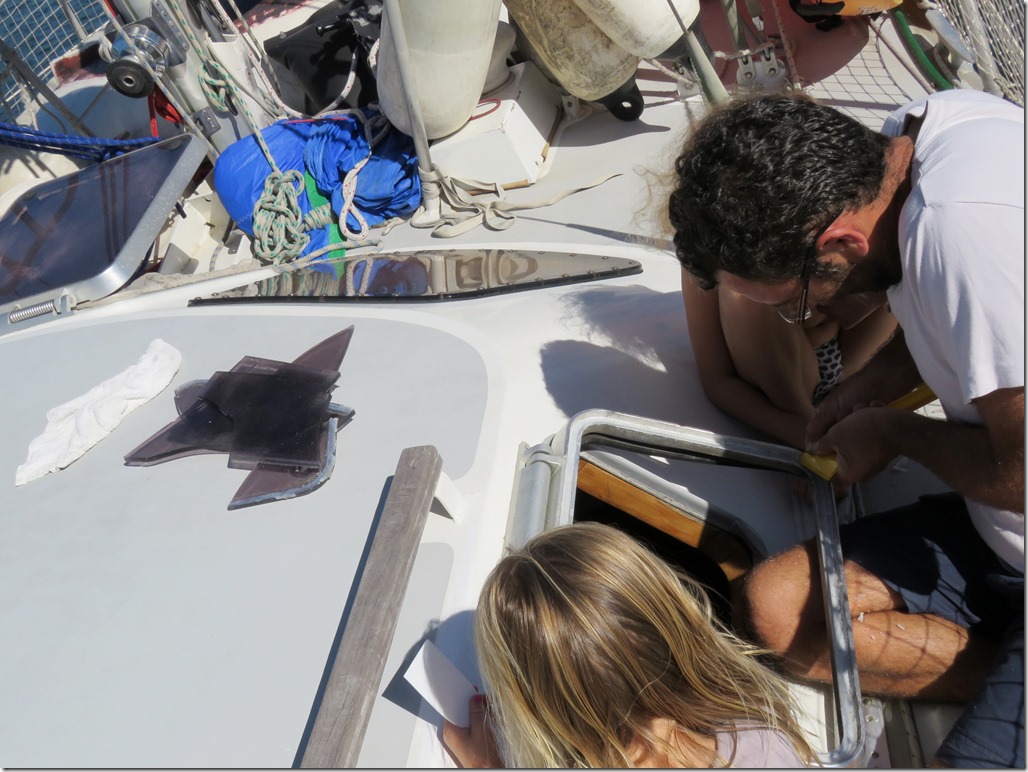 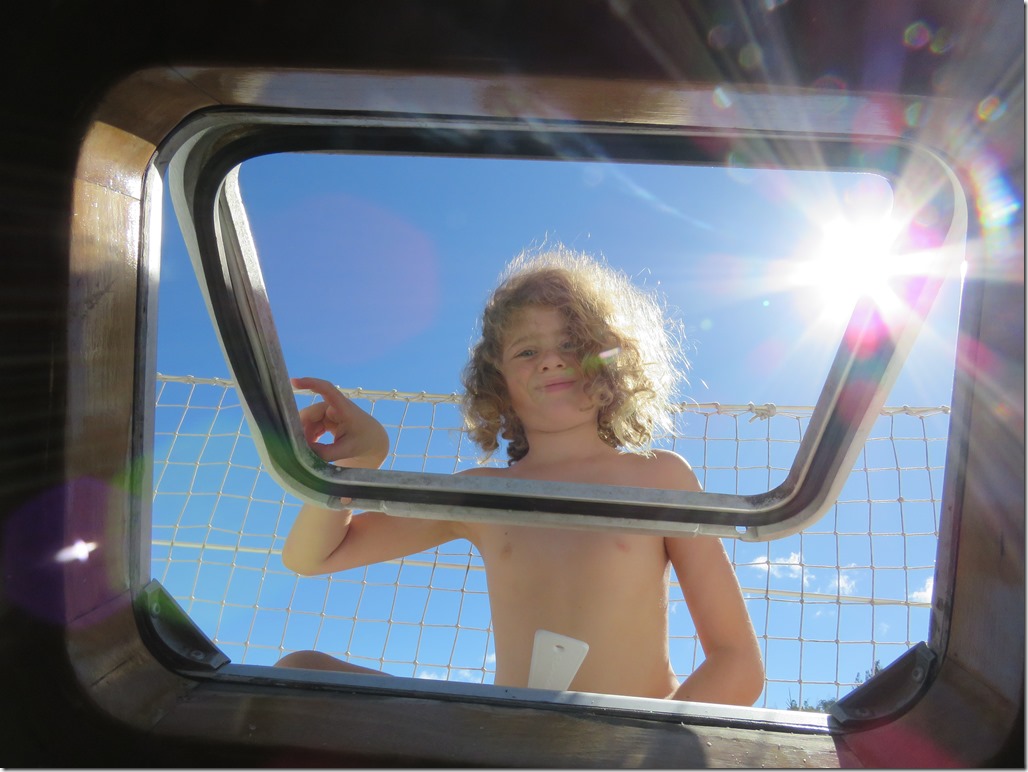